So what are institutions? We sometimes talk of things like banking institutions, or medical institutions, which sometimes evoke ideas of institutions as places, whereas institutions are really a mechanism of society. We create institutions as a way to govern and maintain society – they are structures that hold together social life. For example, we sometimes speak of the family as an institution. We are not referring to some discrete object when we talk about family – we are interested in the relationships that we have grouped together under the label of family. Different societies have different groupings under that label. For some, it might be the nuclear family. For other societies, it might be the extended family, or some other set of relations beyond notions of biology. What is important to remember is that each institution reflects and supports the values of the society in which it is situated.

Societies build and maintain institutions to create and perpetuate acceptable modes of behavior and interaction that help propagate and stabilize that society. In capitalist societies, banks are considered an institution in that they refer to a relationship of labour and capital. In the economic crashes of the early 21st century, banks were said to be destabilizing. This means that the relationships that form the institutions of banking were seen to be weakening, and as such, we saw a commensurate change in the notions of labour and capital, and their relationships and roles within society.

That’s a lot of looping around, so let’s take a look at an example that has a number of different communicative elements. Let’s look at smoking.

Smoking as a social issue and a personal behaviour has now entered the public health discourses. It is now related to and reflects a negative social position – smoking is seen to be socially undesirable, and these negative connotations are framed in terms of health and wellness.

This is a relatively recent change. In the first half of the 20th century, smoking occupied a different institutional position, and was part of a different set of discourses related to relaxation and social desirableness. In the immediate post-war period, smoking was seen as a masculine pursuit, and women did not smoke publicly until smoking as a sign entered into discourses around female enfranchisement and the gendering of power. With the rise of public relations, discourses of smoking as a socially acceptable activity for both men and women were constructed by the early ad men, reflecting a developing institutional idea of feminine power. They even came up with the tagline ‘torches of freedom.’ (Bernays) Smoking was a public performance of power, prestige, and luxury and so the sign of smoking became associated with such discourses.

To propagate the business of smoking (a very profitable industry) as the first negative health impacts of smoking became apparent, the discourses surrounding smoking shifted again, and we started to see the rise of the early medical and health rhetorics to counteract the negative discourses of smoking-related illnesses. So in the advertising around cigarettes from 1960 to 1990, we can see a tension between two competing institutional discourses – smoking as being good for you (social discourse) and smoking as being bad for you (medical/health discourse). 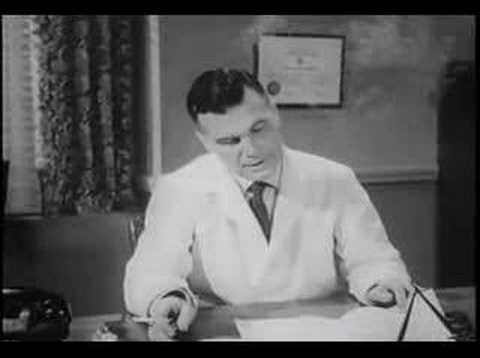 A YouTube element has been excluded from this version of the text. You can view it online here: https://opentextbc.ca/mediastudies101/?p=102

Slowly, over the decades, the smoking-as-unhealthy discourse gained dominance, and smoking shifted more fully to fit into discourses of health and social wellness as the institutional landscape around medicine, the human body and leisure were renegotiated to take into account these new relationships and the new signification of smoking cigarettes.

Now, smoking is something of a social taboo, reflecting the new dominant ideologies around smoking and the relationships that represents between smoking and health, and evoking medical discourses and symbols and language of not only ill-health, but also signifiers of shame and ostracism. A YouTube element has been excluded from this version of the text. You can view it online here: https://opentextbc.ca/mediastudies101/?p=102

We can see similar trajectories of discourses and institutions regarding race, class and gender throughout history. Over time, as new ideologies gained social power, old institutions underwent a period of disruption, and new institutions, new sets of social relations, were built up in their place.