Generally speaking, the policy of news organizations is that PR-generated messages are checked, edited, and supplemented by information independently generated by news professionals before running. In fact, much PR appears in mass media, but most of it is produced for specialized media such as trade, association, and employee publications. Public relations messages are also a part of what is referred to as “strategic communications” along with advertising in that there is a strategic objective in the crafting of the message to influence people’s opinions or purchasing decisions.

Just as there are various forms of news and advertising messages, there are a number of forms of public relations messages, and a set of information tasks for communicators.

1) Internal PR – These include corporate newsletters, crisis management plans, corporate intelligence reports, and other forms of communication that are intended for the internal audience of employees and officers of a company. Also included here are the annual reports prepared for stockholders in publicly-held firms. These types of public relations media are information-rich and the information tasks include having an extensive understanding of the company, the issues and problems the company faces, the finances of the firm and any other factors that employees and stockholders would have an interest in knowing about. EXAMPLE 2) News releases – News releases are sent to media outlets by PR specialists who want to generate interest for their client or company. A news release might be prepared:

The best news releases are produced to have the look and feel of a news story that might have been produced by news professionals. They therefore share many of the same information characteristics as news reports. The one big difference, as we have already stated, is that PR specialists are not obligated to tell all sides of the story. The information tasks for news release producers are very similar to those for feature story journalists.

3) Broadcast (video) news releases – A video news release (VNR) is simply a news release in the form of a broadcast news story. The video and voice-over are designed to look like a piece that you would see on any television news program. B-roll footage, or video images sent to the media, is closely related to a VNR. The difference is that b-roll does not include a narrated voice-over, and is not edited as a ready-to-go news package. Reporters use b-roll footage from companies to enhance their own stories. For example, for a new movie release the promotion company might send out b-roll footage of the filming to be used in a story or review. EXAMPLE

An audio news release (ANR) is designed to be played on the radio. The audio clip might be a “voicer,” a news story recorded by a PR professional in the style of a radio announcer; or the clip might be an “actuality,” the actual voice of a newsmaker or news source speaking. These types of messages are usually accompanied by a print news release or an announcement to alert news professionals that the VNR or ANR is available. ANRs EXPLAINED

Once again, these announcements are produced to have the look and sound of reports produced by news professionals, but with a different standard for completeness of information. PR news releases rarely include information representing all sides of the issue. For that reason, it is generally considered an ethical breach to use information from a VNR or ANR without attributing it to the source so the news audience isn’t confused about where the information originated. But the information tasks are again similar to those for feature journalists.

4) Media kits – Media kits consist of a fact sheet about the client or event, biographic sketches of major people involved, a straight news story, news-column material, a news feature, a brochure, photographs, and for those kits delivered digitally, audio and video segments. Often, media professionals package these materials in a folder or other unique format that is professionally designed and printed, or post the materials on a website specifically created for the distribution of the media kit content. Public relations organizations create media kits with the intent of providing story ideas for news professionals, as well as to generate interest and attention for the client. For example, the Salvation Army might update its “Kettle Bell Ringing” media kit before the holiday season each year. Magazine publishers create media kits to attract advertisers by highlighting the size and quality of their audiences, the effectiveness of their editorial content and the prices for placing an ad. With all the different components that go into a media kit, you can understand that the information tasks for communicators producing these types of messages are large in number and detailed in requirements. EXAMPLE 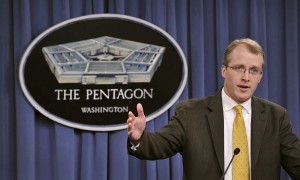 5) Backgrounder or briefing session – PR specialists provide in-depth information about an issue or event for reporters in backgrounders or briefing sessions. The PR people offer handouts (information sheets or reports) and the principal news source about the issue or event makes a presentation. Unlike news conferences, there is little give and take between reporters and the moderator of these sessions. They are used to explain a policy or situation rather than to announce something. The National Transportation and Safety Board (NTSB), for example, might hold a briefing session following an airplane crash. The handouts prepared for these sessions are sometimes quite extensive, requiring solid information preparation among the PR specialists working on the handouts. The information tasks for the PR specialists include the need to anticipate the types of questions journalists will ask and the depth of follow-up material they need to provide.

6) News conferences – There are two categories of news conferences: information or personality. The information news conference usually has a single motive – someone wants media attention for an announcement, for an update on a breaking event, for follow-up about an investigation, or some other specific item of interest to news professionals. There is give and take as reporters ask questions of the person at the podium. EXAMPLE Information tasks for a news conference include preparing an opening statement, a briefing paper for the person which anticipates reporters’ questions, and social media content that can be shared during and after the news conference. There may also be a handout outlining the major points made in the announcement. Again, PR specialists must understand what makes news and prepare their news conference information to meet those requirements. 7) Media tour – Like a briefing or background session, the purpose of a media tour is to provide in-depth information to reporters. However, the format of the meetings that take place on the media tour is often highly interactive, with one-on-one between a reporter and company official (and public relations specialist). The nature of the information provided as part of a media tour is generally slightly less timely than what would be discussed as part of a news backgrounder or briefing. A media tour might be arranged so that reporters can “demo” a new high-tech product while a company representative walks them through the features. PR specialists’ information tasks include knowing what will be most interesting to the journalists on the tour and what can and can’t be shared as part of the event. 8) Special events – PR specialists may plan special events (sometimes disparagingly-labeled “pseudo-events”) for clients who want media attention for a cause or issue. There may be a jump-rope-a-thon for cancer research, or a grain company may sponsor a food lift for famine victims. These events must be planned to have news value, and the information that is generated to announce and entice coverage by news professionals must have all of the same characteristics that we have already mentioned. Coverage of these types of events is usually framed as a feature, with similar information tasks for PR practitioners.

9) Responses to media inquiries – There are cases when a company may not proactively send out a news release or hold a press conference, but may receive requests from the media for comment. Public relations employees are there to respond to reporters’ requests for quotes, examples or explanations. In these cases, the public relations practitioner needs to act quickly to help meet the journalist’s deadline, and the information tasks involve gathering additional background information about the situation and arranging a meeting or conference call with company management to discuss how best to respond. Getting back to a reporter in a timely manner is key to maintaining good relationships with the media, even if the response is that your company will not be able to provide the requested statement or information at that particular time. Keeping the reporter informed is always a better approach than “stonewalling.”

10) PR features – As is the case for advertising message types, many PR firms and corporate communications professionals are creating branded content or native ads. This is sometimes referred to as “owned media” when it is created by the sponsoring company itself. Companies may create entire websites, magazines or video channels specifically for this type of “owned media” content. The communicator must have solid background information about the product, service or topic AND must know how to write like a journalist as part of the information tasks necessary to be successful. EXAMPLES