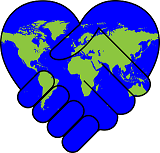 This question is much more complicated than it seems because bias has a variety of meanings. An everyday meaning of bias often involves the fairness of using standardized test results to predict potential performance of disadvantaged students who have previously had few educational resources.

In this view, test scores reflect societal inequalities and can punish students who are less privileged, and are often erroneously interpreted as a reflection of a fixed inherited capacity. Researchers typically consider bias in more technical ways and three issues will be discussed: item content and format; accuracy of predictions, and stereotype threat.

Item content and format. Test items may be harder for some groups than others. An example of social class bias in a multiple-choice item asked students the meaning of the term field. The students were asked to read the initial sentence in italics and then select the response that had the same meaning of field (Popham 2004, p. 24):

My dad’s field is computer graphics.

Testing companies try to minimize these kinds of content problems by having test developers from a variety of backgrounds review items and by examining statistically if certain groups find some items easier or harder. However, problems do exist and a recent analysis of the verbal SAT tests indicated that whites tend to score better on easy items, whereas African Americans, Hispanic Americans and Asian Americans score better on hard items (Freedle, 2002). While these differences are not large, they can influence test scores.

Researchers think that the easy items involving words that are used in everyday conversation may have subtly different meanings in different subcultures whereas the hard words (e.g. vehemence, sycophant) are not used in every conversation and so do not have these variations in meaning. Test formats can also influence test performance. Females typically score better at essay questions and when the SAT recently added an essay component, the females overall SAT verbal scores improved relative to males (Hoover, 2006).

Standardized tests are used, among other criteria to determine who will be admitted to selective colleges. This practice is justified by predictive validity evidence—i.e. that scores on the ACT or SAT are used to predict first year college grades. Recent studies have demonstrated that the predictions for black and Latino students are less accurate than for white students and that predictors for female students are less accurate than male students (Young, 2004).

Groups that are negatively stereotyped in some area, such as women’s performance in mathematics, are in danger of stereotype threat, i.e. concerns that others will view them through the negative or stereotyped lens (Aronson & Steele, 2005). Studies have shown that test performance of stereotyped groups (e.g. African Americans, Latinos, women) declines when it is emphasized to those taking the test that (a) the test is high stakes, measures intelligence or math and (b) they are reminded of their ethnicity, race or gender (e.g. by asking them before the test to complete a brief demographic questionnaire).

Do teachers teach to the tests?

There is evidence that schools and teachers adjust the curriculum so it reflects what is on the tests and also prepares students for the format and types of items on the test. Several surveys of elementary school teachers indicated that more time was spent on mathematics and reading and less on social studies and sciences in 2004 than 1990 (Jerald, 2006). Principals in high minority enrollment schools in four states reported in 2003 they had reduced time spent on the arts.

Recent research in cognitive science suggests that reading comprehension in a subject (e.g. science or social studies) requires that students understand a lot of vocabulary and background knowledge in that subject (Recht & Leslie, 1988). This means that even if students gain good reading skills they will find learning science and social studies difficult if little time has been spent on these subjects.

Taking a test with an unfamiliar format can be difficult, so teachers help students prepare for specific test items and formats (e.g. double negatives in multiple choice items; constructed response).