What are the effects of an increase in demand? As the population of California has grown, the demand for housing has risen. This has pushed the price of housing up and also spurred additional development, increasing the quantity of housing supplied as well. We see such a demand increase illustrated in Figure 2.10 "An increase in demand", which represents an increase in the demand. In this figure, supply and demand have been abbreviated S and D. Demand starts at D1 and is increased to D2. Supply remains the same. The equilibrium price increases from p1* to p2*, and the quantity rises from q1* to q2*.

Figure 2.10 An increase in demand 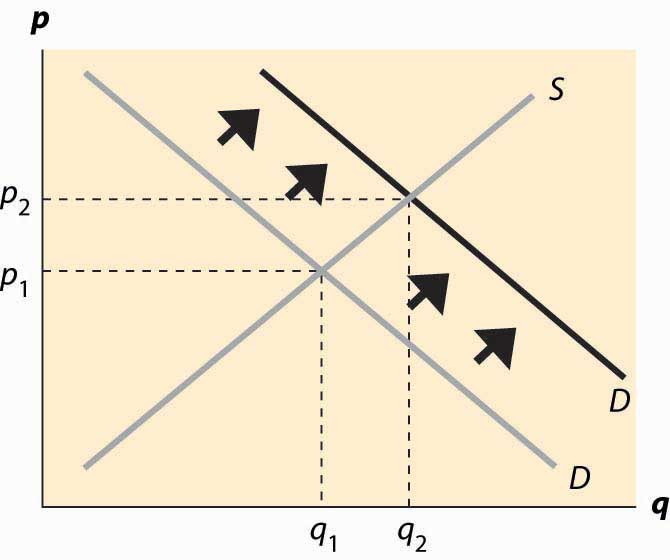 An increase in supply comes about from a fall in the marginal cost: recall that the supply curve is just the marginal cost of production. Consequently, an increased supply is represented by a curve that is lower and to the right on the supply–demand graph, which is an endless source of confusion for many students. The reasoning—lower costs and greater supply are the same thing—is too easily forgotten. The effects of an increase in supply are illustrated in Figure 2.11 "An increase in supply". The supply curve goes from S1 to S2, which represents a lower marginal cost. In this case, the quantity traded rises from q1* to q2* and price falls from p1* to p2*.

Figure 2.11 An increase in supply 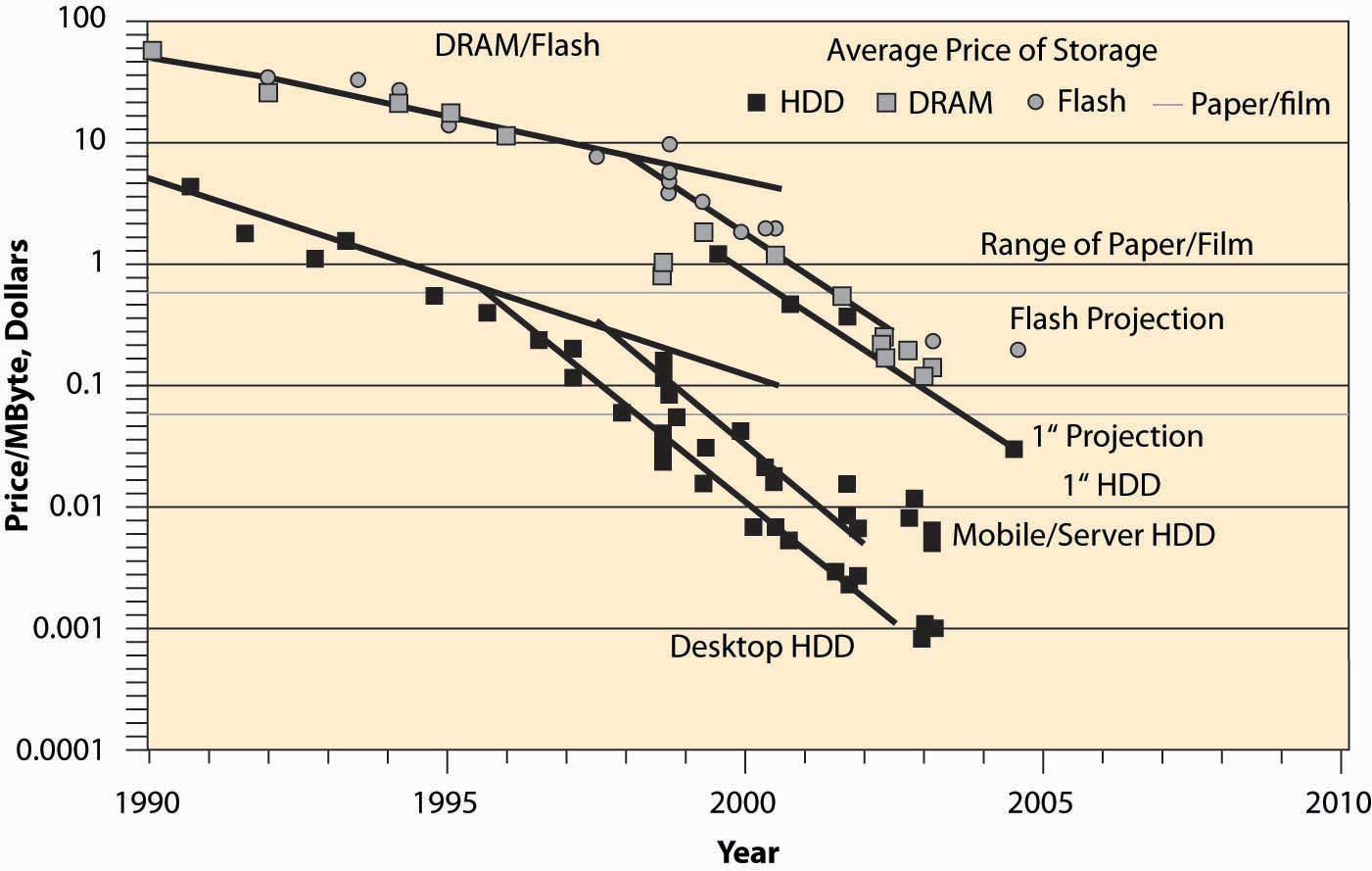 When the price of gasoline goes up, people curtail their driving to some extent but don’t immediately scrap their SUVs to buy more fuel-efficient automobiles or electric cars. Similarly, when the price of electricity rises, people don’t immediately replace their air conditioners and refrigerators with the most modern, energy-saving ones. There are three significant issues raised by this kind of example. First, such changes may be transitory or permanent, and people react differently to temporary changes than to permanent changes. Second, energy is a modest portion of the cost of owning and operating an automobile or refrigerator, so it doesn’t make sense to scrap a large capital investment over a small permanent increase in cost. Thus, people rationally continue to operate “obsolete” devices until their useful life is over, even when they wouldn’t buy an exact copy of that device. This situation, in which past choices influence current decisions, is called hysteresis. Third, a permanent increase in energy prices leads people to buy more fuel-efficient cars and to replace their old gas-guzzlers more quickly. That is, the effects of a change are larger over a time period long enough that all inputs can be changed (which economists call the long run) than over a shorter time interval where not all inputs can be changed, or the short run.

A striking example of such delays arose when oil quadrupled in price in 1973 and 1974, caused by a reduction in sales by the cartel of oil-producing nations, OPEC, which stands for the Organization of Petroleum Exporting Countries. The increased price of oil (and consequent increase in gasoline prices) caused people to drive less and to lower their thermostats in the winter, thus reducing the quantity of oil demanded. Over time, however, they bought more fuel-efficient cars and insulated their homes more effectively, significantly reducing the quantity demanded still further. At the same time, the increased prices for oil attracted new investments into oil production in Alaska, the North Sea between Britain and Norway, Mexico, and other areas. Both of these effects (long-run substitution away from energy and long-run supply expansion) caused the price to fall over the longer term, undoing the supply reduction created by OPEC. In 1981, OPEC further reduced output, sending prices still higher; but again, additional investments in production, combined with energy-saving investments, reduced prices until they fell back to 1973 levels (adjusted for inflation) in 1986. Prices continued to fall until 1990 (reaching an all-time low level) when Iraq’s invasion of Kuwait and the resulting first Iraqi war sent them higher again.

Short-run and long-run effects represent a theme of economics, with the major conclusion of the theme being that substitution doesn’t occur instantaneously, which leads to predictable patterns of prices and quantities over time.

It turns out that direct estimates of demand and supply are less useful as quantifications than notions of percentage changes, which have the advantage of being unit-free. This observation gives rise to the concept of elasticity, the next topic.