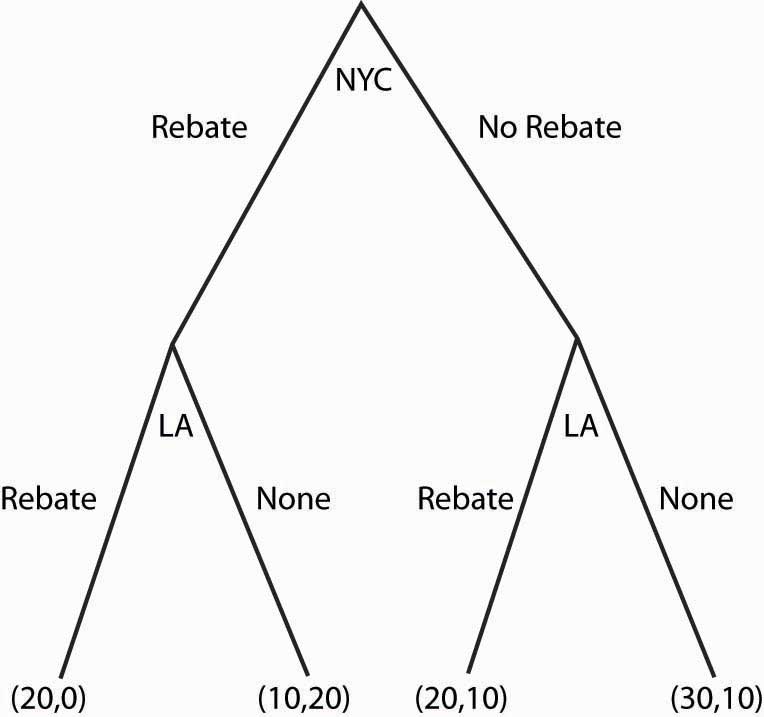 What NYC would like to do depends upon what NYC believes LA will do. What should NYC believe about LA? (Boy, does that rhetorical question suggest a lot of facetious answers.) The natural belief is that LA will do what is in LA’s best interest. This idea—that each stage of a dynamic game is played in an optimal way—is called subgame perfection. 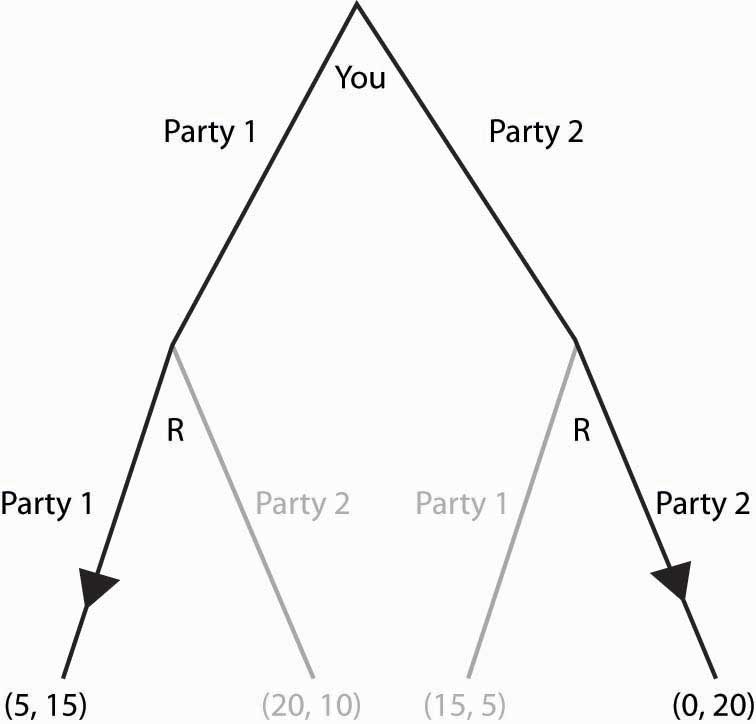