This chapter provides an overview of the entire project management process and applies to all the questions in the CAPM and PMP. However, it aligns well with Chapter 2 of the PMBOK and 4% of the CAPM is specifically dedicated to project life cycle and organization.

This chapter outlines the possible project organizational structures (both in terms of staff roles and communication channels) as the project progresses through its phases, from initiation to closeout. 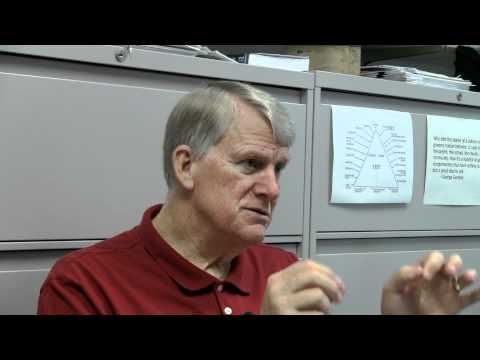 Well this turned out to be an interesting team. I was–this was my second project–training helicopter pilots and sensor operators and working with a very large client. This was my second project after graduate school. I had only been in the field for a year as a designer. The team ended up being about twenty, twenty-five people by the time we were through. The kinds of people that I worked with were first of all, subject matter experts who were given to us by the customer, which was the Navy. We also had–on our team we had–I had an assistant designer who was not trained, but was experienced. And was a former member of the Navy, and that really helped a lot because he understood the context that we were working with, and he understood the personalities. He frequently had to save us from peril. I mean, here is this fresh out-of-the-can instructional designer out of college, inexperienced in the ways of the world, and this guy–guy named Bob Hoffman saved my bacon a lot of times. We had other people. I had an assistant instructional designer who was a good writer, served writing functions. We had a video producer, because we had to produce twenty video segments while we were doing this. I had a host of artists. We had a very large art shop it turns out. There were different varieties of artists. We had a cartoonist, a guy named Johnny Hawk, who was very good. We had a serious technical–straight lines–you know with straight edge and everything. We had one of those. We had, one of the categories that we had that was very interesting to work with was what were called paste-up artists. In those days we didn’t have desktop publishing at all. I mean, a word processor was still a Wang machine that came as a thing that sat beside your desk, it was huge. We didn’t have, we couldn’t create, design the layouts. And so they would have to use a special processor called a compositor to print out on glossy certain kind of paper, the text that was going to be placed on a page. And these paste-up artists would have to come with their X-ACTO knives and their straight edges, and cut out a piece of text and glue it to the piece of paper. It was a really interesting process. Nothing in my training in college told me that there was this kind of a person. And yet I end up, or any of these kinds of categories of artists, and yet within a year after college I was managing a host of these people. It was a very interesting experience. Okay, well, we have editors. So we have fulltime employees and student employees. Our full-time employees kind of oversee the different functions. We have an editing function. The editing supervisor supervises student editors who take a first take and a second take on the courses. We also have a video supervisor who supervises our videographers. We have a flash supervisor, who supervises the flash programmers. So, and then, obviously an art director who supervises the artists. What I do as a project manager–I meet with the instructional designer and the different supervisors of those departments. And we meet at the beginning of a course and discuss what all the requirements will be for the course and collaborate. If there is an idea where originally the instructional designer thought that it would be good as a video piece, as we talk and meet perhaps the flash supervisor would have a better idea of how to best present it instructionally for the student. Something more interactive than just watching a video. So that’s how the roles are divided. In a project like the BYU Learning Suite project, which is a learning content management system, there are quite a few roles that are encompassed in that–in the development process alone, not to mention everything else. In the needs gathering phase of that we have consultants who contribute to, along with the instructional designers, the building of the design of what we’re going to produce. We have programmers who have to weigh in and say whether or not that is feasible. We have graphic designers who say “Gee if we have this kind of a format, then we’re going to have to do this with the layout”, and that kind of constricts us. Going back again to the stake holders we have faculty and students weighing in all along the way. And then of course we have the University administration giving us mandates. You have to do this and you have to do that. So the various roles as a project manager, you have to balance all those competing interests, and try to weigh, you know, when you get a mandate you have to weigh it against the realities of what you can do with the time, the scope, the money that you have. And then you take the resources, the people, the expertise that they have, and try to match it against all of those different competing agenda items. And you come up with a plan, and you try to execute against the plan.