Part of a communications plan is determining the type of computer software that will be used to create documents, spreadsheets, diagrams, and reports. The choice of software is related to the complexity of the project. 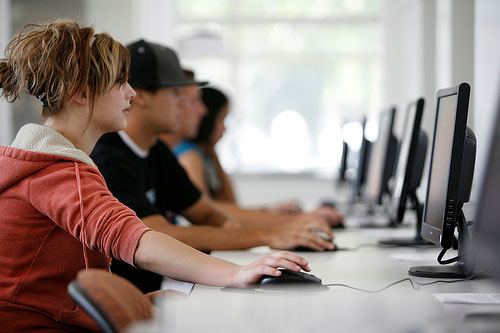 Basic projects can be managed using some of the features available in general-purpose software that is available in most offices.

Even the most basic project will generate numerous documents using word processing software. A communications plan can specify standards for these documents that make it easier to create, edit, combine, store, and retrieve the documents. Document standards include the following:

Word processing software programs display a document on a computer’s screen and allow the user to enter and edit text. When the file is saved to a storage device, the text and all the various formatting such as font and font size are converted to a code for efficient storage. The code varies from one word processing program to another and even between releases of the same program.

The most common word processing program, by a wide margin, is Microsoft Word (MS Word). Several releases of MS Word run on the Windows operating system and on the Macintosh operating system. Versions of MS Word released prior to 2007 save files in a proprietary format. The format is indicated by a period and a three-letter extension—.doc—that is automatically attached to the file when it is saved. Beginning with MS Word 2007 for Windows and MS Word 2008 for Macintosh, files are saved using a different format that is indicated by a period and a four-letter extension—.docx—that identify the newer format.

The combination of formatting, including font, font size, font color, shading, and other attributes used to display a segment of text and to identify its level of importance, is called a style. A style can be given a name and applied repeatedly to different portions of a document. Predefined styles are available in MS Word 2007 on the ribbon, on the Home tab, in the Styles group, as shown in Figure 6.10, “Style Choices”. Users can define their own styles and give them names. Some organizations prefer that all of their documents have similar fonts and styles for headings, body text, and figure captions.

If a particular type of document will be used repeatedly, it might be worth the time to create an example document—a template—that is formatted using the appropriate styles with blanks or placeholder text where the user can insert the information that describes a particular situation. A variety of templates are already available for download at no additional cost. For example, when a new document is created in Microsoft Word 2007, there is an option to choose a template such as the invoice template shown in Figure 6.2.

The template may be customized and used repeatedly for all the documents of that type, or the organization can design its own.

Spreadsheets are a display of data in row and column format—in which financial or numerical data can be manipulated. The intersection of the rows and columns are cells into which numbers, text, dates, and formulas can be entered. The formulas can utilize values found in other cells and display the results in the cell in place of the formula. If the value in a cell to which the formula refers is changed, all the formulas that use that cell’s value are immediately recalculated. This feature makes it convenient to examine several options quickly. Spreadsheets are often used to manage data on simple projects instead of a dedicated database or project management software.

The most common spreadsheet program, by a wide margin, is Microsoft Excel (MS Excel). There have been several releases of MS Excel that run on the Windows operating system and on the Macintosh operating system. Versions of MS Excel released prior to 2007 save files in a proprietary format. The format is indicated by a period and a three-letter extension—.xls—that is automatically attached to the file when it is saved. Beginning with MS Excel 2007 for Windows and MS Excel 2008 for Macintosh, files are saved using a different format that is indicated by a period and a four-letter extension—.xlsx—that identifies the newer format.

If the data in the spreadsheet is arranged in simple rows of the same type of data, it can be manipulated to provide reports for basic projects. If one or more of the columns in a table contain labels, identification numbers, or other descriptions, those labels can be used to specify sorting and filtering options. For example, if the spreadsheet has a list of expenses, the rows of data can be sorted in decreasing or increasing value by one of the data types such as the due date or the amount of the expense. The display can be restricted—filtered—to display only those rows that meet criteria specified by the user. For example, the table could be filtered to display the expenses for a particular department that were incurred between two dates. This ability facilitates the preparation of monthly progress reports and budgets.

Graphics for Bar Charts and Milestones

Spreadsheets can be used for basic progress reports that show activities, dates, and horizontal bars that represent the duration of an activity. A sequence of dates can be created as column labels by entering the first two dates in the sequence, selecting both dates, and then dragging the fill handle—a small square in the lower right corner of the selected cell.

The duration of each activity and the relationships between activities can be illustrated using the drawing shapes. A long rectangle can represent a bar whose length represents the duration of the activity. Events or significant dates in the project are identified with a diamond. The diamond can be created by using a small square shape and rotating it. Arrows can be drawn between the shapes to indicate their relationships, as shown in Figure 6.3.

This type of diagram is useful for projects with low complexity where a simple chart of a few activities will suffice.

If more than one person on a team will be contributing to a document, the document must be accessible to them. To manage documents that are created by a team, it is necessary to control the edits so that work is not lost or confused.

Previously, files such as word processing documents and spreadsheets may be stored on an individual’s computer and copies sent to participants who then make changes and return the revised version to the person who is responsible for the final version of the document. Today, file sharing services like Dropbox are used to provide team members access to the canonical copy of a document in a single location. A user can still lose a lot of work if a newer version of a document is replaced with an older version. Fortunately, services like Dropbox provide access to every version of a file ever saved as a contingency against overwriting, accidental deleting, etc.

One of the features that is particularly useful for keeping track of the changes made to a document by several users is called Track Changes. If a team member wishes to explain a change, it is very important that they do not insert their explanation as text into the document. Such explanations might not be deleted and would end up in the final version of the document with potentially damaging results. Instead, team members can use a form of electronic sticky note to make comments. This feature is found in MS Word 2007 on the Review tab, in the Comments group. A change and a comment are shown in Figure 6.4. The document owner must go through the document and accept or reject each change and delete all the comments before the document is released as a finished product.

The processes and relationships in medium- and high-complexity projects usually require more sophisticated software tools for creating reporting diagrams and workflow charts. The market for diagramming software is more diverse than for word processing and spreadsheets, and it is not as likely that most team members will have the same programs that save files in the same formats. Microsoft Visio 2007 is available as a stand-alone program that sells for several hundred dollars. For medium-complexity projects, a free alternative to Visio is Open Office Draw. Open Office is a free software alternative that includes a word processing, spreadsheet, presentation, and drawing programs. The Open Office Draw program, and others like it, can create diagrams such as the one shown in Figure 6.5.

The files created by the various drawing programs might not be compatible with each other, but all the programs can create static image files that can be pasted into word processing documents.

The relationships between project activities can become complicated in medium- and high-complexity projects. Dedicated project management software can compute the sum of activity durations along several different paths through complex relationships and recalculate them immediately if any of the durations or starting times are changed. Similarly, charts and reports are updated automatically based on the new data. The most popular software for medium-complexity projects is Microsoft Project. If a project manager begins work on the project in the belief that it can be managed using a list of activities in a word processing program or in a spreadsheet, the list of activities and their durations can be copied and pasted, or imported, into the project management software’s table of activities, if the original document or spreadsheet was designed with that possibility in mind, as shown in Figure 6.6.

Figure 6.6 List of Activities Transferred to a Project Management Program

Once the data are placed in the project management software, the relationships can be defined and reports created. Organizations on a tight budget might consider using an open source program named OpenProject. Open source software is usually available at no cost for individual users and with fewer restrictions than proprietary software like Microsoft Project. OpenProject is similar to Microsoft Project, as shown in Figure 6.7, and could be used on low- and medium-complexity projects that do not need the more advanced features available in Microsoft Project.

Complex projects can involve thousands of individual activities and a company might have several projects going at the same time. Large, complex projects are common in the construction industry. A software that is commonly used for complex projects in construction is P6 from Primavera. It has the ability to produce sophisticated reports that help project managers to anticipate problems and make projections.

Word processing documents often contain data that could be aggregated and analyzed. Beginning with Microsoft Word 2007 and the .docx file format, it is possible to insert characters called tags on either side of a particular section of a form or document and assign a data label. For example, the name of the supplier on an invoice could be enclosed between two tags: Thompson Hardware. These tags resemble those used in the hypertext markup language (HTML) to identify how to display text on a Web page, but instead of telling a Web browser how to display the name of the supplier, it identifies Thompson Hardware as the supplier. These tags are can be created by following a set of rules called the extensible markup language (XML). Forms created using XML can be scanned for the content that is marked by tags. The data can be imported into a spreadsheet or database for analysis. Creating documents that use XML to identify data in the forms can be done using Microsoft InfoPath. An example that identifies key facts in a document that was prepared using InfoPath is shown in Figure 6.8. Because it takes extra effort to learn to use InfoPath, or a similar XML authoring program, and to create the forms, this approach is normally limited to complex and sophisticated organizations that have the need to manage large amounts of data.