As mentioned in Section 13.4, boundaries can influence the solidarity of a state, as boundaries disputes can result in conflict. A boundary is essentially an invisible, vertical plane that separates one state from another, so it includes both the airspace above the line on the surface and the ground below. Boundaries can be both physical and anthropogenic, and while it is difficult to categorize all boundaries, some prominent boundary types exist.

Physical boundaries are natural features on the landscape such as rivers, lakes, and mountains. The Rio Grande is an important physical boundary on the southern border of the United States. Like most rivers, the Rio Grande shiftsgradually (and sometimes abruptly) through time. As a result of the fact that the course of a river is not fixed, a river boundary can be problematic. In fact, because of the gradual shift in the Rio Grande in the vicinity of El Paso, the United States and Mexico established the Chamizal Treaty which reestablished the boundary and included a more permanent relocation of the river channel by engineering (Figure 8.5). Some examples of mountain ranges as boundaries include the Zagros Mountains between Iraq and Iran, the Pyrenees between Spain and France, and the Andes Mountains between Chile and Argentina. 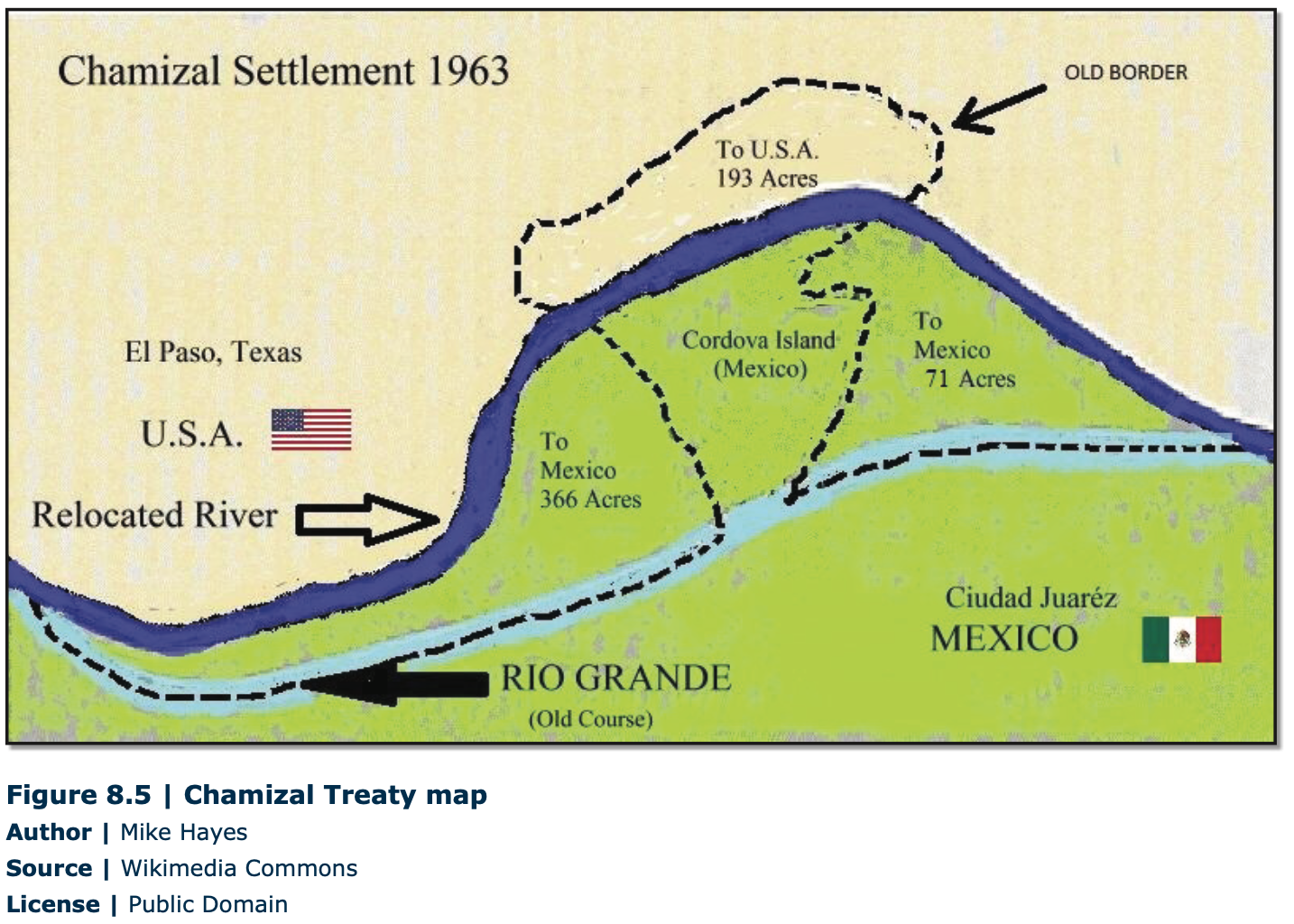 For ethnic boundaries, they are drawn based on a cultural trait, such as where people share a language or religion. The border between India, which is predominantly Hindu, and Pakistan, which is predominantly Muslim, is one example. Some borders split ethnic groups that are more closely related to the people on the other side of the border. For example, in eastern Ukraine, the majority of the population speaks Russian and is sympathetic to Russians on the other side of the border. As a result, the current conflict between Russia and Ukraine has been problematic for the Ukrainian central government because of the Russian affiliation with eastern Ukraine. Russian influence in eastern Ukraine is an example of irredentism, or an effort to expand political influence of a state on a group of people in a neighboring state.