Given the tremendous impact that human activities and settlements have on the environment, the question of how to preserve and protect the Earth’s land areas and its resources is particularly important, especially as the global population continues to grow. Two major concepts in this effort are conservation and preservation. Conservation involves using the Earth’s resources sustainably, which means they will be available to future generations. Ways in which conservation can be applied include not overfishing, replanting trees when they are logged, and protecting soilin farming areas from erosion. Preservation is the idea of protecting natural areas and trying to keep them as close as possible to their original, unspoiled state. As such, human impacts should me minimal, and resources in preserved areas are not for human use. 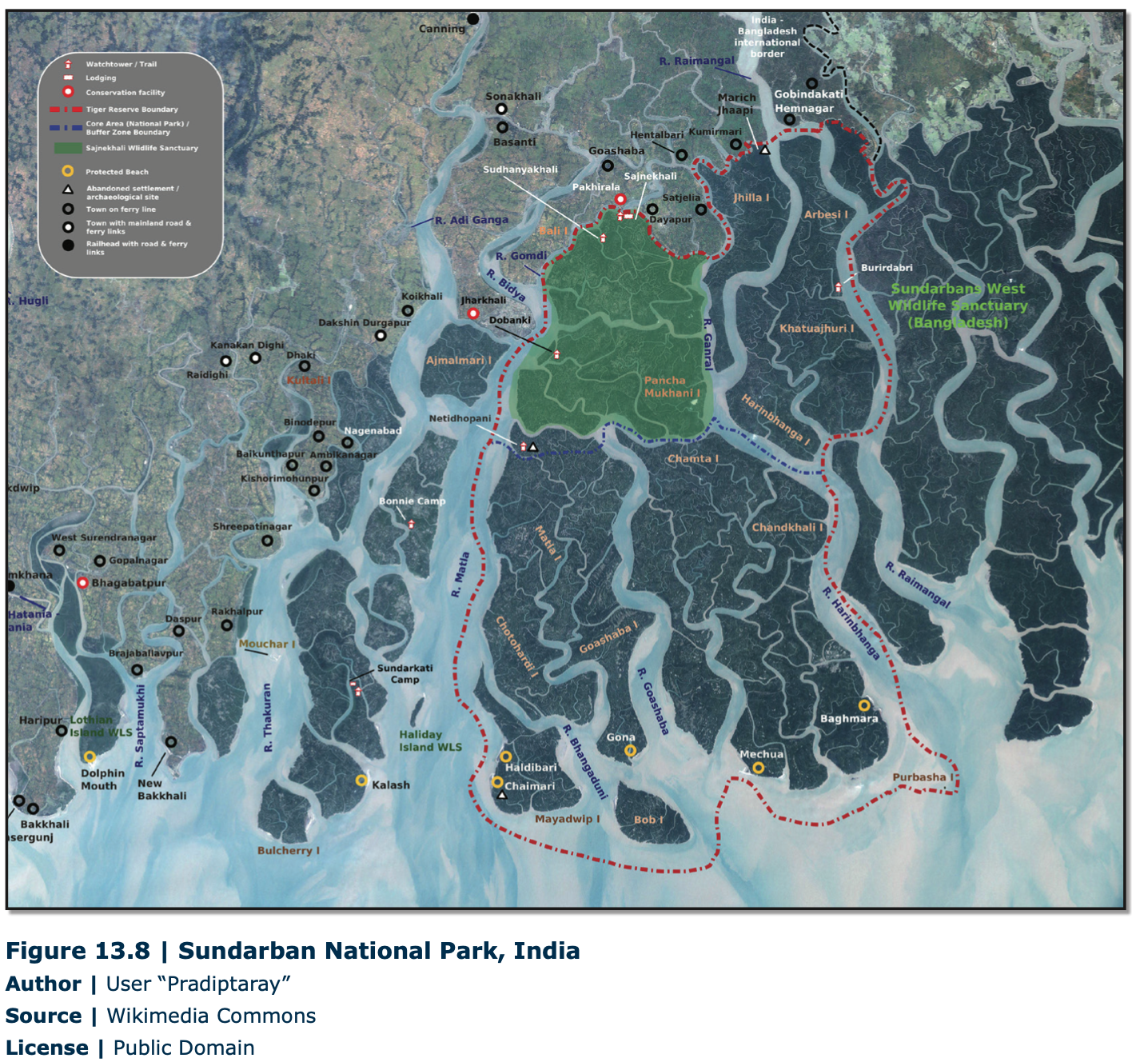 These parks help protect some of the most vulnerable plant and animal species in the world. For example, in the coastal mangrove forests of eastern India, the Bengal tiger, an endangered species, is protected in the Sundarban National Park (Figures 13.8 and 13.9). Endangered species are species that are at risk of becoming extinct, and the International Union for the Conservation of Nature is an international organization aimed at protecting habitats, such as forests, and species around the globe (website at: https://www.iucn.org/). Deforestation is one of the greatest threats to endangered species, particularly in tropical rainforests in places like the Brazilian Amazon, as depicted in Chapter 1, but also in the United States in the forests of the Pacific Northwest, for example. Thousands of endangered species exist worldwide, and in the United States, the U.S. Fish and Wildlife Service oversees the identification, protection and restoration of endangered species. The Endangered Species Act of 1973 protects vulnerable plant and animals in the United States, but the needs and demands of human development often clash with the preservation of habitat. With the world in the midst of one of the highest rates of extinction in the history of the Earth, the necessity to protect the remaining species from disappearing is a cause for alarm, both in the United States and abroad.