Think about the life span and make a list of what you would consider the periods of development. How many stages are on your list? Perhaps you have three: childhood, adulthood, and old age. Or maybe four: infancy, childhood, adolescence, and adulthood. Developmentalists break the life span into nine stages as follows:

This list reflects unique aspects of the various stages of childhood and adulthood that will be explored in this book. So while both an 8 month old and an 8 year old are considered children, they have very different motor abilities, social relationships, and cognitive skills. Their nutritional needs are different and their primary psychological concerns are also distinctive. The same is true of an 18 year old and an 80 year old, both considered adults. We will discover the distinctions between being 28 or 48 as well. But first, here is a brief overview of the stages. 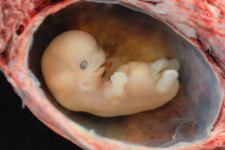 Conception occurs and development begins. All of the major structures of the body are forming and the health of the mother is of primary concern. Understanding nutrition, teratogens (or environmental factors that can lead to birth defects), and labor and delivery are primary concerns. The first year and a half to two years of life are ones of dramatic growth and change. A newborn, with a keen sense of hearing but very poor vision is transformed into a walking, talking toddler within a relatively short period of time. Caregivers are also transformed from someone who manages feeding and sleep schedules to a constantly moving guide and safety inspector for a mobile, energetic child. Early childhood is also referred to as the preschool years consisting of the years which follow toddlerhood and precede formal schooling. As a three to five-year-old, the child is busy learning language, is gaining a sense of self and greater independence, and is beginning to learn the workings of the physical world. This knowledge does not come quickly, however, and preschoolers may have initially have interesting conceptions of size, time, space and distance such as fearing that they may go down the drain if they sit at the front of the bathtub or by demonstrating how long something will take by holding out their two index fingers several inches apart. A toddler’s fierce determination to do something may give way to a four-year-old’s sense of guilt for doing something that brings the disapproval of others. The ages of six through eleven comprise middle childhood and much of what children experience at this age is connected to their involvement in the early grades of school. Now the world becomes one of learning and testing new academic skills and by assessing one’s abilities and accomplishments by making comparisons between self and others. Schools compare students and make these comparisons public through team sports, test scores, and other forms of recognition. Growth rates slow down and children are able to refine their motor skills at this point in life. And children begin to learn about social relationships beyond the family through interaction with friends and fellow students. 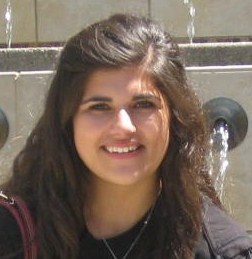 Adolescence is a period of dramatic physical change marked by an overall physical growth spurt and sexual maturation, known as puberty. It is also a time of cognitive change as the adolescent begins to think of new possibilities and to consider abstract concepts such as love, fear, and freedom. Ironically, adolescents have a sense of invincibility that puts them at greater risk of dying from accidents or contracting sexually transmitted infections that can have lifelong consequences. 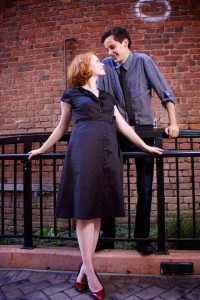 The twenties and thirties are often thought of as early adulthood. (Students who are in their mid 30s tend to love to hear that they are a young adult!). It is a time when we are at our physiological peak but are most at risk for involvement in violent crimes and substance abuse. It is a time of focusing on the future and putting a lot of energy into making choices that will help one earn the status of a full adult in the eyes of others. Love and work are primary concerns at this stage of life. The late thirties through the mid-sixties is referred to as middle adulthood. This is a period in which aging, that began earlier, becomes more noticeable and a period at which many people are at their peak of productivity in love and work. It may be a period of gaining expertise in certain fields and being able to understand problems and find solutions with greater efficiency than before. It can also be a time of becoming more realistic about possibilities in life previously considered; of recognizing the difference between what is possible and what is likely. This is also the age group hardest hit by the AIDS epidemic in Africa resulting in a substantial decrease in the number of workers in those economies (Weitz, 2007). This period of the life span has increased in the last 100 years, particularly in industrialized countries. Late adulthood is sometimes subdivided into two or three categories such as the “young old” and “old old” or the “young old”, “old old”, and “oldest old”. We will follow the former categorization and make the distinction between the “young old” who are people between 65 and 79 and the “old old” or those who are 80 and older. One of the primary differences between these groups is that the young old are very similar to midlife adults; still working, still relatively healthy, and still interested in being productive and active. The “old old” remain productive and active and the majority continues to live independently, but risks of the diseases of old age such as arteriosclerosis, cancer, and cerebral vascular disease increases substantially for this age group. Issues of housing, healthcare, and extending active life expectancy are only a few of the topics of concern for this age group. A better way to appreciate the diversity of people in late adulthood is to go beyond chronological age and examine whether a person is experiencing optimal aging (like the gentleman pictured above who is in very good health for his age and continues to have an active, stimulating life), normal aging (in which the changes are similar to most of those of the same age), or impaired aging (referring to someone who has more physical challenge and disease than others of the same age). This topic is seldom given the amount of coverage it deserves. Of course, there is a certain discomfort in thinking about death but there is also a certain confidence and acceptance that can come from studying death and dying. We will be examining the physical, psychological and social aspects of death, exploring grief or bereavement, and addressing ways in which helping professionals work in death and dying. And we will discuss cultural variations in mourning, burial, and grief.