"Ingestive Behavior", eating and drinking, is a fascinating topic when considered from the perspective of a biological psychologist. Why? The connection between the biological need for food (energy, nutrients) and water (hydration) lead to drive states (hunger and thirst) that motivate us to engage in behaviors to meet those needs. In other words, the connection between the body's need for food and water, the drive states of hunger and thirst, and seeking food and drink (the behaviors designed to meet the body's needs) is something that we are all familiar with. At the same time, the impact of learning on what we eat, when we eat, and even how we feel about food is also something that we're aware of. And there even is a link to mental illness - instances where the mind leads to ingestive behaviors (such as overeating or under-eating) that are harmful to the body. While it would be easy to create an entire book (or course) that focuses on ingestive behavior, we are going to explore the topic by focusing on the biological bases for eating and drinking - with an emphasis on how we know what we know about these surprisingly complex behaviors.

What are the biological mechanisms that determine when we need to eat or drink - and how does the detection of a need trigger behaviors intended to meet that need? And how are those hunger and thirst signals turned off? Consider what causes you to "feel" hungry - where would you look for detectors of hunger or satiety (being "full")?

Hunger is a drive state, an affective experience (a mood or a feeling) that motivates organisms to fulfill goals that are generally beneficial to their survival and reproduction. Like other drive states, such as thirst or sexual arousal, hunger has a profound impact on the functioning of the mind. It affects psychological processes, such as perception, attention, emotion, and motivation, and influences the behaviors that these processes generate. Drive states serve to motivate a variety of behaviors.

A “drive” is a state of arousal or tension triggered by a physiological or biological need. These needs include those that we are all aware of and that are the focus of this chapter, hunger and thirst. Drive-reduction theory proposes that drives give rise to motivation. When a drive emerges, it creates an unpleasant state of tension that leads to behaviors intended to reduce this tension. To reduce the tension, the organism will begin seeking out ways to satisfy the biological need. For instance, you will look for water to drink if you are thirsty. You will seek food if you are hungry.

According to the theory, any behavior that reduces the drives will be repeated by humans and animals. This is because the reduction of the drive serves as a positive reinforcement for the behavior that caused such drive reduction.

While drive-reduction theory explains how primary reinforcers (those things that are naturally reinforcing as they meet biological needs) are effective in reducing drives, many psychologists argue that the theory is not applicable in the concept of secondary reinforces. For example, money is a powerful secondary reinforcer as it can be used to purchase primary reinforcers like food and water. However, money in itself cannot reduce an individual’s drives. Another problem with the theory is that it does not provide an explanation about the reason behind people engaging in behaviors that are not meant to reduce drives, such as a person eating even if they are not hungry.

(Photo by Nikita Tikhomirov on Unsplash ) 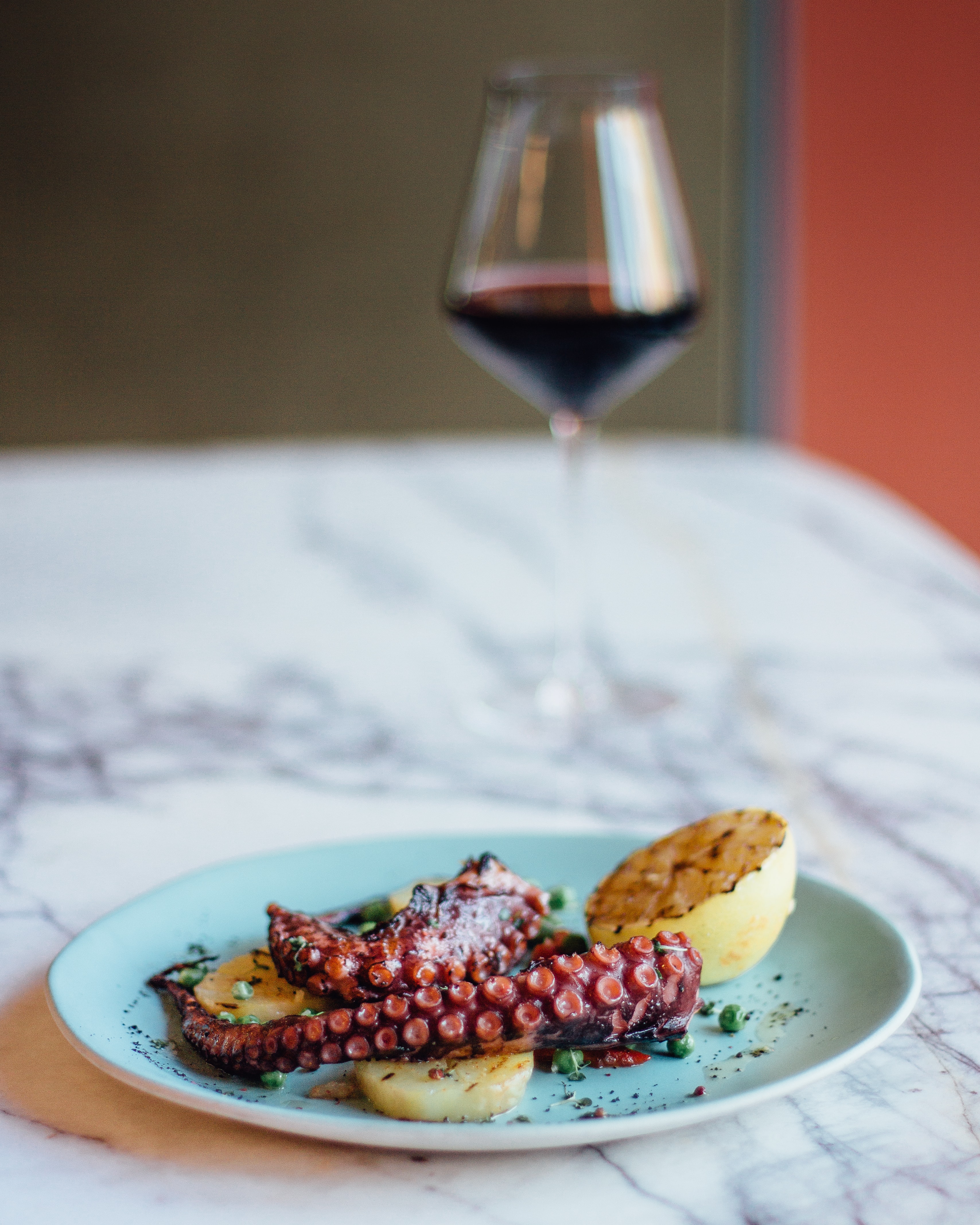 Drive states differ from other affective or emotional states in terms of the biological functions they accomplish. Whereas all affective states are either desirable or undesirable and serve to motivate approach or avoidance behaviors (Zajonc, 1998), drive states are unique in that they generate behaviors that result in specific benefits for the body. For example, hunger directs individuals to eat foods that increase blood sugar levels in the body, while thirst causes individuals to drink fluids that increase water levels in the body.

Different drive states have different triggers. Most drive states respond to both internal and external cues, but the combinations of internal and external cues, and the specific types of cues, differ between drives. Hunger, for example, depends on internal, visceral signals as well as sensory signals, such as the sight or smell of tasty food. Different drive states also result in different cognitive and emotional states, and are associated with different behaviors. Yet despite these differences, there are a number of properties common to all drive states. Most notably, the link between drives and motivation as already discussed and the common features of homeostatic mechanisms.

Humans, like all organisms, need to maintain a stable state in their various physiological systems. For example, the excessive loss of body water results in dehydration, a dangerous and potentially fatal state. However, too much water can be damaging as well. Thus, a moderate and stable level of body fluid is ideal. The tendency of an organism to maintain this stability across all the different physiological systems in the body is called homeostasis.

Homeostasis is maintained by two mechanisms. First, the state of the system being regulated must be monitored and compared to an ideal or optimal level, a set point. Second, there need to be mechanisms for moving the system back to this set point - that is, to restore homeostasis when deviations from it are detected. While our focus here is on homeostatic mechanisms that connect to behavior, there is a wide-range of such systems throughout the body. Most notably, you have already been introduced to concept of osmosis and the mechanisms that exist to maintain a stable intracellular environment. To better understand the functioning of a homeostatic system, think of the thermostat in your own home. It detects when the current temperature in the house is different than the temperature you have it set at (i.e., the set point). Once the thermostat recognizes the difference, the heating or air conditioning turns on (or off) to bring the overall temperature back to the designated level.

Many homeostatic mechanisms, such as blood circulation and immune responses, are automatic and strictly physiological. Others, however, involve behavioral responses and deliberate action. Most drive states motivate action to restore homeostasis using both “punishments” and “rewards” to modify behavioral responses. Imagine that these homeostatic mechanisms are like molecular parents. When you behave poorly by departing from the set point (such as not eating or being somewhere too cold), they raise their voice at you. You experience this as the bad feelings, or “punishments,” of hunger, thirst, or feeling too cold or too hot. However, when you behave well (such as eating nutritious foods when hungry), these homeostatic parents reward you with the pleasure that comes from any activity that moves the system back toward the set point. For example, when body temperature declines below the set point, any activity that helps to restore homeostasis (such as putting one’s hand in warm water) feels pleasurable; and likewise, when body temperature rises above the set point, anything that cools it feels pleasurable. While homeostatic mechanisms are often likened to a thermostat that determines what the desired value is and then systems are turned on and off in order to establish the optimal value, both hunger and thirst are not only triggered by need. Both systems anticipate need - they are both proactive and reactive. Before exploring these ingestive behaviors further, we'll consider temperature regulation in more detail as an introduction to how homeostatic mechanisms operate.

Elements of a Homeostatic System

Regardless of the homeostatic system we are discussing, it must have specific features.

Regardless of the homeostatic system in question, all have a system variable, a set point, a detector, and at least one correctional mechanism. When we need food or water, physiological and behavioral mechanisms assist us in meeting the need. In contrast, not all species have physiological mechanisms for correction for deviations in body temperature.

All regulatory mechanisms employ negative feedback - if the optimal value is exceeded, responses will be turned off. But are corrective mechanisms only "turned off" when the desired value is obtained? The answer is no - we stop eating prior to the restoration of blood glucose levels and we start to drink before we actually have a fluid need. So, the systems predict needs and predict when needs have been satisfied.

Hunger and Thirst - The Drives Motivating Eating and Drinking

Hunger is a classic example of a drive state, one that results in thoughts and behaviors related to the consumption of food. In the simplest of terms, hunger is generally triggered by low glucose levels in the blood (Rolls, 2000), and behaviors resulting from hunger aim to restore homeostasis regarding those glucose levels. But various other internal and external cues can also cause hunger. For example, when fats are broken down in the body for energy, this initiates a chemical cue that the body should search for food (Greenberg, Smith, & Gibbs, 1990). External cues include the time of day, estimated time until the next feeding (hunger increases immediately prior to food consumption), and the sight, smell, taste, and even touch of food and food-related stimuli. Note that while hunger is a generic feeling, it can also ead to the eating of specific foods that correct for nutritional imbalances we may not even be conscious of. For example, a couple who was lost adrift at sea found they began to crave the eyes of fish. Only later, after they had been rescued, did they learn that fish eyes are rich in vitamin C - a very important nutrient that they had been depleted of while lost in the ocean (Walker, 2014).

Thirst is a signal to the body that there has been a loss of fluid. About two-thirds of the body's water is intracellular, within cells. The other third, extracellular fluid, consists of blood plasma (intravascular fluid), cerebrospinal fluid, and interstitial fluid (the fluid bathing cells). Because we effectively have two places where water is found (extracellularly and intracellularly), we have 2 systems for monitoring the body's fluid levels - and a variety of ways of inducing thirst, as well as different types of thirst. We have two systems for monitoring the body's fluid levels - one that focuses on the levels of intracellular fluid and one that monitors extracellular levels - more specifically, plasma or blood volume.

We'll begin our exploration of ingestive behaviors with eating, the behavior motivated by hunger. While you might think the control of eating is quite simple, the regulated variables involved in eating are not so well described. Why do we eat? We have a whole host of needs that must be satisfied by the ingestion of food.