This approach stands in contrast to the strict behaviorism of psychological theories prevalent at the time it was first formulated (the 1920s and 1930s). According to symbolic interactionism, humans are distinct from infrahumans (lower animals) because infrahumans simply respond to their environment (i.e., a stimulus evokes a response or stimulus ⇒ response), whereas humans have the ability to interrupt that process (i.e., stimulus ⇒ cognition ⇒ response). Additionally, infrahumans are unable to conceive of alternative responses to gestures. Humans, however, can. This understanding should not be taken to indicate that humans never behave in a strict stimulus ⇒ response fashion, but rather that humans have the capability of responding in a different way, and do so much of the time.

This perspective is also rooted in phenomenological thought. According to symbolic interactionism, the objective world has no reality for humans; only subjectively defined objects have meaning. There is no single objective “reality”; there are only (possibly multiple, possibly conflicting) interpretations of a situation. Meanings are not entities that are bestowed on humans and learned by habituation; instead, meanings can be altered through the creative capabilities of humans, and individuals may influence the many meanings that form their society. Human society, therefore, is a social product.

The Looking Glass Self

Neurological evidence, based on EEGs, supports the idea that humans have a “social brain,” meaning, there are components of the human brain that govern social interaction. These parts of the brain begin developing in early childhood (the preschool years) and aid humans in understanding how other people think. In symbolic interactionism, this is known as “reflected appraisals” or “the looking glass self,” and refers to our ability to think about how other people will think about us. In 1902, Charles Horton Cooley developed the social psychological concept of the looking glass self. The term was first used in his work, Human Nature and the Social Order. There are three main components of the looking glass self: 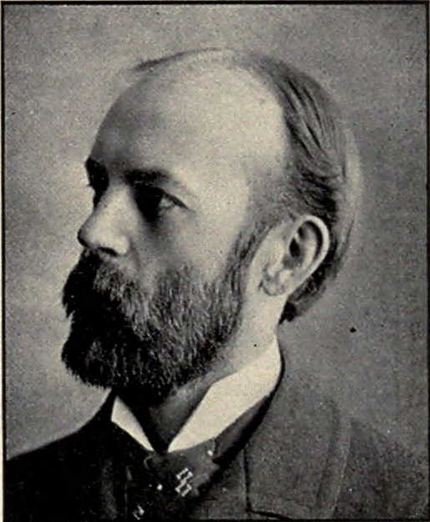 Charles Cooley: Cooley developed the idea of the looking glass self.

Cooley clarified this concept in his writings, stating that society is an interweaving and interworking of mental selves.

In hypothesizing the framework for the looking glass self, Cooley said, “the mind is mental” because “the human mind is social. ” As children, humans begin to define themselves within the context of their socializations. The child learns that the symbol of his/her crying will elicit a response from his/her parents, not only when they are in need of necessities, such as food, but also as a symbol to receive their attention.

George Herbert Mead described self as “taking the role of the other,” the premise for which the self is actualized. Through interaction with others, we begin to develop an identity about who we are, as well as empathy for others. This is the notion of, “Do unto others, as you would have them do unto you. ” In respect to this, Cooley said, “The thing that moves us to pride or shame is not the mere mechanical reflection of ourselves, but an imputed sentiment, the imagined effect of this reflection upon another’s mind. ” 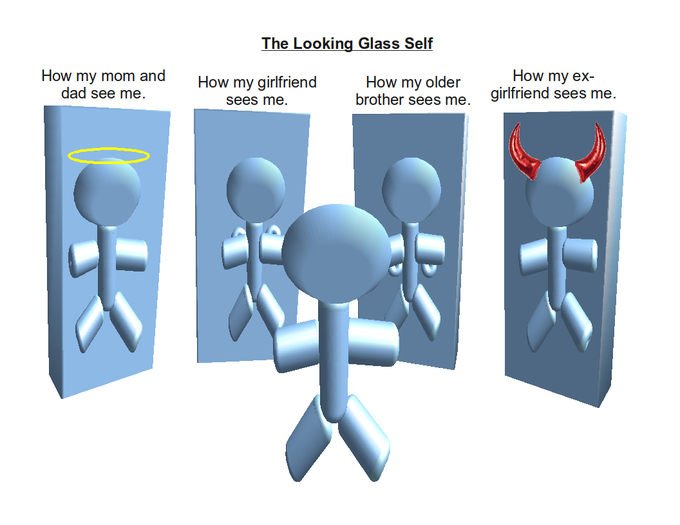 The Looking Glass Self: This drawing depicts the looking-glass self. The person at the front of the image is looking into four mirrors, each of which reflects someone else’s image of himself.