The belief that culture can be passed from one person to another means that cultures, although bounded, can change.

Fundamentally, although bounded, cultures can change. Cultures are internally affected by both forces encouraging change and forces resisting change. These forces are related to social structures and natural events, and are involved in the perpetuation of cultural ideas and practices within current structures, which are themselves subject to change. Resistance can come from habit, religion, and the integration and interdependence of cultural traits. For example, men and women have complementary roles in many cultures. One sex might desire changes that affect the other, as happened in the second half of the 20th century in western cultures (see, for example, the women’s movement), while the other sex may be resistant to that change (possibly in order to maintain a power imbalance in their favor). 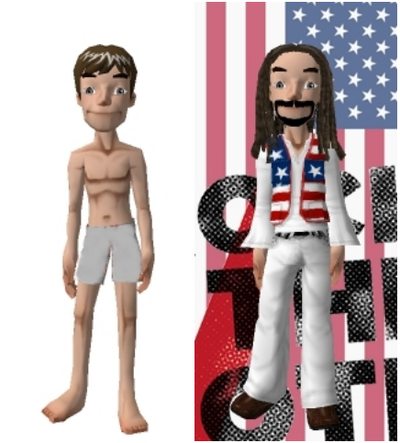 Cultural change can have many causes, including the environment, technological inventions, and contact with other cultures. Cultures are externally affected via contact between societies, which may also produce—or inhibit—social shifts and changes in cultural practices. War or competition over resources may impact technological development or social dynamics. Additionally, cultural ideas may transfer from one society to another, through diffusion or acculturation.

Discovery and invention are mechanisms of social and cultural change. Discovery refers to the finding of new knowledge within an existing realm. Generally, it relates to discovering new understanding of a particular behavior or ritual. Invention is the creation of a new device or process. New discoveries often lead to new inventions by people. 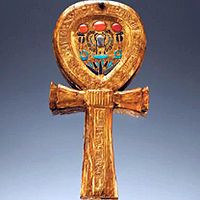 The Change of Symbolic Meaning Over Time: The symbol of the ankh has its roots in Egyptian religious practice, but the symbol diffused over time and was adopted by other groups, including pagans, as a religious symbol.

In diffusion, the form of something (though not necessarily its meaning) moves from one culture to another. For example, hamburgers, mundane in the United States, seemed exotic when introduced into China. “Stimulus diffusion” (the sharing of ideas) refers to an element of one culture leading to an invention or propagation in another.

Acculturation has different meanings, but in this context it refers to replacement of the traits of one culture with those of another, such has happened to certain Native American tribes and to many indigenous peoples across the globe during the process of colonization. Related processes on an individual level include assimilation (adoption of a different culture by an individual) and transculturation.