A stereotype is a belief about a group of individuals that people apply to any given individual deemed to be part of that group.

A stereotype is a belief about a group of individuals that people apply to any given individual whom is deemed to be part of that group. Stereotypes are usually inaccurate in their universal application. This means that although some individuals within a given group may fit a stereotype, others most certainly will not. The error in stereotyping is the application of a preconception to everyone who is perceived to belong to a particular group.

Stereotypes are useful for the human brain because they operate as a heuristic or a cognitive mechanism to quickly gather, process, and synthesize information. As social animals, we seek to gather information about those around us. However, there is too much information to process in its entirety. Therefore, we have heuristics to make the process more efficient. In applying a stereotype, one is able to quickly “know” something about an individual. For example, if the only thing you know about Katherine is that she belongs to a band, you are able to guess that she likes music. People use stereotypes as shortcuts to make sense of their social contexts; this makes the task of understanding one’s world less cognitively demanding.

Given the social and cognitive necessities of heuristics, the problem with stereotyping is not the existence of the cognitive function. The problem lies in the assumption that all people of a group—a group with which they might not even identify—are the same. For example, it is a common stereotype that people who wear glasses are smart. Certainly, there are some glasses-wearing, intelligent people. But it is poor logic to think that everyone who sports glasses is intelligent. Stereotyping can lead to prejudice, or negative perceived judgements about a group of people. The application of prejudice to a given individual can cause personal and social damage. 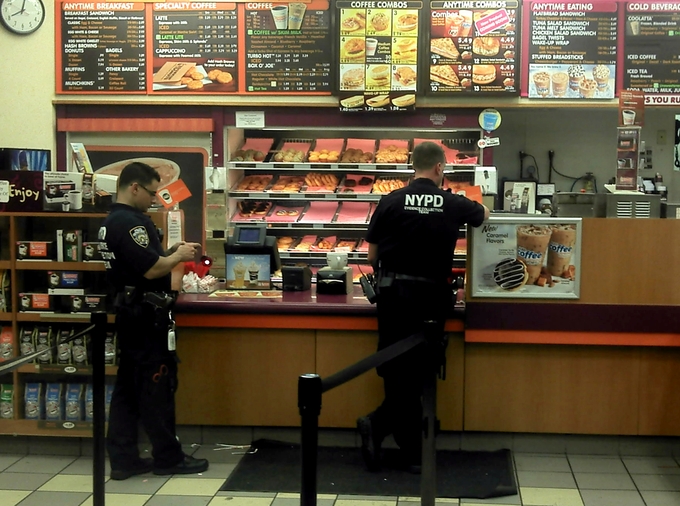 Stereotyping of Police Officers: Police officers buying donuts and coffee is a popular stereotype of officers in the United States.