Role theory argues that human behavior is guided by expectations held both by the individual and by others in the community.

A virtual world is an online community that takes the form of a computer-based simulated environment through which users can interact with one another. Individuals create online representations of themselves called avatars that can interact on the internet under direction of the avatar’s creator. Such modeled worlds and their rules may draw from reality or fantasy worlds. Example rules are gravity, topography, locomotion, real-time actions and communication.

Many studies of virtual worlds have questioned the virtual world’s ability to convey nuanced emotional messages as people do in face-to-face interactions. Certainly, users have developed techniques in the virtual world to communicate emotion. Beyond writing messages, users can communicate using emoticons, or simple “smilies” that visually depict simple emotions. While emoticons obviously do not convey the same range of mixed emotions as a human face, it is clear that participants in virtual worlds are innovating with language and images to develop new forms of communication.

Although the social interactions of participants in virtual worlds are often viewed in the context of online games, other forms of interaction are common. These include forums, wikis, chat rooms and video-conferences. Communities are born which have their own rules, topics, jokes and even language. Members of such communities can find like-minded people to interact with, whether this be through a shared passion, the wish to share information, or a desire to meet new people and experience new things. 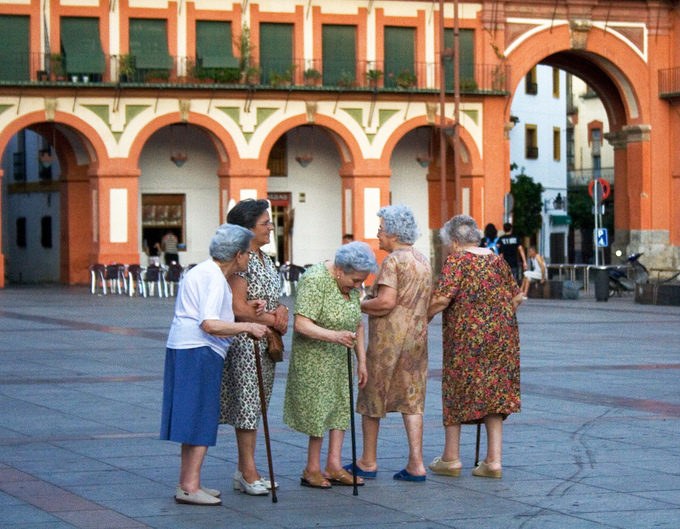 Elderly Women Gathering: This image shows that elderly people can be active, social, and in good spirits.