Colonialism is the establishment, maintenance, acquisition, and expansion of colonies in one territory by people from another territory.

Map of Empires and Colonies: 1800: By the end of the 19th century, most of the Americas were under the control of European colonial empires. At present, much of South and Central America is still economically dependent on foreign nations for capital and export markets.

Modern colonialism started with the Age of Discovery, during which Portugal and Spain discovered new lands across the oceans (including the Americas and Atlantic/South Pacific islands) and built trading posts. According to some scholars, building these colonies across oceans differentiates colonialism from other types of expansionism. These new lands were first divided between the Portuguese Empire and Spanish Empire, though the British, French, and Dutch soon acquired vast territory as well.

After the First World War, the victorious allies divided up the German colonial empire and much of the Ottoman Empire according to League of Nations mandates. These territories were divided into three classes based on how quickly they would be ready for independence. Decolonization outside the Americas lagged until after World War II. In ideal cases, decolonized colonies were granted sovereignty, or the right to self-govern, becoming independent countries.

The term “neocolonialism” has been used to refer to a variety of contexts since the decolonization that took place after World War II. Generally, it does not refer to any type of direct colonization, but colonialism by other means. Specifically, neocolonialism refers to the theory that former or existing economic relationships—the General Agreement on Tariffs and Trade (GATT) and the Central American Free Trade Agreement—are used to maintain control of former colonies after formal independence was achieved. In broader usage, neocolonialism may simply refer to the involvement of powerful countries in the affairs of less powerful countries; this is especially relevant in modern Latin America. In this sense, neocolonialism implies a form of economic imperialism.

Colonialism and Neocolonialism in the World System

One approach sociologists take to colonialism and neocolonialism is a Marxist perspective. Marx viewed colonialism as part of the global capitalist system, which has led to exploitation, social change, and uneven development. He argued that it was destructive and produced dependency. According to some Marxist historians, in all of the colonial countries ruled by Western European countries, indigenous people were robbed of health and opportunities. From a Marxist perspective, colonies are considered vis-à-vis modes of production. The search for raw materials and new investment opportunities is the result of inter-capitalist rivalry for capital accumulation.

Dependency theory builds upon Marxist thought, blaming colonialism and neocolonialism for poverty within the world system. This theory argues that countries have developed at an uneven rate because wealthy countries have exploited poor countries in the past and today through foreign debt and foreign trade.

The world-systems theory suggests that the aftermath of colonialism and the continuing practice of neocolonialism produces unequal economic relations within the world system. Sociologist Immanuel Wallerstein elaborated on these forms of economic inequality. In this theory, the world economic system is divided into a hierarchy of three types of countries: core, semiperipheral, and peripheral. Core countries (e.g., U.S., Japan, Germany) are dominant capitalist countries characterized by high levels of industrialization and urbanization. Peripheral countries (e.g., most African countries and low income countries in South America) are dependent on core countries for capital, and have very little industrialization and urbanization. Peripheral countries are usually agrarian and have low literacy rates and lack Internet connection in many areas. Semiperipheral countries (e.g., South Korea, Taiwan, Mexico, Brazil, India, Nigeria, South Africa) are less developed than core nations but are more developed than peripheral nations. 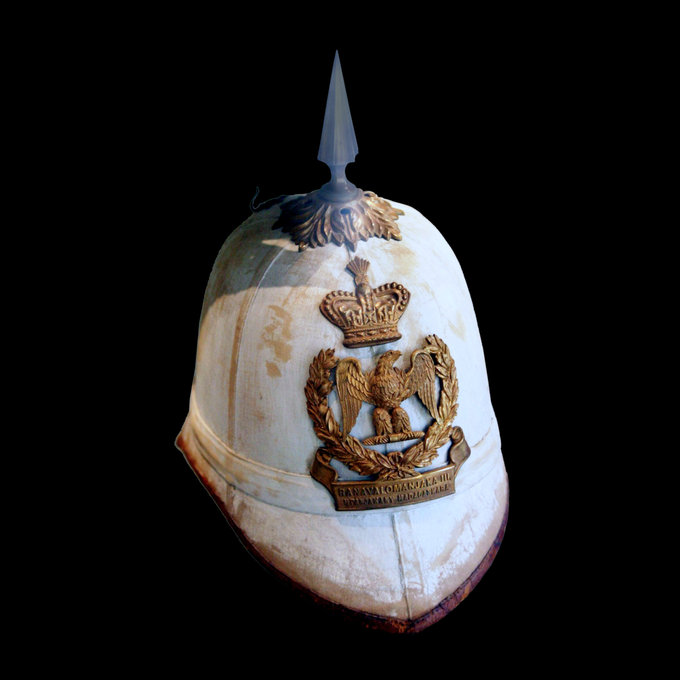 French Pith Helmet: The pith helmet is a symbol of French colonialism in tropical regions, as it was worn by colonial officers.