Conflict theory of stratification holds that inequality is harmful to society because it creates a fixed system of winners and losers.

Conflict theorists argue that stratification is dysfunctional and harmful in society. According to conflict theory, social stratification benefits the rich and powerful at the expense of the poor. Thus, it creates a system of winners and losers that is maintained by those who are on the top. The people who are losers do not get a fair chance to compete, and thus are stuck on the bottom. For example, many wealthy families pay low wages to nannies to care for their children, to gardeners to attend to their rose gardens, and to maids to pick up their dirty socks. These low wage workers do not make enough to move beyond a paycheck-to-paycheck lifestyle, and have no means to move ahead. Therefore, conflict theorists believe that this competitive system, together with the way the game is “fixed”, ends up creating and perpetuating stratification systems.

According to conflict theory, capitalism, an economic system based on free-market competition, particularly benefits the rich by assuming that the “trickle down” mechanism is the best way to spread the benefits of wealth across society. Governments that promote capitalism often establish corporate welfare through direct subsidies, tax breaks, and other support that benefit big businesses. They assume that the market will allow these benefits to the rich to make their way to the poor through competition. For example, the Walton family, the owners of Wal-Mart, receives enormous tax breaks. Whether the benefits of these tax breaks have made their way down to ordinary people through better business practices or better working conditions for Wal-Mart employees is questionable. Conflict theorists would argue that they haven’t, but rather have been used by the Walton family to solidify the patterns of stratification that keep the family rich.

Functionalists criticize this approach by arguing that people do not always act largely out of economic self-interest. For example, Chuck Feeney, the creator of Duty Free Shoppers, has given $4 billion to charities. Bill Gates has given 58% of his wealth to charity. Functionalists also argue that conflict theorists underestimate people’s ability to move upward in society. They argue that if people really want to succeed, they can do so through hard work. 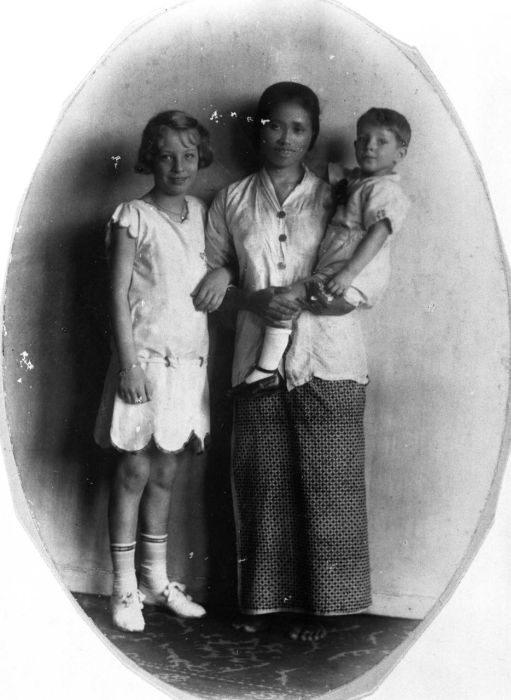 Nanny with European Children: Nannies, who are often minority women, are one example of lower class workers with little chance for upward mobility.