Max Weber formed a three-component theory of stratification in which social difference is determined by class, status, and power.

Classic sociologist Max Weber was strongly influenced by Marx’s ideas, but rejected the possibility of effective communism, arguing that it would require an even greater level of detrimental social control and bureaucratization than capitalist society. Weber criticized the dialectical presumption of proletariat revolt, believing it to be unlikely. Instead, he developed the three-component theory of stratification and the concept of life chances. Weber supposed there were more class divisions than Marx suggested, taking different concepts from both functionalist and Marxist theories to create his own system. Weber claimed there are four main classes: the upper class, the white-collar workers, the petite bourgeoisie, and the manual working class. Weber’s theory more closely resembles theories of modern Western class structures embraced by sociologists, although economic status does not seem to depend strictly on earnings in the way Weber envisioned.

Working half a century later than Marx, Weber derived many of his key concepts on social stratification by examining the social structure of Germany. Weber examined how many members of the aristocracy lacked economic wealth, yet had strong political power. He noted that, contrary to Marx’s theories, stratification was based on more than ownership of capital. Many wealthy families lacked prestige and power, for example, because they were Jewish. Weber introduced three independent factors that form his theory of stratification hierarchy: class, status, and power. He treated these as separate but related sources of power, each with different effects on social action.

Class is a person’s economic position in a society, based on birth and individual achievement. Weber differs from Marx in that he did not see this as the supreme factor in stratification. Weber noted that managers of corporations or industries control firms they do not own; Marx would have placed such a person in the proletariat.

Status refers to a person’s prestige, social honor, or popularity in a society. Weber noted that political power was not rooted solely in capital value, but also in one’s individual status. Poets or saints, for example, can possess immense influence on society, often with little economic worth.

Power refers to a person’s ability to get their way despite the resistance of others. For example, individuals in state jobs, such as an employee of the Federal Bureau of Investigation, or a member of the United States Congress, may hold little property or status, but they still hold immense power. 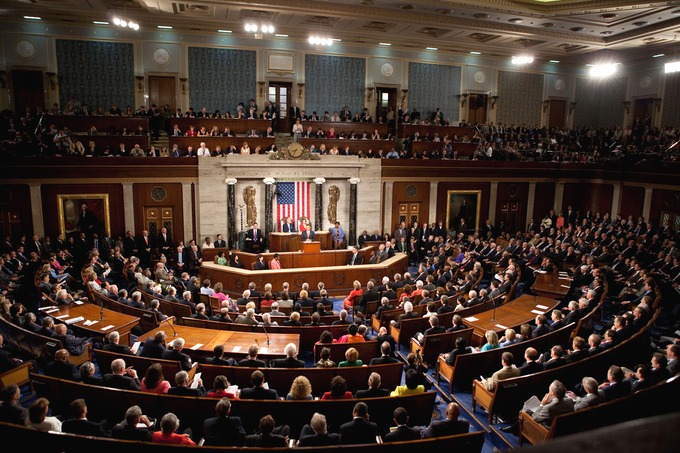 US Congress in Present Times: Using Weber’s theory of stratification, members of the U.S. Congress are at the top of the social hierarchy because they have high power and status, despite having relatively little wealth on average.