Genocide is “the deliberate and systematic destruction, in whole or in part, of an ethnic, racial, religious, or national group”.

Genocide is defined by the 1948 United Nations Convention on the Prevention and Punishment of the Crime of Genocide (CPPCG) as “the deliberate and systematic destruction, in whole or in part, of an ethnic, racial, religious, or national group,” though what constitutes enough of a “part” to qualify as genocide has been subject to much debate by legal scholars. While a precise definition varies among genocide scholars, a legal definition is found in the 1948 United Nations CPPCG, which specifies that genocide entails:

(a) Killing members of the group;

(b) Causing serious bodily or mental harm to members of the group;

(c) Deliberately inflicting on the group conditions of life calculated to bring about its physical destruction in whole or in part;

(d) Imposing measures intended to prevent births within the group;

(e) Forcibly transferring children of the group to another group.

The preamble to the CPPCG states that instances of genocide have taken place throughout history, but it was not until Polish lawyer Raphael Lemkin coined the term during World War II and the prosecution of perpetrators of the Holocaust at the Nuremberg trials that the United Nations agreed to the CPPCG, which defined the crime of genocide under international law.

The Stages of Genocide

Genocide scholars such as Gregory Stanton have postulated various conditions and acts that often occur before, during, and after genocide.

In 1996, Stanton presented a briefing paper called “The 8 Stages of Genocide” at the United States Department of State. In it, he suggested that genocide develops in eight stages that are “predictable but not inexorable. ” The stages are:

While scholars, such as Stanton, claim that these stages can be identified, and actions can be taken to stop genocides before they happen, critics of this approach, such as Australian historian, Dirk Moses, assert that this is unrealistic.

Other authors have focused on the structural conditions leading up to genocide and the psychological and social processes that create an evolution toward genocide. Helen Fein showed that pre-existing anti-Semitism and systems that maintained anti-Semitic policies was related to the number of Jews killed in different European countries during the Holocaust. 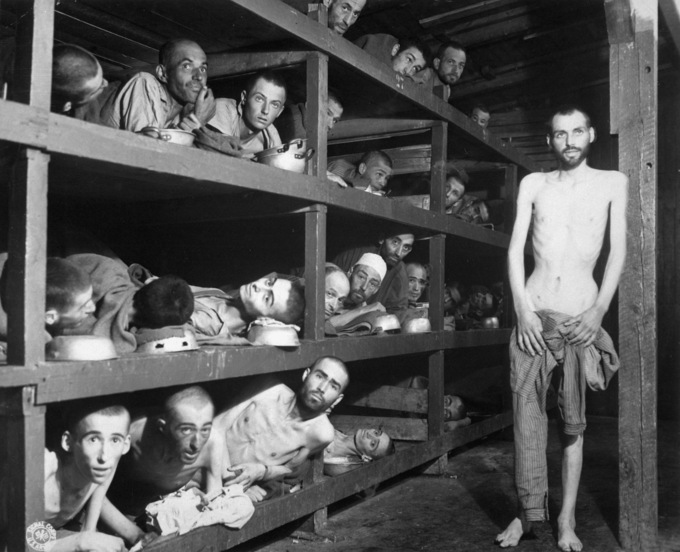 Buchenwald Slave Laborers: These are slave laborers in the Buchenwald concentration camp, a German Nazi concentration camp established on the Ettersberg (Etter Mountain) near Weimar, Germany, in July 1937. It was one of the first and the largest of the concentration camps on German soil. Many prisoners had died from malnutrition when U.S. troops of the 80th Division entered the camp. The photograph was taken five days after the camp’s liberation.