Household models include the single family and blended family home, shared housing, and group homes for people with special needs.

Household models in Anglophone culture include the single family and varieties of blended families, shared housing, and group homes for people with support needs. Other models of living situations that may meet definitions of a household include boarding houses, a house in multiple occupations in Great Britain, and a single room occupancy in the United States.

A shared house is a household in which a group of often-unrelated people reside together. The term generally applies to people living together in rental properties rather than in properties in which any resident is an owner-occupier. A shared house is formed when a group of people move into a rental property; typically, one or more of these people has applied to rent the property through a real estate agent, been accepted, and signed a lease. People who live together in a shared house are called roommates. In both developed and developing countries, shared housing is an increasingly popular household model. This is due to a variety of economic and social changes, such as the declining affordability of home ownership, as well as delayed marriage and decreasing marriage rates.

A group home is a private residence designed to serve children or adults with chronic disabilities. Group homes typically have a maximum of six residents and a trained, on-site caregiver available 24 hours a day. Residents of group homes usually have either a chronic mental disorder or a physical disability that prevents them from living independently. They need regular assistance in order to complete daily tasks, such as taking medication or bathing. Other residents may be developmentally disabled, recovering from alcohol or drug addiction, or abused, troubled, or neglected youths. Some residents have behavioral problems that are potentially dangerous to themselves or others and require constant supervision. Since the 1970s, group homes have assumed the role of earlier institutions such as asylums, poorhouses, and orphanages.

In a boarding house, lodgers rent one or more rooms for a period ranging from one night to weeks, months, or even years. Common areas of the house are maintained and services like laundry and cleaning may be provided. Boarding houses usually offer bed and board, or at least some meals as well as accommodation. Formerly, boarders would typically share washing, breakfast, and dining facilities; in recent years, individual rooms have tended to have their own washing and toilet facilities.

A single room occupancy is a single room dwelling or multiple-tenant building that houses one or two people in individual rooms. As the value of urban land has increased, many of these properties have been renovated and made available at higher prices. This has played a role in the displacement of lower-income people who once lived in these properties; it has also been cited as a reason for the visible rise in homelessness across America since the early 1980s. 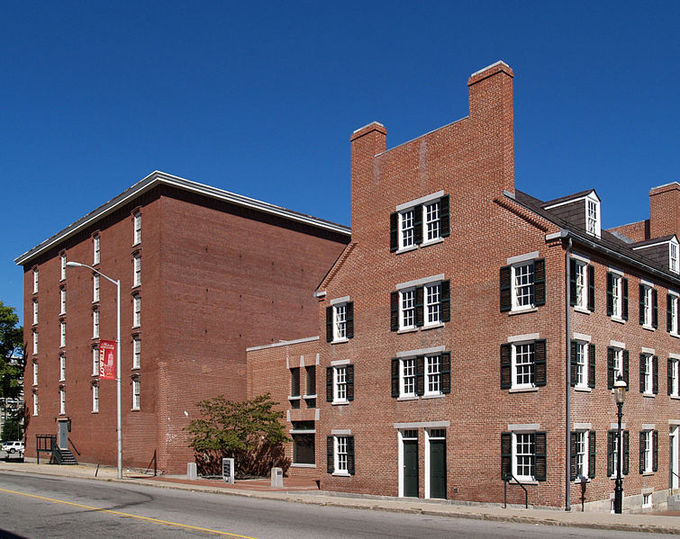