In 1966, the Coleman Report launched a debate about “school effects,” desegregation and busing, and cultural bias in standardized tests.

In the 1960s, the U.S. Department of Education commissioned a group of social scientists to write a report on educational equality in the United States. The group was led by sociologist James Coleman, and the report was one of the largest studies in history, surveying more than 150,000 students. In 1966, the finished report was published and was over 700 pages in length. The report, titled “Equality of Educational Opportunity,” came to be known as the “Coleman Report. ” At the time, it launched widespread debate on school effects, or the ways in which school-level characteristics influence student achievement. It also helped define debates over desegregation, busing, and cultural bias in standardized tests.

The Coleman Report was commonly presented as evidence that school funding has little effect on student achievement. In fact, the report did not deny that funding or other school effects matter, but it did argue that other factors are more important. Specifically, the report found that student background and socioeconomic status are much more important in determining educational outcomes than are measured differences in school resources. But it also affirmed that differences in schools—and particularly teachers—have a very significant impact on student outcomes. Thus, the report supplied evidence that different conditions in different schools could lead to different outcomes for different groups of students.

Although Coleman found that, on average, black schools were funded on a nearly equal basis by the 1960s, he also found that socially-disadvantaged black students profited from schooling in racially-mixed classrooms. This latter finding was a catalyst for the implementation of desegregated busing systems, which bused black students from racially segregated neighborhoods to integrated schools. Following up on this conclusion, Coleman found in later research in 1975, that desegregated busing programs had led to white flight from the higher-class, mixed-race school districts. When black students were bused in to these schools, white parents began to move their children out of such schools in large numbers. Thus, the mass busing system had failed: Black students would only benefit from integrated schooling if there was a majority of white students in the classroom. 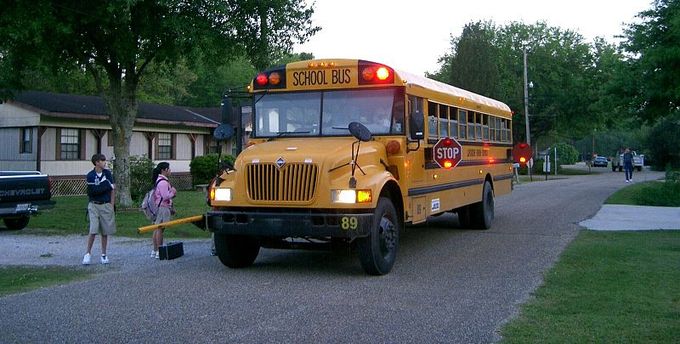 The Coleman Report also fed the debate over the validity of standardized testing. The report showed that, in general, white students scored higher than black students, but it also showed significant overlap in scores: 15 percent of black students fell within the same range of academic accomplishment as the upper 50 percent of white students. This same group of blacks, however, scored higher than the other 50 percent of whites. Importantly, though, the report pointed out that the tests administered in these schools were not measuring intelligence, but rather an ability to learn and perform in the American environment. The report states: “These tests do not measure intelligence, nor attitudes, nor qualities of character. Furthermore they are not, nor are they intended, to be ‘ culture free. ‘ Quite the reverse: they are culture bound. What they measure are the skills which are among the most important in our society for getting a good job and moving to a better one, and for full participation in an increasingly technical world. ”