The bureaucratization of schools has some advantages but has also led to the perpetuation of discrimination and an aversion to change.

A bureaucracy is an organization of non-elected officials of a government or organization who implement the rules, laws, and functions of their institution. In modern society, all formal organizations are, or likely will become, bureaucracies.

The German sociologist and political economist Max Weber (1864-1920) began to study bureaucracy and popularize the term in academic literature and discourse during the mid 1800s and early 1900s. Weber believed that bureaucracy was the most efficient and rational way of organizing. For Weber, bureaucratization was the key process in his theory on rationalization of Western society. Weber popularly characterized a bureaucracy as having a hierarchy of authority, a clear division of labor, explicit rules, and impersonality.

There are several positive aspects of bureaucracies. They are intended to ensure equal opportunities and increase efficiency based on a meritocratic structure. Meritocracy means that hiring and promotion should be based on proven and documented skills, rather than on nepotism or random choice. For example, in order to get into a prestigious college, you need to perform well on the SAT and have an impressive transcript. In order to become a lawyer and represent clients, you must graduate from law school and pass the state bar exam. However, the theory of meritocracy becomes convoluted when it is applied to schools because some individuals have access to privileges that give them advantages over other individuals. For example, wealthy families can hire tutors, interview coaches, test-prep services, and consultants to help their kids gain the valued skills that will ultimately help them get into the best schools.

Despite good intentions and abundant rhetoric about “equal educational opportunity,” schools have rarely taught the children of the poor effectively. This failure has been systematic, not idiosyncratic. Talk about “keeping the schools out of politics” has often served to obscure actual alignments of power and patterns of privilege. For example, before the Emancipation Proclamation, many black people sought education through private, voluntary schools, which shows that they had a strong desire for education, generally believing that they could improve their social status through the equalizing power of schooling. However, they were excluded from the school system by segregation laws. Even after desegregation, black students faced intense racism in mixed schools, and minority students continue to face institutional racism and discrimination on the level of micro-interactions. 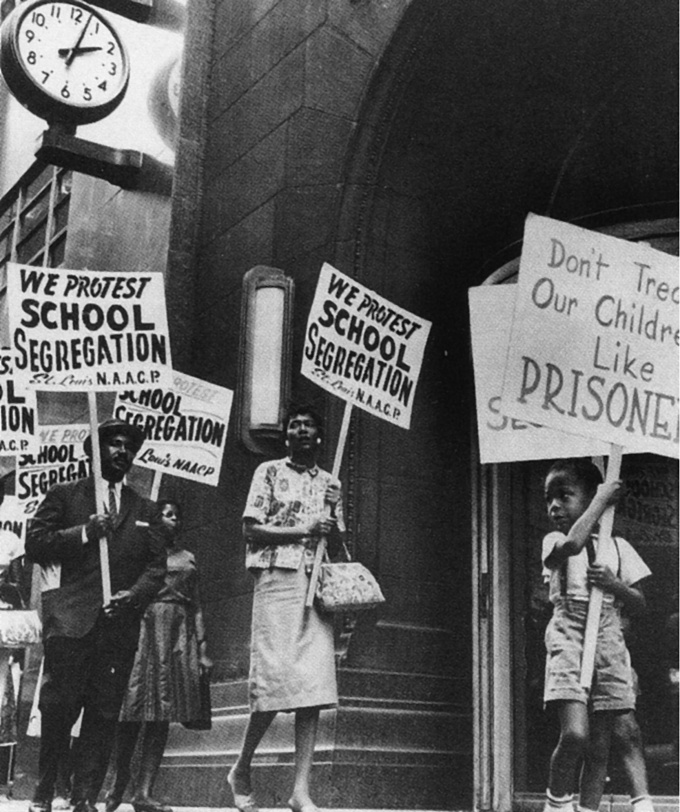 Protest Against the Racial Segregation of U.S. Schools: School bureaucracies struggle with the political challenge of defining a valuable educational curriculum and regulating the constituency that has access to those educational opportunities.

In order to understand the bureaucratization of schools, we must understand the historical development of the school system. When the U.S. transformed into an urban, industrial nation, corporations flourished, potential employees needed an education for a decent job, child labor laws were enforced, and the urban school system changed. During the Industrial Revolution, bureaucracies developed alongside the educational foundations for the current school model. Young workers were trained and organizations were built for mass production, assembly line work, and factory jobs. In schools, students learned to value hierarchical command, standardized outcomes, and specialized skills. These needs formed the basis for school bureaucracies today.

Various interest groups have continually called for education reform. However, bureaucratic authority often perpetuates positions and outworn practices of bureaucracy at the expense of timely change and appropriate education for children’s needs. City councils, school boards, superintendents, principals, and government officials from different interest groups and standpoints disagree about the “one best system” for the reproduction of American society. Most critics of school bureaucracies do not question the aim of transmitting the dominant culture through public education, but some dissenters oppose this strategy precisely because they fear children will lose valuable cultural differences through their socialization in the American system. Immigration trends have posed serious concerns for public school education systems because immigrants often bring religious, ethnic, and cultural differences to the classroom that differ from the protocol and ideology of “one best system. ” School bureaucracies seek to assimilate foreigners by teaching them English, indoctrinating them in American civics, and providing them with skills and habits needed in the urban job market.

The assumption that there is “one best system” for educating children has been especially problematic within the context of a pluralistic American society, a globalized world, and advances in information technology. Now, in the information age, this kind of rigid training and adherence to protocol can actually decrease both productivity and efficiency. The model of American education based upon the industrial factory is undergoing a revolution based upon emerging technologies that redefine school organization as a virtual as well as a physical learning environment. In the twenty-first century teaching, learning, and the educational system itself have been buffeted by forces that challenged the traditional bureaucratic arrangement of schools with tall administrative hierarchies, centralized decision-making, and tightly controlled structures.

Towards the Virtual K-12 Educational Organization: An Emerging Framework with Technology: From this case study, researchers predicted that the educational system of the future will be designed around software capabilities that personalize the curriculum and make learning more meaningful to students. This case study outlines how one K-12 school district is managing change related to teaching, leading, and learning as it shifts to a more student-centered approach to education within a bureaucratic and virtually enhanced structure of schooling. 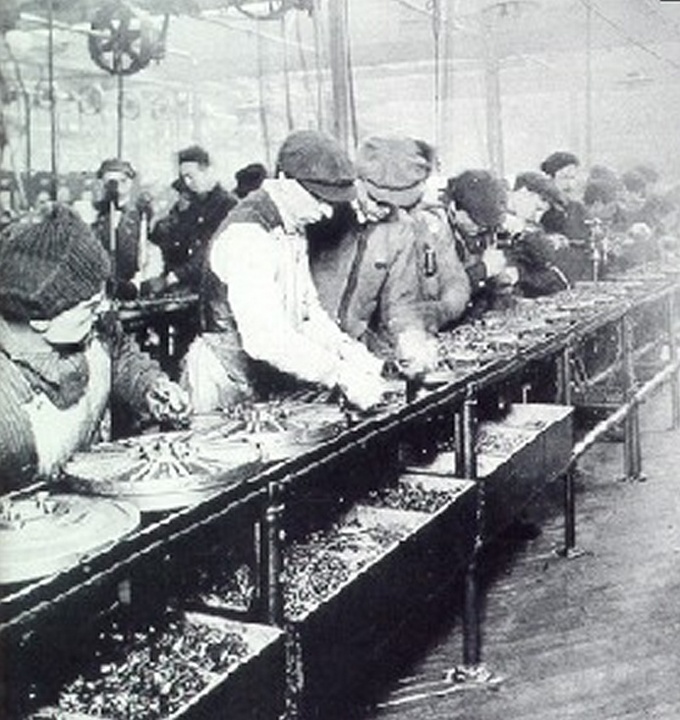