Intelligence is commonly measured using intelligence quotient (IQ) tests, which are meant to be a general measure of intelligence. However, IQ tests only measure a narrow band of the broad spectrum of intelligence, excluding factors such as creativity or emotional intelligence. Some researchers have raised more serious questions about the validity of IQ tests for measuring intelligence, especially across cultures. For example, IQ tests may be inappropriate for measuring intelligence in non-industrialized communities, because they focus on modern, rational-style thinking, a type of reasoning that is common in the modern industrial West but may be alien to other cultures. Although some find evidence of a race-based IQ gap, others argue that race is not a causal variable and that race-based IQ differences are in fact caused by other differences such as health, wealth, and educational disparities.

In the United States, IQ tests have consistently demonstrated a significant degree of variation between different racial groups. On average, IQ scores are highest among Asian Americans, lower among whites, and lowest among blacks. Yet these IQ gaps are only observed in average scores and say very little about individuals. Plus, IQ scores show considerable overlap between these group scores, and individuals of each group can be found at all points on the IQ spectrum. Thus, the implications of the IQ gaps are unclear. And while the existence of racial IQ gaps is well-documented, researchers have not reached a consensus as to their cause. In general, explanations fall into one of two camps: genetic explanations and environmental explanations.

Explanations of ethnically innate intelligence were fairly common early in the twentieth century, with the rise of the American eugenics movement. But after World War II, they quickly fell out of favor over fear of being associated with Nazism. Today, even those who believe intelligence may have some genetic component tend to acknowledge the importance of environmental effects as well.

Many researchers are reluctant to adopt genetic explanations of the IQ gap because of their historical and political implications. The connection between race and intelligence has been a subject of debate in both popular science and academic research since the inception of intelligence testing in the early twentieth century. But even before IQ tests were invented, claims of race-based intelligence gaps were used to justify colonialism, slavery, and racial eugenics. In the late nineteenth and early twentieth centuries, much of the “scientific” evidence for racial intelligence gaps came from measurements such as brain size or reaction times. 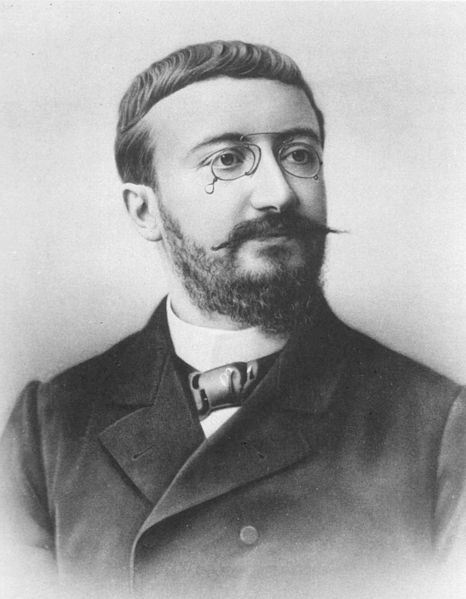 Alfred Binet: Alfred Binet was a French psychologist who invented the IQ test.

The first IQ test was created between 1905 and 1908 and revised in 1916, during a time when Americans were quite concerned about an influx of new immigrants. Different nationalities were sometimes thought to comprise different races, especially nationalities newer to the United States, such as the Irish, the Slavs, and the Italians. Alfred Binet, the developer of these tests, warned that they should not be used to measure innate intelligence or to label individuals. Despite his warnings, the tests were used to evaluate draftees for World War I, and researchers found that people of southern and eastern European backgrounds scored lower than native-born Americans. At the time, such data was used to construct an ethnically based social hierarchy, one in which immigrants were rejected as unfit for service and mentally defective. It was not until later that researchers realized that lower language skills by new English speakers affected their scores on the tests.

Researchers have suggested a wide array of environmental factors that might influence intelligence. In general, these factors are not mutually exclusive with one another: more than one of them may come into play at the same time. In fact, some may even directly contribute to others. Furthermore, the relationship between genetics and environmental factors is likely complicated. For example, the differences in socioeconomic environment for a child may be due to differences in genetic IQ for the parents, and the differences in average brain size between races could be the result of nutritional factors.