Supernaturalism refers to any belief system with supernatural forces, such as magic, and, in general, is prevalent in all societies.

Supernaturalism is perhaps the broadest classification of religious practices, encompassing any belief system dealing with supernatural forces. Supernaturalism asserts the existence of forces beyond human comprehension that frequently interfere, for better or worse, in human affairs. Most simply, the laws of nature do not bind the supernatural. These forces are considered impersonal because they are thought to come and go as they see fit, and can inhabit human and non-human objects alike. In popular culture and fiction, the supernatural is whimsically associated with the paranormal and the occult, which differs from traditional concepts in some religions, such as Catholicism, where divine miracles are considered supernatural.

The concept ‘mana’ is a classic example of a supernatural force that imbues objects with powers and authority. For example, in Polynesian cultures, mana is the force that allows efficacy, or the ability to have an influence in the world. Similarly for Melanesians, mana primarily inhabits objects, like charms or amulets, which confer good fortune to whoever possesses them (though mana can also inhabit people or animals). Mana is not inherently good or evil; its impact depends on how it is used.

In many cases, it becomes difficult or impossible to draw any meaningful line between beliefs and practices that are magical versus those that are religious. In general, The term religion is reserved for an organized cult with a priesthood and dedicated sites of worship or sacrifice, while magic is prevalent in all societies, regardless of whether they have organized religion or more general systems of animism or shamanism. Religion and magic became conceptually separated with the development of western monotheism, where the distinction arose between supernatural events sanctioned by mainstream religious doctrine (“miracles”) and mere magic rooted in folk belief or occult speculation. In pre-monotheistic religious traditions, there is no fundamental distinction between religious practice and magic; tutelary deities concerned with magic are sometimes called “hermetic deities” or “spirit guides. ” 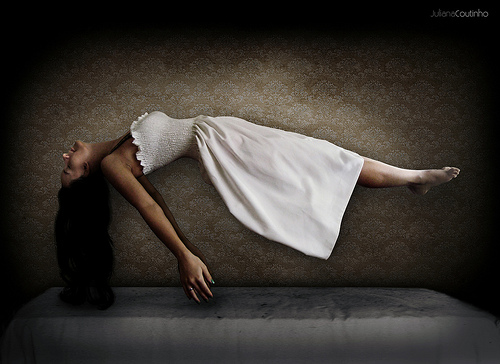