Theism refers to any belief system that incorporates a deity.

The term theism, first introduced by Ralph Cudworth (1617-1688), derives from the Greek word theos meaning “god”. It refers to any belief system that incorporates the existence of a deity. A deity is a supernatural being thought of as holy, divine or sacred. Though they take a variety of forms, deities are often expressed as taking human form. They are usually immortal, and are commonly assumed to have personalities, consciousness and intellects comparable (albeit superior) to those of humans. Typically, deities do not reveal themselves directly to humans, but make themselves known through their effects in the world. They are thought to dwell mainly in otherworldly or holy places like Heaven, Hell, the sky, the under-world, or in a supernatural plane or celestial sphere.

Due to the ubiquity of theistic traditions, Emilee Durkheim saw the deities as an extension of human social life. In line with this reasoning, psychologist Matt Rossini contends that when humans began living in larger groups, they may have created gods as a means of enforcing morality. In small groups, morality can be enforced by social forces like gossip or reputation. However, it is much harder to enforce morality using social forces in larger groups. He indicates that by including ever watchful gods and spirits, humans discovered an effective strategy for restraining selfishness and building more cooperative groups.

When only one deity is recognized, the faith tradition is called monotheistic. Typically, monotheistic traditions conceive of God as omniscient, omnipotent, omnipresent and active in governance and organization of the world and the universe. The most prominent modern day monotheistic religions include Christianity, Islam and Judaism.

In contrast to monotheism, deism is the belief that at least one deity exists and created the world, but that the creator(s), though transcendent and supreme, does/do not alter the original plan for the universe. Deism typically rejects supernatural events (prophecies, miracles and divine revelations) prominent in organized religion. Instead, deism holds that religious beliefs must be founded on human reason and observed features of the natural world, and that these sources reveal the existence of a supreme being as creator.

Faith traditions involving more than one deity are called polytheistic. Hard polytheism recognizes multiple gods as being distinct and separate beings. Examples include the Egyptian and Greek religions, as well as certain schools of Hinduism. Soft polytheism views multiple gods as being connected under the umbrella of a greater whole. Some forms of Hinduism like Smartism/Advaita Vedanta are considered soft polytheistic traditions. Polytheism can also be subdivided according to how individual deities are regarded: Henotheism is the belief that while only one deity is worshiped other deities may exist and other people are justified in worshiping those other deities. Monolatrism refers to the belief that there may be more than one deity, but that only one is worthy of being worshiped.

Birth of monotheism, modern Judaism and finalizing the Torah: The beginnings of modern religion and the origins of the Hebrew Bible 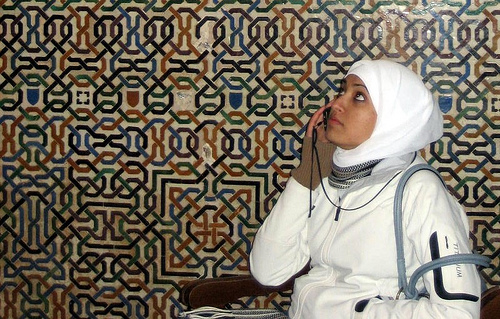