Typically, a political party is a political organization seeking to influence government policy by nominating its own select candidates to hold seats in political office, via the process of electoral campaigning. Parties often espouse an expressed ideology or vision, bolstered by a written platform with specific goals that form a coalition among disparate interests.

The type of electoral system is a major factor in determining the type of party political system. In countries with a simple plurality voting system there can be as few as two parties elected in any given jurisdiction. In countries that have a proportional representation voting system, as exists throughout Europe, or a preferential voting system, such as in Australia or Ireland, three or more parties are often elected to parliament in significant proportions, allowing more access to public office. In a nonpartisan system, no official political parties exist, sometimes due to legal restrictions on political parties. In nonpartisan elections, each candidate is eligible for office on his or her own merits. In nonpartisan legislatures, no formal party alignments within the legislature is common.

In two-party systems, such as in Jamaica and Ghana, the two political parties dominate to such an extent that electoral success under the banner of any other party is virtually impossible. Multi-party systems are systems in which more than two parties are represented and elected to public office. Australia, Canada, Pakistan, India, Ireland, the United Kingdom, and Norway are examples of countries with two strong main parties, along with smaller or “third” parties that have also obtained representation. The smaller parties may form part of a coalition government together with one of the larger parties, or act independently.

Political parties, still called factions by some, are lobbied vigorously by organizations, businesses and special interest groups such as trades unions. Money and gifts-in-kind to a party, or its leading members, may be offered as incentives. Such donations are the traditional source of funding for all right-of-center cadre parties. In the late 19th century, these parties faced opposition by the newly founded left-of-center workers’ parties, who formed a new party type—the mass membership party—and a new source of political fundraising—membership dues. 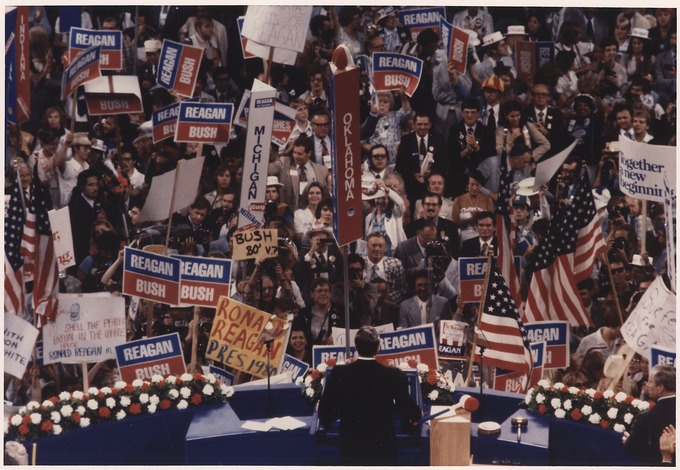