Terrorism is an act of violence intended to create fear, which is then leveraged in order to achieve goals.

Terrorism is the systematic use of terror, especially as a means of coercion. Although the term lacks a universal definition, common definitions of terrorism refer to violent acts intended to create fear (terror). These acts are perpetrated for a religious, political, or ideological goal, and deliberately target or disregard the safety of non-combatants (civilians).

Terrorism has been practiced by a broad array of political organizations for furthering their objectives. It has been practiced by right-wing and left-wing political parties, nationalistic groups, religious groups, revolutionaries, and ruling governments. An abiding characteristic is the indiscriminate use of violence against noncombatants to gain publicity for a group, cause or individual. Therefore, the power of terrorism comes from its ability to leverage human fear to help achieve these goals.

The terms “terrorism” and “terrorist” carry strong negative connotations. These terms are often used as political labels to condemn such violence as immoral, indiscriminate, or unjustified or to condemn an entire segment of a population. However, some groups, when involved in a liberation struggle, have been called terrorists by the Western governments or media. In some liberation struggles, these same persons can become the leaders or statesman of these liberated nations. Thus, the perpetrators of terrorism can widely vary; terrorists can be individuals, groups or states. According to some definitions, clandestine or semi-clandestine state actors may also carry out terrorist acts outside the framework of a state of war. 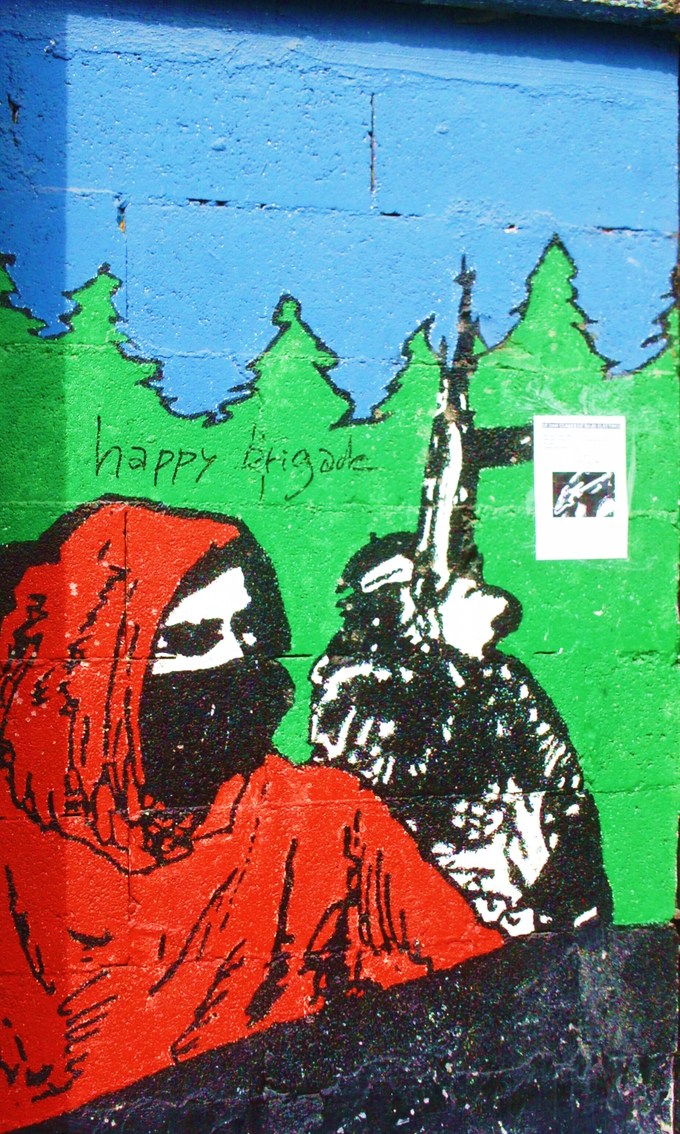 A pro-ETA mural in Durango, Biscay: The ETA is considered a terrorist organization by most governments, but proclaims its own mission to be liberation.

Religious terrorism is performed by groups or individuals, the motivation of which is typically rooted in faith-based tenets. Terrorist acts throughout the centuries have been performed on religious grounds with the hope to either spread or enforce a system of belief, viewpoint or opinion. Religious terrorism does not in itself necessarily define a specific religious standpoint or view, but instead usually defines an individual or group interpretation of that belief system ‘s teachings. 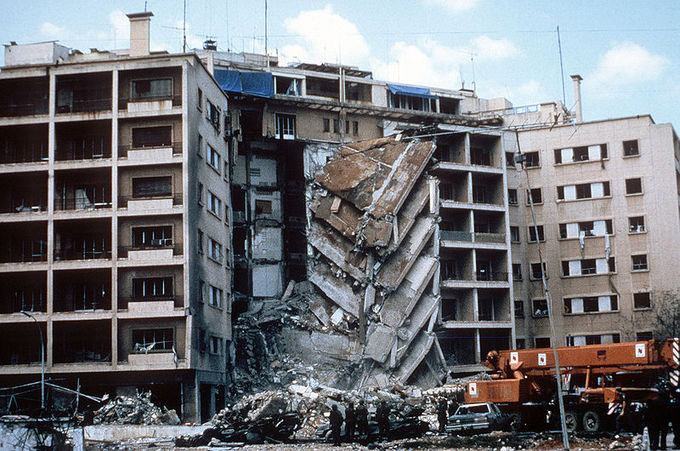 Terrorist Bomb Attack: A view of damages to the U.S. Embassy in Beirut caused by a terrorist bomb attack, April 1983