Global trade is the exchange of money, goods, and services across international borders. As transportation has improved, global trade has increased, and businesses have pressured governments to relax restrictions on trade. In most countries, global trade now accounts for many of the goods and services bought or sold, and many companies earn profits from global trade.

For centuries, governments restricted international trade based on the principles of mercantilism, which maintained that countries were all competing to maximize their stores of gold. Accordingly, governments imposed high tariffs to limit imports and promoted exports in order to sell their goods in exchange for more gold. But in the nineteenth century, especially in the United Kingdom, mercantilism gradually gave way to a belief in free trade.

Following a free trade orientation, governments do not discriminate against imports by imposing tariffs or promoting exports with subsides. Since the mid-twentieth century, nations have increasingly reduced tariff barriers and currency restrictions on international trade. But even though many countries have moved toward free trade, other trade barriers remain in place: import quotas, taxes, and diverse means of subsidizing domestic industries can all hinder trade.

As global trade has grown, governments have faced the problem of regulating trade that originates or ends outside their jurisdiction. Traditionally, governments regulated international trade through bilateral treaties that were negotiated between two nations. But as trade has become more global and more complex, trade negotiations have expanded to include more countries. Now, trade is regulated in part by worldwide agreements, such as the General Agreement on Tariffs and Trade (GATT), a multilateral agreement that went into effect in 1948. In 1995, GATT was replaced by the World Trade Organization ( WTO ), an international body that supervises global trade.

Most countries in the world are members of the WTO, which limits in certain ways but does not eliminate tariffs and other trade barriers. Most countries are also members of regional free trade areas that lower trade barriers among participating countries. Trade agreements are negotiated by independent nations with their own interests and values in mind, which often include values and interests other than maximum global output. As a consequence, some level of protectionism is used by almost every nation, in the form of subsidies or tariffs to protect industries a nation considers essential, such as food and steel production.

Economic arguments against free trade criticize the assumptions or conclusions of economic theories. Critics note that free trade may exacerbate inequality among countries and within them. Free trade may favor developing nations in certain areas, may benefit only the wealthy within countries, may increase offshoring, and may destabilize financial markets. Sociopolitical arguments against free trade cite social and political effects that economic arguments do not capture, such as political stability, national security, human rights, and environmental protection. Critics note that free trade undermines cultural diversity, causes dislocation and pain, and undermines national security. In response, fair trade, or an economic system that emphasizes living wages for the producers of goods, has developed as an alternative to free trade in the last several years. 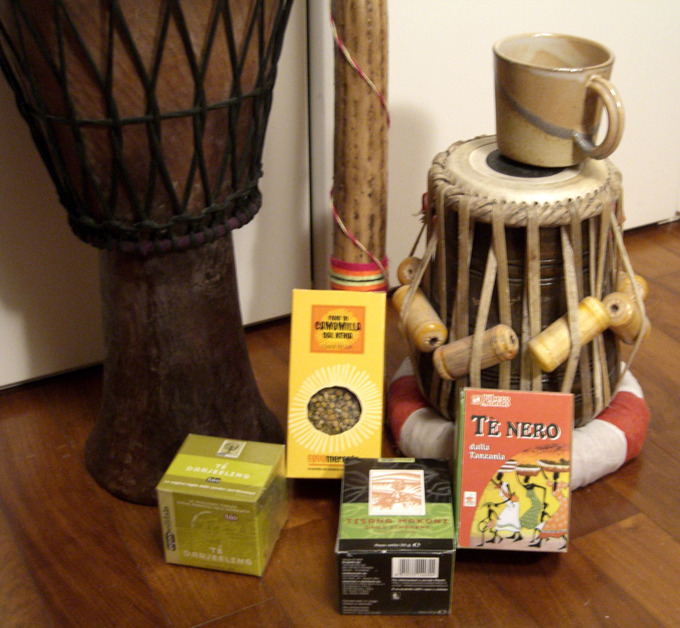 Fair Trade: Fair trade products are slightly more expensive but certify that the excess cost is passed along to the workers to ensure better living and working conditions.