Early in the 19th century, the English scholar Reverend Thomas Malthus published “An Essay on the Principle of Population.” He wrote that overpopulation was the root of many problems industrial European society suffered from— poverty, malnutrition, and disease could all be attributed to overpopulation. According to Malthus, this was a mathematical inevitability. Malthus observed that, while resources tended to grow arithmetically, populations exhibit exponential growth. Thus, if left unrestricted, human populations would continue to grow until they would become too large to be supported by the food grown on available agricultural land. In other words, humans would outpace their local carrying capacity, the capacity of ecosystems or societies to support the local population.

As a solution, Malthus urged “moral restraint.” That is, he declared that people must practice abstinence before marriage, forced sterilization where necessary, and institute criminal punishments for so-called unprepared parents who had more children than they could support. Even in his time, this solution was controversial. According to Malthus, the only alternative to moral restraint was certain disaster: if allowed to grow unchecked, population would outstrip available resources, resulting in what came to be known as Malthusian catastrophes: naturally occurring checks on population growth such as famine, disease, or war. 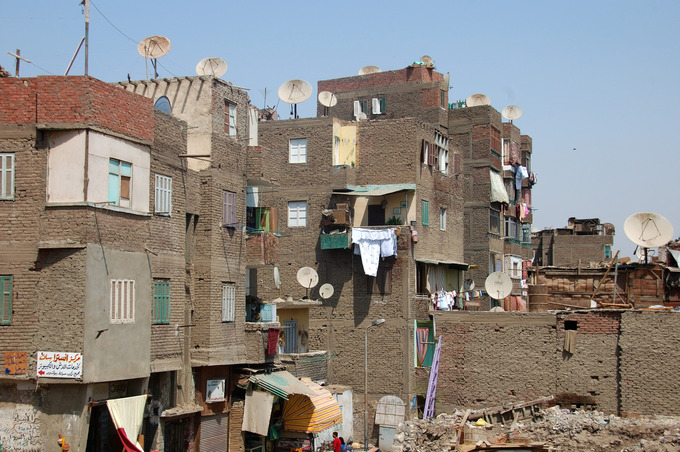 Overpopulated Urban Slums: Malthusians would cite epidemics and starvation in overpopulated urban slums, like this one in Cairo, as natural checks on growing populations that have exceeded the carrying capacities of their local environments.

Over the two hundred years following Malthus’s projections, famine has overtaken numerous individual regions. Proponents of this theory, Neo-Malthusians, state that these famines were examples of Malthusian catastrophes. On a global scale, however, food production has grown faster than population due to transformational advances in agricultural technology. It has often been argued that future pressures on food production, combined with threats to other aspects of the earth’s habitat such as global warming, make overpopulation a still more serious threat in the future.