Forecasts try to estimate the rate of population growth, but this is understandably difficult to predict. For example, the UN has issued multiple projections of future world population, based on different assumptions. From 2000 to 2005, the UN consistently revised these projections downward, until the 2006 revision, issued on March 14, 2007, revised the 2050 mid-range estimate upwards by 273 million. The UN now estimates that, by 2050, world population will reach 9 billion people. However, this forecast, like all population forecasts, is subject to change.

Population growth is difficult to predict because unforeseen events can alter birth rates, death rates, migration, or the resource limits on population growth. Birth rates may decline faster than predicted due to increased access to contraception, later ages of marriage, the growing desire of many women in such settings to seek careers outside of child rearing and domestic work, and the decreased economic “utility” of children in industrialized settings. Countries may also choose to undertake mitigation measures to reduce population growth. For example, in China, the government has put policies in place that regulate the number of children allowed to each couple. Other societies have already begun to implement social marketing strategies in order to educate the public on overpopulation effects. Certain government policies are making it easier and more socially acceptable to use contraception and abortion methods.

Such policies could have a significant effect on global fertility rates. Worldwide, nearly 40% of pregnancies are unintended (some 80 million unintended pregnancies each year). An estimated 350 million women in the poorest countries of the world either did not want their last child, do not want another child or want to space their pregnancies, but they lack access to information, affordable means and services to determine the size and spacing of their families. In the United States, in 2001, almost half of pregnancies were unintended. Fertility rates could be significantly reduced by providing education about overpopulation, family planning, and birth control methods, and by making birth-control devices like male/female condoms, pills, and intrauterine devices easily available. At the same time, other countries may roll back access to contraception, as has happened recently in Afghanistan. Or they may implement pro-natalist policies, like those seen in much of Europe where governments are concerned with sub-replacement fertility. Any of these changes could affect fertility rates and therefore alter forecasts of population growth.

At the same time, other factors could affect mortality rates, which would also alter population forecasts. Death rates could fall unexpectedly due to advances in medicine or innovations that stretch resources so population can continue to grow past what seemed like intractable resource limits. For example, in the mid-20th century, the Green Revolution in agriculture dramatically increased available food by spreading farming technology like fertilizer and increasing efficiency in agriculture. In the future, production might be increased by innovations such as genetically modified crops, more efficiently employing agricultural technology, and aquaculture.

At the same time, death rates can also increase unexpectedly due to disease, wars, and other mass catastrophes. According to some scenarios, disasters triggered by the growing population’s demand for scarce resources will eventually lead to a sudden population crash, or even a Malthusian catastrophe, where overpopulation would compromise global food security and lead to mass starvation. 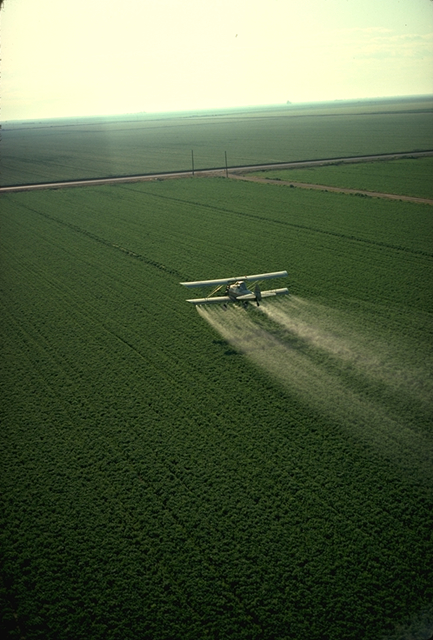 The Green Revolution: The Green Revolution was a period of rapid technological innovation in agricultural, which made food resources more widely available than expected and thus reduced the global mortality rate. This type of unanticipated change can reduce the accuracy of population forecasts.