Diffusion of responsibility is a socio-psychological phenomenon whereby a person is less likely to take responsibility for an action (or for inaction) when others are present. In such situations, individuals assume that others have already taken responsibility and therefore they have no moral obligation to do so. Alternatively, individuals might feel as though no one can find them responsible because there is no way to single out their behaviors from the rest of the group. Because they will not be forced to take responsibility, they choose not to do so on their own accord. Diffusion of responsibility tends to occur in groups of people above a critical size and when responsibility is not explicitly assigned. It rarely occurs when the person is alone and diffusion increases in groups of three or more.

Diffusion of responsibility also includes positive behaviors, or the commission of actions, when an individual feels that he can pin the consequences of those behaviors on others rather than assume personal responsibility for them. This type of positive diffusion of responsibility constitutes the basis of the Nazi defense in the international Nuremberg Trials. The Nuremberg Trials were a series of military tribunals held by the victorious Allied forces following World War II in which many Nazi leaders were prosecuted for war crimes. The main Nuremberg Trial charged 24 Nazi leaders with participation in a conspiracy for a crime against the peace, planning, initiating, and waging wars of aggression and other crimes against the peace, war crimes, and crimes against humanity. Significantly, while all of the 24 charged were all high up in Nazi leadership, they were not the main Nazi war architects, such as Adolf Hitler, Heinrich Himmler, and Joseph Goebbels, since all three of these men had committed suicide before the trials began. As such, the 24 men charged were all in serious leadership positions, but also received orders from higher-ups. This fact—that the defendants had received orders—became the heart of their defense, as they argued that they were not responsible for the charges because they were “only following orders. ” 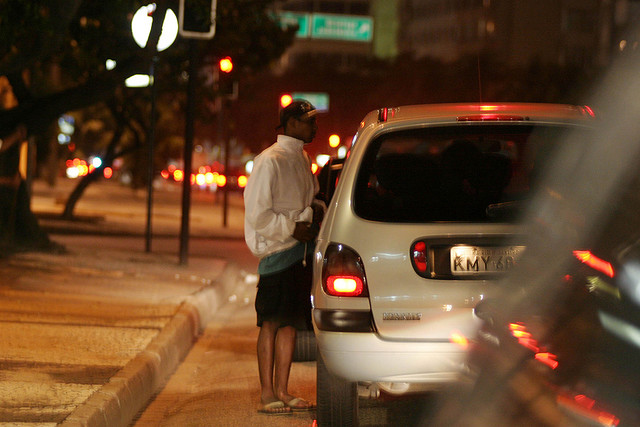 Rio de Janeiro Mugging: Studies have shown that bystanders who observe street crime are unlikely to intervene, often under the belief that others will take responsibility for intervening in the situation.

Some have argued that the problems associated with the diffusion of responsibility, particularly the form that manifests as inaction, multiply in urban contexts. When there are more people around, the more likely you are to assume that someone else will do something about the problem rather than fix it yourself. This sense of a lack of individual impact in populous places contributes to the overrepresentation of anomie in urban areas. Anomie was a concept developed by French sociologist Émile Durkheim in his 1897 study Suicide, describing a lack of social norms, or the breakdown of social bonds between an individual and his community ties, resulting in the fragmentation of social identity. According to Durkheim, when one is caught in a normless state in society, one has no parameters to hold on to and, accordingly, cannot situate oneself within that society and becomes socially adrift and isolated. Durkheim writes that anomie is common when the surrounding society has undergone significant changes in its economic fortunes, whether for better or for worse, and more generally, when there is a significant discrepancy between the ideological theories and values commonly professed and what is actually practicable in everyday life. When one feels that he need not take personal responsibility for his actions (or inaction, as it may be) but can instead rely upon the actions of others, one may feel unconnected to society. In this sense, diffusion of responsibility may mean that one feels insignificant and unconnected.