The origin of language is a widely discussed and controversial topic due to very limited empirical evidence.

The origin of language in the human species is a widely discussed topic. There is no consensus on ultimate origin or age. Empirical evidence is limited, and many scholars continue to regard the whole topic as unsuitable for serious study. 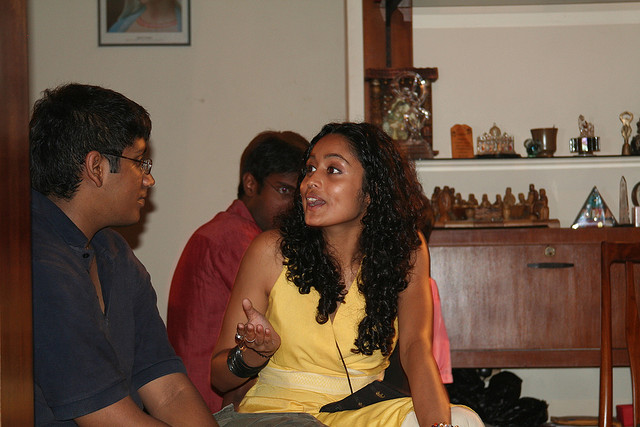 Language in daily life: The origin of language in the human species is a widely discussed topic.

Theories about the origin of language can be divided according to their basic assumptions. Some theories are based on the idea that language is so complex that one cannot imagine it simply appearing from nothing in its final form, but that it must have evolved from earlier pre-linguistic systems among our pre-human ancestors. These theories can be called continuity-based theories.

The opposite viewpoint is that language is such a unique human trait that it cannot be compared to anything found among non-humans and that it must therefore have appeared fairly suddenly in the transition from pre-hominids to early man. These theories can be defined as discontinuity-based.

Similarly, some theories see language mostly as an innate faculty that is largely genetically encoded, while others see it as a system that is largely cultural—that is, learned through social interaction. Currently the only prominent proponent of a discontinuity theory of human language origins is Noam Chomsky.

Because the emergence of language is located in the early prehistory of man, the relevant developments have left no direct historical traces and no comparable processes can be observed today. Theories that stress continuity often look at animals to see if, for example, primates display any traits that can be seen as analogous to what pre-human language must have been like. Alternatively early human fossils can be inspected to look for traces of physical adaptation to language use or for traces of pre-linguistic forms of symbolic behaviour.