Cultures hold values that are largely shared by their members, thereby binding members together.

Values and value systems are guidelines that determine what is important in a society. They can be defined as broad preferences concerning appropriate courses of action or outcomes. Values reflect a person’s sense of right and wrong, or what “ought” to be. “Equal rights for all,” “Excellence deserves admiration,” and “People should be treated with respect and dignity” are representative of values. Types of values include ethical/moral value, doctrinal/ideological (religious, political, etc.) values, social values, and aesthetic values.

Cultures have values that are largely shared by their members, thereby binding members together. Members take part in a culture even if each member’s personal values do not entirely agree with some of the normative values sanctioned in the culture. This reflects an individual’s ability to synthesize and extract aspects valuable to them from the multiple subcultures to which they belong. Values vary across individuals and cultures, and change over time; in many ways, they are aligned with belief and belief systems. Noting which people receive honor or respect can often identify the values of a society. In the US, for example, professional athletes at the top levels in some sports are honored (in the form of monetary payment) more than college professors. Surveys show that voters in the United States would be reluctant to elect an atheist as a president, suggesting that belief in God is a value.

Values are related to the norms of a culture, but they are more global and abstract than norms. Normsare rules for behavior in specific situations, while values identify what should be judged as right or wrong. Flying the national flag on a holiday is a norm, but it reflects the value of patriotism. Wearing dark clothing and appearing solemn are normative behaviors at a funeral. In certain cultures, they reflect the values of respect and support of friends and family. If a group member expresses a value that is in serious conflict with the group’s norms, the group’s authority may carry out various ways of encouraging conformity or stigmatizing the non-conforming behavior of its members. For example, transgender individuals hold the value of freedom to identify and express their gender as they choose; however this value is not shared by much of society, and discriminatory laws and practices prevent this freedom.

Values can act as blinders if people take their own personal values (or their society’s values) as universal truths and fail to recognize the diversity of values held across people and societies. They may believe their values determine the only way to understand and act in the world, when, in fact, different people and different societies may have widely divergent values. 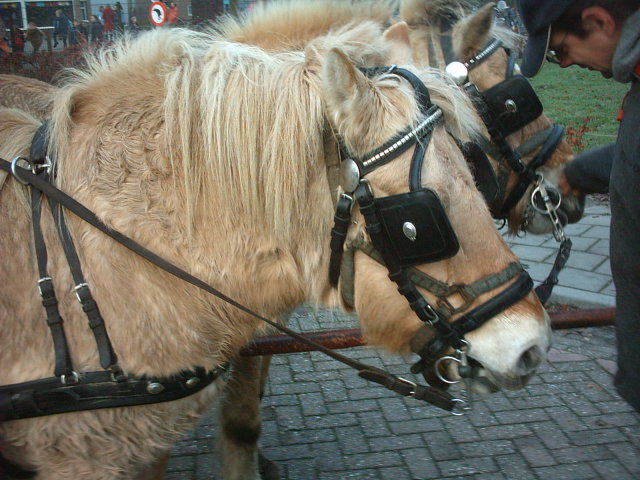 Blinders: Values can act as blinders if people fail to recognize the diversity of values held across people and cultures, and assume their own society’s values are universal truths.