Sociobiology examines and explains social behavior based on biological evolution.

Sociobiology is a field of scientific study which is based on the assumption that social behavior has resulted from evolution. It attempts to explain and examine social behavior within that context. Often considered a branch of biology and sociology, it also draws from ethology, anthropology, evolution, zoology, archaeology, population genetics, and other disciplines. Within the study of human societies, sociobiology is very closely allied to the fields of Darwinian anthropology, human behavioral ecology, and evolutionary psychology. While the term “sociobiology” can be traced to the 1940s, the concept didn’t gain major recognition until 1975 with the publication of Edward O. Wilson’s book, Sociobiology: The New Synthesis. 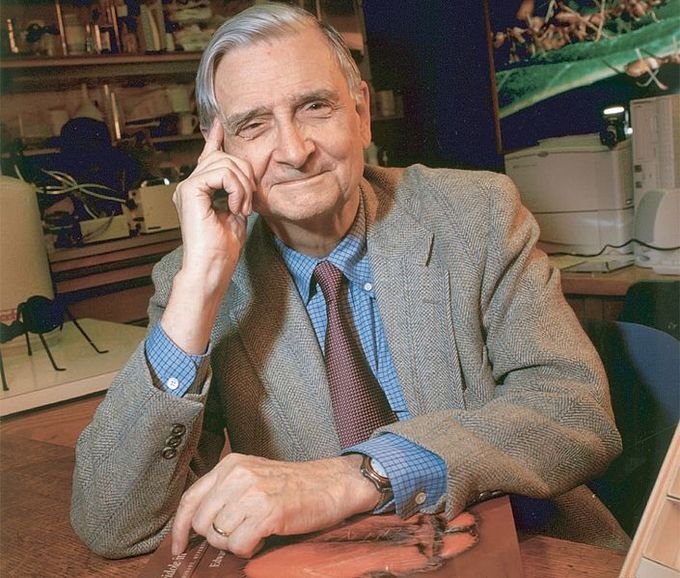 Edward O. Wilson: E. O. Wilson is a central figure in the history of sociobiology.

Sociobiologists believe that human behavior, like nonhuman animal behavior, can be partly explained as the outcome of natural selection. They contend that in order to fully understand behavior, it must be analyzed in terms of evolutionary considerations. Natural selection is fundamental to evolutionary theory. Variants of hereditary traits, which increase an organism’s ability to survive and reproduce, are more likely to be passed on to subsequent generations. Thus, inherited behavioral mechanisms that allowed an organism a greater chance of surviving and reproducing in the past are more likely to survive in present organisms.

Following this evolutionary logic, sociobiologists are interested in how behavior can be explained as a result of selective pressures in the history of a species. Thus, they are often interested in instinctive, or intuitive behavior, and in explaining the similarities, rather than the differences, between cultures. Sociobiologists reason that common behaviors likely evolved over time because they made individuals who exhibited those behaviors more likely to survive and reproduce.

Many critics draw an intellectual link between sociobiology and biological determinism, the belief that most human differences can be traced to specific genes rather than differences in culture or social environments. Critics also see parallels between sociobiology and biological determinism as a philosophy underlying the social Darwinian and eugenics movements of the early 20th century as well as controversies in the history of intelligence testing.