In the Marxist perspective, social stratification is created by unequal property relations, or unequal access to the means of production.

In Marx’s view, social stratification is created by people’s differing relationship to the means of production: either they own productive property or they labor for others.

In Marxist theory, the capitalist mode of production consists of two main economic parts: the substructure and the Superstructure. In a capitalist society, the ruling class, or the bourgeoisie, owns the means of production, such as machines or tools that can be used to produce valuable objects. The working class, or the proletariat, only possess their own labor power, which they sell to the ruling class in the form of wage labor to survive. These relations of production—employer-employee relations, the technical division of labor, and property relations—form the base of society or, in Marxist terms, the substructure. From this material substructure, the superstructure emerges. The superstructure includes the ideas, philosophies and culture of a society. In a capitalist society, the ruling class promotes its own ideologies and values as the norm for the entire society, and these ideas and values are accepted by the working class.

A temporary status quo could be achieved by employing various methods of social control—consciously or unconsciously—by the bourgeoisie in various aspects of social life. Eventually, however, Marx believed the capitalist economic order would erode, through its own internal conflict; this would lead to revolutionary consciousness and the development of egalitarian communist society. In this communist society, the state would own the means of production, and it would equally distribute resources to all citizens. The means of production would be shared by all members of society, and social stratification would be abolished. 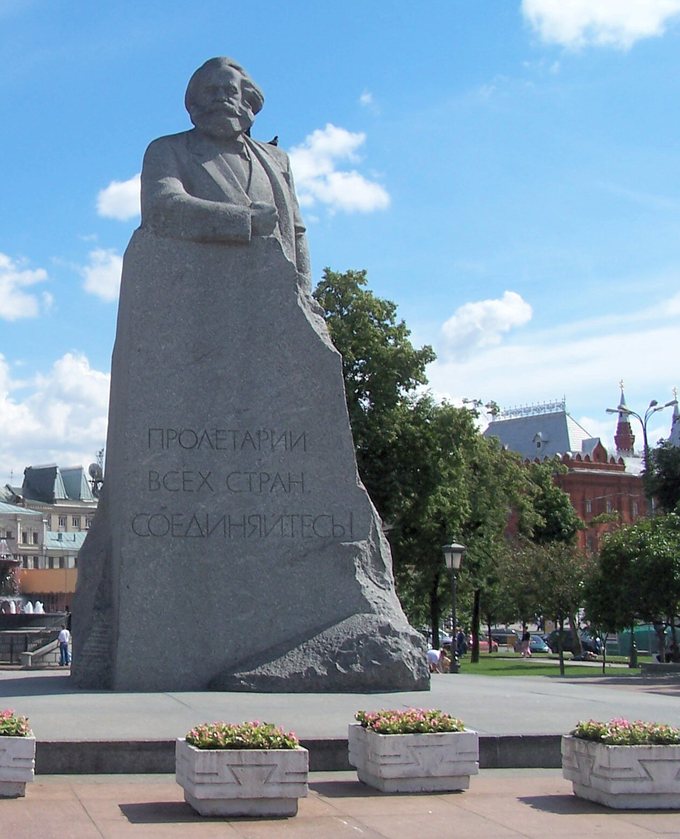 Marx Memorial in Moscow: This memorial to Karl Marx in Moscow reads, “Proletarians of all countries unite! ” Marxism is associated with a view of stratification that pits the owners of means of production against the laborers.