The feminization of poverty refers to the fact that women represent a disproportionate share of the world’s poor.

The feminization of poverty describes a phenomenon in which women represent a disproportionate percentage of the world’s poor. This trend is not only a consequence of lack of income, but also of lack of opportunities due to gender biases and fixed gender roles in some societies. Gender biases often deprive women of opportunities to independently pursue education or careers and are often linked to the expectation that women are responsible for childbearing and childrearing. Women’s increasing share of poverty is related to the rising incidence of lone mother households.

Many factors place women at higher risk of poverty than their male counterparts. Though low income is the primary cause of female poverty, there are many interrelated sources of this problem. Lack of income deprives women of basic needs, such as food and shelter, and limits their opportunities for advancement. As women disproportionately earn less income than men, they are deprived of basic education and healthcare, which lowers their lifetime earning potential. The responsibilities associated with motherhood further limit women’s economic attainment. Lone mother households, or households without a second parent or guardian, are the households with the highest risk of poverty. Female headed households (where no male is present) are most susceptible to poverty because they have fewer income earners to provide financial support within the household. Lone mother households relate to gender inequality issues as women are more susceptible to poverty and lack essential life needs in comparison to men.

Women in poverty also have reduced access to healthcare services and resources. Partly due to the toll of childbearing, women are disproportionately afflicted with poor health outcomes. Poor health reduced women’s ability to earn income, and, thus, is a key factor increasing and perpetuating household poverty. Increasing health services to women could, therefore, mitigate the feminization of poverty. The education of women and children, especially girls, can create greater opportunities for women to lift themselves out of poverty and increase their social position. Countries with strong gender discrimination and social hierarchies limit women’s access to basic education. Even within the household, girls’ education is often sacrificed to allow male siblings to attend school.

Employment opportunities are limited for women worldwide. Women are often barred from materially controlling their environment due to unequal access to profitable and fulfilling occupational opportunities. Employment can be divided into informal and formal occupations. Formal employment is government regulated, and workers are insured a wage and certain rights. Informal employment takes place in small, unregistered enterprises. A large proportion of women are employed in informal workplaces, reducing the regulation of their employment. This makes it more difficult for women to address workplace grievances and ensure safe and legal working conditions. 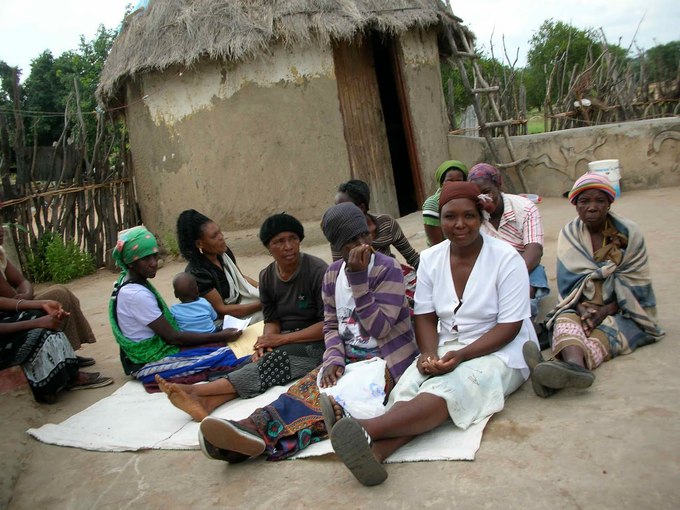 Microcredit Lending to Women: Microcredit, a system of providing small loans to individuals and families in impoverished areas in an attempt to reverse the cycle of poverty, is almost always distributed to women.