DID, formerly refer to as multiple personality disorder, is characterized by the existence of two or more identities or personality traits within a single individual. Patient with this disorders demonstrate transfer of behavioral control among alter identities either by state transitions or by interference and overlap of alters who manifest themselves simultaneously. It is observed in 1-3% of the general population. (American Psychiatric Association, 2000)

The DSM-IV-TR criteria according to the American Psychiatric Association (2000) includes the following:

There are no reliable figures on the diagnosis of children. However, it has increased during the 1990s. A child acting like someone else is perfectly normal. They are trying to get a sense of self. Of course, if some trauma happens in a child’s life, the result may go beyond simply mimicking another person. It may go as far as to creating alternate personality states so they can create a fantasy world in order to escape real life. The average age of onset is in early childhood, generally by the age of four. The average time period for the first symptom to occur to diagnose is 6-7 years. The disorder may go dormant after 40 years of age but may reappear during episodes of stress,trauma or with substance abuse.

It is indicated when diagnosing DID, clinicians should consider other disorders such as dissociative disorder, mood disorder, personality disorder, schizophrenia, seizure disorder, eating disorder, malingering, and factitious disorders. A critical important difference between DID and Schizophrenia is that in schizophrenic people they hear voices within their heads, not from the outside. In addition, clinicians must be must be careful relying on historical references to recognize chronic amnesia, symptoms of PTST, a history of maltreatment, and the presence of alter identities that may allow them to make a diagnosis of DID even if other comorbid disorders are observed. (American Psychiatric Association, 2000)

The treatment of dissociative disorders is difficult and time-consuming and is mostly enacted via behavioral modifications through outpatient therapy. However, in extreme cases or when physical or emotional harm is imminent, hospitalization may be a required intervention. Some of the indications for inpatient assessment or hospitalization include severe depression over a long period, anxiety and delusion disorders that lead to compulsive acting out of behaviors, cognitive reactions (eg, nightmares, flashbacks), physical reactions, fatigue, and interpersonal reactions (eg, conflict, problems with mood regulation, antisocial behavior, physical aggressiveness, suicidal behavior, traumatic and schizophrenic episodes). The ultimate goal for hospitalization of a patient is to ensure immediacy in restoring safey and stability. The patient remains at risk as long as no change in behavior or in approach for generating behavior modifications to improve response to stress and quality of life occurs. 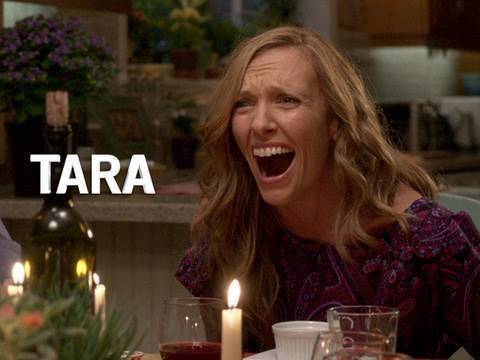 The show, The United States of Tara on Showtime is a show that depicts a woman that deals with Dissociative Identity Disorder. Tony, in this video, has 53 personalities. In this video, a therapist talks about a client whose symptoms often caused others to misdiagnose her.