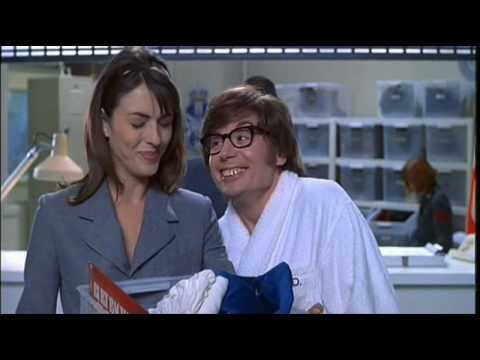 A YouTube element has been excluded from this version of the text. You can view it online here: http://pb.libretexts.org/temp/?p=1233

What is a person with Histrionic Personality Disorder like?

The majority of cases of Histrionic Personality Disorder (HPD) are female. They may initially seem like average girls or young women, as their excessive focus on physicality can be seen in more reasonable quantities in most young ladies. At first this person may seem simply a little scattered, a little shallow, and a tad self-centered. However, a person with HPD exhibits far more than the normal amounts of all of these traits. Use of phrases that are ambiguous is frequent. “It was just like, you know, weird” would be a normative statement, or even “it was just like . . . you know?” This vague speech encompasses most of life, especially in regards to emotions and any cognitions. For example, one may see they have a distaste for something, and when inquiring as to why, simply get the response, “because it’s bad/yucky” or “I just don’t like it!” In this way, a person with HPD can often seem almost childlike in their speech patterns, as though they cannot introspect well enough to discern a more accurate description, or are too distracted or disinterested to even attempt to do so.

However, this vagueness does not mean they are unsure. People with HPD tend to be very sure of everything they think and do, even if what they think and feel changes moment to moment. This confidence can be seen in many of their actions, though they are often more than happy to act meek if it will acquire them attention. This confidence in the truth of their opinions seems to lead to them expressing emotions as if they are incredibly severe. Though it is often debated whether the person with HPD experiences emotions more intensely, or simply reports them as more intense; we normally see expression of incredibly powerful emotions, but short lived, and very shallow. Though the term shallow may sound odd when referring to an emotion, when one converses with a person with HPD it usually becomes abundantly clear rather quickly. There is very little subtlety or shades of grey to the emotional spectrum of a person with HPD. If they are sad, they are distraught and the entire world is in peril; when they are happy, they are ecstatic, and euphoria barely expresses the joy they feel. In this way, such things as ‘bittersweet’ or simply doing pleasantly seems to be outside of the person with HPD’s realm of experience. Even emotions like envy, which are distinct to most people, seem to get subsumed into a broader emotion, such as anger. And where an average person may be irritable with someone, a person with HPD often skips straight to blind rage, and will start a fight or throw a tantrum in response.

This extremity of expression is seen also in their conceptions, or at least their reports on their conceptions, of interpersonal relationships. A person is an enemy, or they are thick as thieves. A person with HPD may refer to you as their BFF (best friend forever) after only a couple of meetings. After four meetings, they may express that not only are they in love with you, you are in love with them! This confidence may seem to overlap with narcissistic personality disorder in many ways, and in this single aspect, the two do have similarities, but expression in other symptoms is much more specific in HPD.

But, like the better known Narcissistic PD, people with HPD also crave the spotlight. They love, almost need to be the focal point of at least one person’s attention at any given time, but the more, the better. Where the two disorders differ, is that HPD sufferers almost exclusively use physical attractiveness and sexuality to gain this attention. Though sometimes they resort to emotionality, often in the form of temper tantrums, more often than not they take on the role of seductress. A young lady with HPD may think nothing of taking off her shirt in a room full of people if she felt that focus was shifting somewhere else. Once again, though many people enjoy being the center of attention, and many normal young women may use their bodies or sensuality to become the center of attention (see the average spring break videos), these behaviors are exaggerated, more frequent, and occur in less appropriate situations in a person with HPD.