Dr. Helen Hudson is a retired criminal psychologist. Her exact age is not given but she is estimated to be in her mid 40’s. She is a physically healthy female without a family of her own. No family background is provided in the film. Dr. Hudson is very renowned in her field and often lectures on the subject. She testifies against and profiles serial killers. Dr. Hudson was attacked by a killer she testified against and witnessed him kill one of her police bodyguards. After he was sentenced to jail, he threatened to kill her. This triggered a deep fear and extensive amount of anxiety in Dr. Hudson. Due to her fear and anxiety, Dr. Hudson confines herself to her home and puts in premium security systems to attempt to feel safe. Because Dr. Hudson does not leave her home, her social relationships are confined to her live-in assistant and anonymous online friends she communicates with through chat rooms and games. She is a heavy drinker and takes many pills for her condition. Upon becoming homebound, Dr. Hudson retired from clinical practice and writes books to generate an income.

Dr. Hudson was extremely traumatized by her attack and the violence and death she witnessed. After the attack, Dr. Hudson not only retired from her practice but also became totally homebound to avoid contact with anyone who might be a potential serial killer. She feels she is “the pin-up girl” for serial killers. She believes they all know her and want to either impress her with their killings or want to kill her. Dr. Hudson displays perceptions of imminent danger in even simple tasks such as retrieving the newspaper from the hallway in front of her apartment door. When she does attempt to leave the apartment, even in the face of another attack, it brings on such severe panic that she almost becomes unconscious and returns to her home, even though there is an intruder inside. She has nightmares, paranoia, hyperventilates, becomes dizzy, breaks out in sweat, and sometimes will pass out from her panic symptoms. She occasionally hallucinates that she is seeing her attacker. Her panic attacks happen often enough that she keeps anti-anxiety medications in several places in her house for easy access. She has a live-in assistant to aid her in case she passes out during her attacks. Because of her alcohol and pill use, she does not trust her own thoughts or actions from time to time. She is often agitated. In severe stress situations, Dr. Hudson will sometimes laugh inappropriately. Dr. Hudson does not verbally discuss the symptoms she is feeling but she does obviously sweat during her attacks and blurred vision is implied with camera use in the film. She has a deep distrust of others and views herself as superior to others much of the time, especially police officers.

The diagnosis for Dr. Helen Hudson would be Panic Disorder with Agoraphobia (300.21) and is comorbid with Post-Traumatic Stress Disorder (309.81).

B. The presence of agoraphobia

C. The panic attacks are not due to the direct physiological effects of a substance (e.g. a drug of abuse, a medication ) or a general medical condition (e.g. hyperthyroidism)

The people viewing this film would get a very accurate portrayal of panic disorder with agoraphobia along with post-traumatic stress disorder. Dr. Hudson displays many of the symptoms of all three conditions. Her condition is discussed in the film so it would give the general public the appropriate labels for both panic attacks and agoraphobia. However, PTSD is not discussed and seems to be the root of her problems. It is hard to feel completely confident in this diagnosis without a discussion with the character/author. Many of the symptoms one would feel in a panic disorder need to be verbally expressed. Is she feeling the symptoms of a heart attack? Is she nauseous? Does she feel like she is choking? Do all of her thoughts stem back to her attack? Only the physical symptoms are apparent to the viewer. The agoraphobia is well displayed in the film. She very obviously suffers with the feeling she will be in a situation that will not allow her to escape and will suffer as she did when she was attacked by a killer. Post-traumatic stress disorder is comorbid in this diagnosis. Dr. Hudson’s symptoms were brought on by a horrific, life-threatening event. She does have continued thoughts about this situation along with sleep disturbances from the attack.

Dr. Helen Hudson would probably be very difficult to treat since she is a psychologist and would have been trained in and practiced treatments for her disorder. By taking an anti-depressant medication, she could hopefully reduce her agoraphobic symptoms and with a benzodiazepine she could control her panic attacks. However, beginning other therapies would a healthier way for her to overcome her issues. Hopefully the medications would not need to be a long-term solution.

Discussing the statistical data of people killed by serial killers would be a starting point in cognitive therapy for Dr. Hudson. She probably has a higher than chance probability of being targeted because she is a famous criminal psychologist and killers might try to impress her by outwitting her, but generally speaking the chance of being killed by a serial killer is low. Next, having Dr. Hudson go through some low-level fear exposures would be necessary. This would include viewing photos of serial killers and viewing documentaries about them.

Next, developing and rehearsing coping responses could be done. Here, intense imagery would be used to help Dr. Hudson imagine her darkest fears and increase her anxiety so that realistic solutions to her fears could be developed. In this case, possibly watching films of people being attacked (fictionally) and what they could have done to prevent or escape the attack.

Ending Dr. Hudson’s reliance on alcohol would also have to be dealt with in her therapy. She uses this as a numbing agent or as a kicker to her anti-anxiety drugs. In confronting her issues, it would be assumed she could become less reliant on these substances and live a much more normal life. 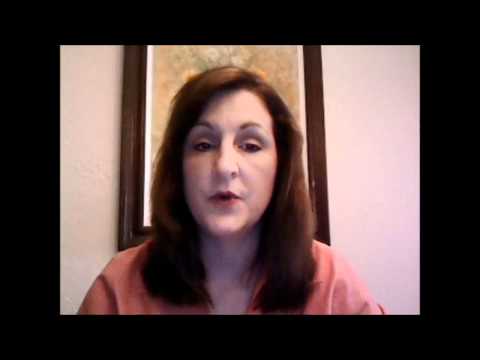 A YouTube element has been excluded from this version of the text. You can view it online here: http://pb.libretexts.org/temp/?p=951