Autism is the most commonly studied of a spectrum of developmental disorders that are believed to be neurobiologically based but which, at this point, for lack of good biomarkers, are defined purely by behavior. In the last 20 years, the definition of autism has shifted in emphasis from extreme aloofness and positive signs of abnormality in repetitive and sensorimotor behaviors to a greater awareness of the importance of more subtle reciprocal social communication deficits as core features. Standard diagnostic instruments were developed for research purposes to acquire information both through caregiver interviews and direct clinical observation. Use of these instruments in clinical practice resulted in major improvements, which in turn affected research results. These results yielded further improvements that led to changes in clinical practice over time (Lord, 2010).

Autism is the most representative type of PDD, as well as the most researched. This subtype was first characterized by Leo Kanner in 1943 (Hoffman, 2009).

He reported several principal distinctions of the disorder, to include the following:

He also asserted that this disorder was innate, which reflects our current research on the heritability of autism.

B. Delays or abnormal functioning in at least one of the following areas, with onset prior to age 3 years: (1) social interaction, (2) language as used in social communication, or (3) symbolic or imaginative play.

C. The disturbance is not better accounted for by Rett’s Disorder or Childhood Disintegrative Disorder.

Twin and family studies have established that there is a strong genetic basis for autism spectrum disorders. To facilitate the identification of susceptibility genes and to study pathways from gene-brain to cognition a more refined endophenotype-based approach may be useful. The neurocognitive endophenotype of autism was examined in families with multiple incidence autism. Children with autism showed weak central coherence but this “trait” could not be found in their parents nor in non-affected siblings. All family members, including the sibpairs with autism, showed deficits within executive functions, involving planning ability, but normal set-shifting. The sibpairs with autism–but not their other family members–showed significant correlations within two visuo-spatial tasks. Deficits in executive functions (specifically planning ability) appear to characterize the broader endophenotype of autism (Nyden, Hagberg, Gousse, & Rastam, 2011).

Autism is more prevalent in boys than in girls with a 3 or 4:1 ratio, although females exhibit more severe mental retardation. Autism knows no “ethnic boundaries” because it is seen throughout the World. In some studies; however, some countries have higher percentages of autism. It is noteworthy that in one study Denmark and Finland were at 29.5% and 18% as two of the highest countries with autism in that one study. Autism is found throughout an assortment of geographical locations, social groups, and ethnic groups. Females tend to have lower intellectual functioning and more severe symptoms. Higher functioning females, however, show less severe symptoms than matched males.

The rates for autism is also affected by the size of the population, with larger populations having more cases of the disorder such as the U.S.

In 1996 it is reported that 1 in 10,000 people were diagnosed with autism with a rate of 10-17% annually. About 10% of those with autism are savants. Autism is sometimes resembled by developmental language disorder and childhood-onset schizophrenia. Co-morbidity rates vary greatly by disorder and reveal that 40-69% have mental retardation, widely varied rates of depression and anxiety. The diagnosis of Mental Retardation in individuals with Autism can range from mild to profound. Tic behaviors are more common than in the population and high rates of seizure disorders also. Population estimates range from 16-62 per 10,000 across all PDDs. Most parents report symptoms before 12 months, but average diagnosis is at four years. There are instruments for early screening available but have their limitations. There is a lack of transition from university based to school based intervention programs that has hampered early intervention programs.

The onset of Autistic Disorder is prior to age three. Some parents will report being worried about the child since birth or shortly thereafter. In some cases, the child may have been developing normally during the first year. Autism has a continuous course. In children, developmental gains in some areas are common, but some individuals deteriorate during adolescence. Language skills and intelligence are the strongest factors related to prognosis. Only a small percentage go on to work and live independently. In about one-third of cases, some degree of partial independence is reached. Many facilities to improve daily living skills have been developed in order to teach those with Autistic Disorder daily living skills to provide a higher quality of life and independence. The highest functioning with Autism usually continue to show problems with social interaction and communication with restricted interests.

Genetic factors appear to have a large effect on autism. Most autistic children inherit autism from their parents. There is an increased risk for autism among siblings of the individual with this disorder. It has been found that approximately 5% of siblings are also afflicted with this condition and may also be at higher risk for developmental delays.

Environment is a huge cause of autism. Exposure to chemicals in the environment are “neurodevelopmental toxins” for the baby.
Mercury, polychlorinated biphenyls, lead, brominated flame retardants and pesticides are all chemicals that with exposure could cause harm to a child. People with relatives that have autism are more likely to be autistic. There are two courses typically seen that include a symptom onset before twelve months, and a regular development followed by a loss of skills or regression before three years, primarily language. Seventy-five percent will not live independently, even with early interventions. High IQs and early development of social communication skills are related to better prognosis. Effective programs have high levels of family involvement, strategies for generalizing learned skills with a functional approach to problem behaviors. There is also common curriculum focusing on attention/compliance, motor imitation, communication, appropriate toy use, and social skills. There are high structured environments with low student-to-staff ratio.

Contrary to widespread beliefs in certain communities, there is no link between childhood vaccinations and autism. Indeed, in 2010 the British medical journal The Lancetretractedthe original 1998 paper by Andrew Wakefield that raised the possibility of a connection, citing concerns about ethical violations. In particular, Wakefield was found to have “been dishonest, violated basic research ethics rules and showed a “callous disregard” for the suffering of children involved in his research.” For more, please visit this NY Times article.

Pivotal Response Training (PRT) has been seen as an effective treatment for children with autism. The effectiveness of PRT increases the earlier the child begins the treatment (ideally before the age of four). PRT focuses on enhancing the relationship between social communication responses and the consequent reinforcers of such responses appear to increase behaviors characteristic of motivation and improve environmental and social interactions (Kazdin, 2003).
Interventions in which the child responds to a combination of maintenance and acquisition tasks, as seen in PRT, have resulted in improved correct responding (Dunlap, 1980), increased rate of target behavior acquisition, and positive child affect (Dunlap, 1984).

In children: parents, teachers, and therapists work together in efforts to help social adjustment and speech development. Typically, autistic children that are lower functioning are placed in a self-contained classroom in order to receive instruction which encompass daily living skills as well as general education. The eduction is adapted to each individual child’s developmental age with the goal to reach their biological age.

A loving and supportive family is important. Parents should be involved in treatment therapies. Good communication between the family, therapists, and educators are essential. It is important for the parents to be involved in the creation of an individual education plan (IEP) in order to set goals for their autistic child. This allows both parents and educators to be on the same page as to the steps they will take in order to achieve these goals. It is vital that tasks and behavior reinforcements maintain consistency between home and school.

It is important to examine practical applications of previous and current research on mental space, ambiguous figures, and theory of mind. For example, autism is a neural developmental complication characterized by constrained social interaction and communication. Research may indicate that children with autism have difficulties with ambiguous figure reversals and theory of mind tasks, which are related to impaired social skills (Gopnik & Rosati, 2001). Specifically, it has been postulated that social withdrawal in children with autism is correlated to lack of fixation on faces (Riby & Hancock, 2009). In a recent study, Riby and Hancock (2009) used a Tobii 1750 eye-tracker to record the fixation duration on faces by participants with and without autism. The researchers had participants view two kinds of pictures displayed on a computer screen. The first set of pictures depicted natural landscapes. Half of these pictures contained only landscapes, while the other half had small faces embedded in the scene (Riby & Hancock, 2009). The second set of pictures depicted scenes with people in them that had been scrambled so that each square was a piece of the picture, but out of order (Riby & Hancock, 2009). The experimenters’ results indicated that participants with autism made significantly shorter face fixations than participants that were typically developed.

Eye fixation research has many applications in psychology. Eye-tracker devices can measure eye fixations on different cognitive tasks such as processing linguistic information, reading, problem solving, processing spatial information, and processing real-world scenes (Just & Carpenter, 1976). Other research with eye-trackers has shown that adults of normal cognitive functioning fixate mostly on the eyes when viewing faces (Walker-Smith, Gale, & Findlay, 1977). However, people with autism tend to spend less time fixating on the eyes and other defining features of faces (Boraston & Blakemore, 2007). According to Boraston and Blakemore (2007) “… eye-tracking could be a way of closing the gulf between performance on cognitive tests and everyday social ability of individuals with autism” (p. 895).

Impaired performance in a range of imitation tasks has been described in children with autism spectrum disorders (ASD) and several underlying mechanism have been suggested. It has been examined whether imitation abilities are related to autism severity and to motor skills. Furthermore, the performance of children with ASD in four imitation situations (body movements and “action on objects”, using meaningful and non-meaningful tasks) was compared. Comparison of the four imitation situations revealed that performances of meaningful actions were better than non-meaningful actions and imitation of “action on objects” was better than imitation of body movements. The current research supports the fact that socio-communication deficits and not motor abilities are linked to imitation abilities in young children with autism (Zachor, Ilanit, & Itzchak, 2010).

Atypical forms of autism may yield insights into the development and nature of the syndrome. A study of nine congenitally blind and seven sighted children who, eight years earlier, had satisfied formal diagnostic criteria for autism and had been included in groups matched for chronological age and verbal ability. A substantially higher proportion of blind (eight out of nine) than sighted (none out of seven) children now “failed” to meet formal DSM criteria for autism. Follow-up of nine congenitally blind children with autism revealed that, in adolescence, only one still satisfied diagnostic criteria for the syndrome (Hobson & Lee, 2010). 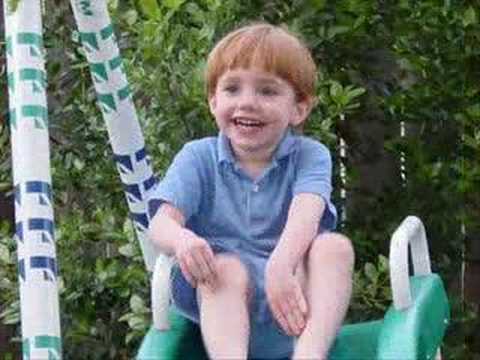 A YouTube element has been excluded from this version of the text. You can view it online here: http://pb.libretexts.org/temp/?p=1025