What is the point of perceiving things if we cannot interact with them in some way? Perception is rarely a passive experience; it is almost always shaped by some kind of goal. Our perception is also shaped by the fact that it simply isn't feasible to process our entire sensory experience. We selectively attend to subsets of our experience and process that; much of our sensory world is not encoded. What we attend to depends on our goals at the moment, so our actions shape our perception and our perception shapes our action.

The relationship between perception and action is best described by a diagram with an arrow pointing both ways. Perception selects targets for action and helps us correct errors as we execute actions. Broadly speaking, there are two kinds of actions: navigation (moving around our environment) and intentional movements (such as reaching/grabbing) Fig 8.3.1.

Acting on unconscious sensory information is possible. There are a few dramatic examples of action without perception. For example a patient, DF, could mail letters through a slot but couldn’t tell you if the slot had a horizontal or vertical orientation, or patient TN, who was completely blind but could navigate cluttered hallways. TN’s case makes it obvious that visual information reaches the non-visual regions of the brain (such as areas of the parietal cortex) even when the primary visual cortex (V1) is not functioning typically. 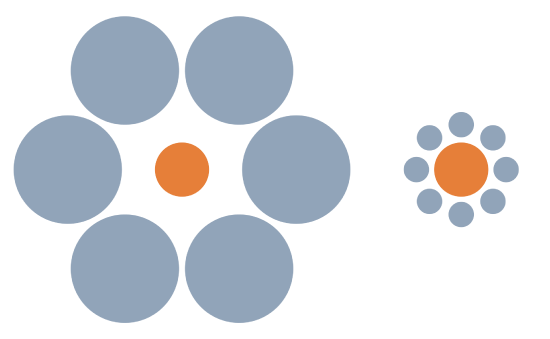 Fig 8.3.2 The two orange central circles are exactly the same size; however, the one on the right appears larger.

Similarly, healthy controls accurately grasp a center object affected by the rod-and-frame illusion, which is the phenomenon that the orientation of a line is altered by surrounding lines or grating (Dyde, 2000). These studies suggest that all of us maintain a “raw copy” of sensory information, separate from the version that we’re consciously aware of (which has been shaped by inference), to guide action. However, there is contradictory research indicating that motor planning (Craje, 2008) and reaching behaviors (Dyde, 2000) can be impacted by illusions. So it remains an open and interesting question: When is our behavior influenced by illusions, and when does control of our motor system ignore illusions?