Adolescence is a period of significant cognitive, physical and social development, including changes in family and peer relationships.

Adolescence is a transitional stage of physical and psychological human development, generally occurring between puberty and legal adulthood. Though the period of adolescence is most closely associated with the teenage years, chronological age provides only a rough marker of adolescence, and scholars have found it difficult to agree upon a precise definition. Thus, a thorough understanding of adolescence depends on information from various perspectives, most importantly from the areas of psychology, biology, history, sociology, education, and anthropology. Within all of these disciplines, adolescence is viewed as a transitional period between childhood with the purpose of preparing children for adult roles.

The end of adolescence and the beginning of adulthood varies by country and by function. Even within a single nation-state or culture, there can be different ages at which an individual is considered to be (chronologically and legally) mature enough to handle certain tasks. In the west, such “coming of age” milestones include driving a vehicle, having legal sexual relations, serving in the armed forces or on a jury, purchasing and drinking alcohol, voting, entering into contracts, completing certain levels of education, and marrying. Adolescence is usually accompanied by increased independence and less supervision by parents or legal guardians.

The study of adolescent development often involves interdisciplinary collaborations. For example, researchers in neuroscience or bio-behavioral health might focus on pubertal changes in brain structure and its effects on cognition or social relations. Sociologists interested in adolescence might focus on the acquisition of social roles (e.g., worker or romantic partner) and how this varies across cultures or social conditions. Developmental psychologists might focus on changes in relations with parents and peers as a function of school structure and pubertal status.

Peer groups are especially important during adolescence, a period of development characterized by a dramatic increase in time spent with peers and a decrease in adult supervision. Adolescents also associate with friends of the opposite sex much more than in childhood and tend to identify with larger groups of peers based on shared characteristics.

Peer groups offer members the opportunity to develop various social skills like empathy, sharing and leadership. They can have positive influences on an individual, including academic motivation and performance. They can also have negative influences and lead to an increase in experimentation with drugs, drinking, vandalism, and stealing. Susceptibility to peer pressure increases during early adolescence, peaks around age 14, and declines thereafter.

During early adolescence, adolescents often associate in cliques; exclusive, single-sex groups of peers with whom they are particularly close. Toward late adolescence, cliques often merge into mixed-sex groups as teenagers begin romantically engaging with one another. These small friend groups break down even further as socialization becomes more couple-oriented. Despite the common notion that cliques are an inherently negative influence, they may help adolescents become socially acclimated and form a stronger sense of identity.

Romantic relationships tend to increase in prevalence throughout adolescence. By age 15, 53 percent of adolescents have had a romantic relationship that lasted at least one month over the course of the previous 18 months. A 2002 American study found that the average age of first sexual intercourse was 17 for males and 17.3 for females. As individuals develop into mature adolescents, there is an increase in the likelihood of a long-term relationship, which can be explained by sexual maturation and the development of cognitive skills necessary to maintain a romantic bond (e.g. caregiving, appropriate attachment). Long-term relationships allow adolescents to gain skills necessary for high-quality relationships later in life and contribute to development of feelings of self-worth.

Adolescence marks a time of sexual maturation, which impacts the types of social interactions adolescents maintain. While adolescents may engage in casual sexual encounters (often referred to as hookups in the United States), most sexual experience during this period of development takes place within romantic relationships.

Adolescents strive for autonomy. According to McElhaney et al., there are three ways in which autonomy can be described: 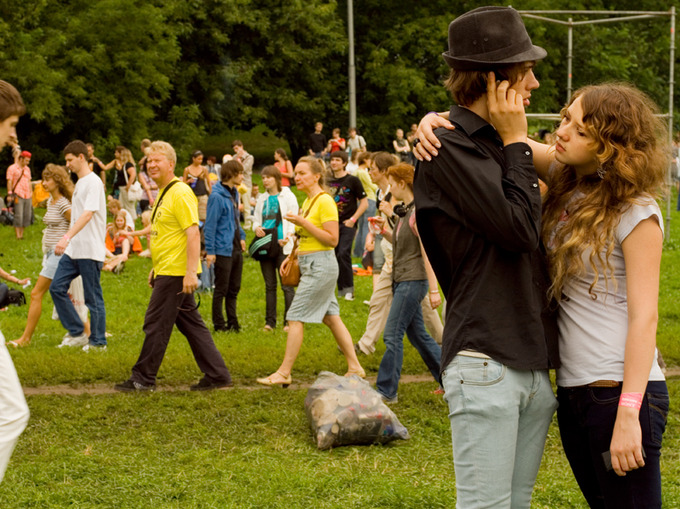 Adolescent Flirtation: Adolescence is a time of social and sexual exploration.