Nonverbal communication is the process of communicating by sending and receiving wordless messages.

Posture, or a person’s bodily stance, communicates much about a person’s perspectives. Various postures include slouching, towering, shoulders forward, and arm crossing. These nonverbal behaviors can indicate a person’s feelings and attitudes. Posture can be used to determine an individual’s degree of intention or involvement, the difference in status between interlocutors, and the level of fondness a person has for the other communicator, depending on body “openness.”

Studies investigating the impact of posture on interpersonal relationships suggest that mirror-image congruent postures, where one person’s left side is parallel to the other person’s right side, lead communicators to think favorably about their exchange. Posture is socialized and geographical, meaning that an individual learns different ways to carry themselves in different contexts. A housewife from Kansas City will compose herself differently than a dock worker from Portland, who will compose himself differently than a teenager in Seattle. Generational differences demonstrate how posture is socialized; older generations were taught to carry themselves with their shoulders farther back, prompting parents to remind today’s youth to stop slouching.

Gestures are movements with one’s hands, arms, or face that communicate a particular message. The most common gestures are emblem gestures or quotable gestures that are learned within a particular cultural to communicate a particular message. For example, in the Western world, waving one’s hand back and forth communicates “hello” or “goodbye. ” Emblem gestures can vary by cultural space so widely that a common gesture in one context is offensive in another. Facial gestures, or facial expressions, are a particularly communicative form of gesture. With all of the various muscles that precisely control the mouth, lips, eyes, nose, forehead, and jaw, human faces can make more than ten thousand different expressions. Facial expressions are more difficult for the “speaker” to manipulate, given that so many micro-movements are involved in the creation of one expression. This makes facial gestures extremely efficient and honest, and are therefore heavily relied upon in by the “listener” in evaluating the “speaker’s” assertions.

Clothing is a means of communicating nonverbally that relies upon materials other than one’s body. Further, it is a form of nonverbal communication that everyone engages in unless living on a nudist colony. The types of clothing an individual wears convey nonverbal clues about his or her personality, background, and financial status. Even if an individual does not put much thought into his attire, what he wears still communicates something to others, even unintentionally. An example of how people are aware that their clothing serves to communicate is the notion of proper dress. You would dress differently to go to a wedding than a job interview than camping. 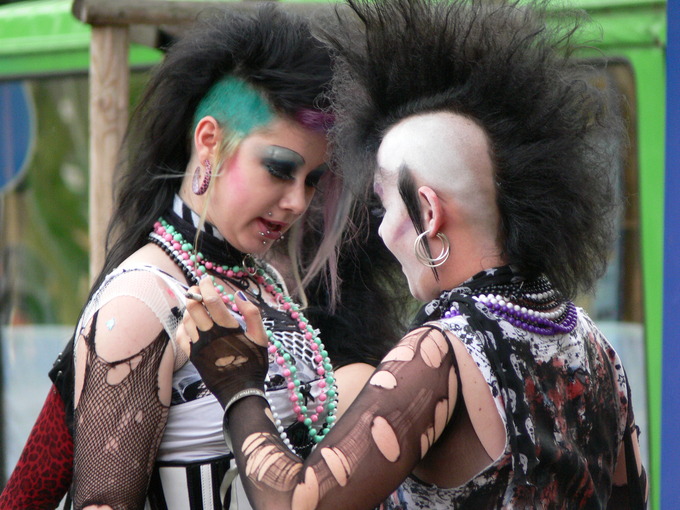 Clothing: How we choose to dress and style ourselves sends a message about us to the world.

Nonverbal communication can have serious consequences, even if the public understands the message they are receiving is being conveyed unintentionally. For example, individuals tend to trust and support taller people. Obviously, an individual has no control over his height but, nevertheless, others perceive height to communicate certain character traits. In American elections, the taller candidate usually wins. In the 2004 presidential debates, George W. Bush (the shorter candidate) insisted that his podium be altered so that he appeared to be the same height as John Kerry. The point is that everything about ourselves, whether under our control or not, communicates information to an audience. 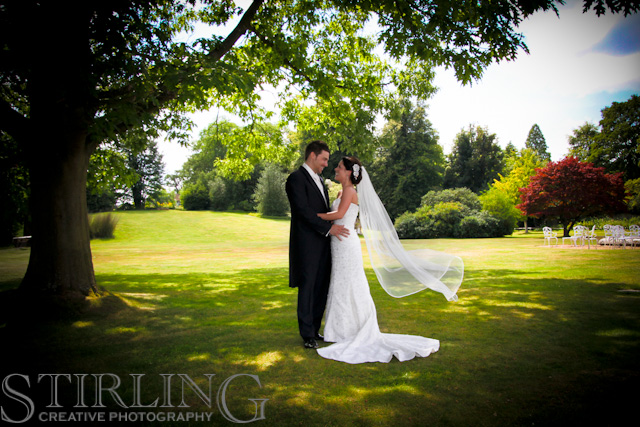 Nonverbal communication: One can tell that this couple is in love through nonverbal exchange. Obviously, the picture doesn’t talk, but from the couple’s posture, facial expressions, and clothing, one can tell that they’re getting married.