In spite of purported economic growth, both women and men in Mexico have to deal with social stratification, poverty, and unemployment.

In the wake of the Mexican Revolution (1910-1917), the prevailing land distribution system, in which a handful of hacienda owners overworked and underpaid millions of peasants, was overturned by new Mexican leaders, who replaced it with a nominally socialist democracy. From 1930 until 1970, Mexico instituted this new economic policy. During these forty years, a time period economic historians have dubbed the “Mexican Miracle,” the nation experienced dramatic economic growth and capital accumulation. The nation adopted policies of economic protectionism, which contributed to an economic boom in which industries rapidly expanded their production. Important changes in the economic structure included the following:

As a result of these changes, between 1940 to 1970, the population of Mexico doubled, and the gross domestic product (GDP), the sum of national production and a common measure of economic growth, increased sixfold.

Social stratification, or the grouping of individuals into a hierarchy based on socioeconomic status, is highly present in Mexico and can be traced back to the colonial period. During the colonial period, before Mexico’s independence, the upper class was composed of those who owned land, and the lower class was composed of those who worked the land. After the Mexican Revolution, the government ceded an estimated 50% of the land to the general population. Though this slightly reduced the gap between the wealthy and the poor, land ownership continued to be a main source of wealth for Mexicans, and it dictated the hierarchy of wealth distribution amongst the population.

The gap between the rich and poor has not only remained large between classes, but also has been growing between northern and southern regions. As reforms have taken place, the southern states, such as Chiapas, Oaxaca, and Guerrero, have remained isolated from the rest of the country. The national government provides less funding to these southern regions than to northern regions. Consequently, infrastructure, social development, education, and economic growth have lagged behind in southern states. These states have the highest levels of illiteracy and unemployment, and the lowest levels of urban infrastructure, government stability, and basic services, like running water and sanitation.

Poverty in Mexico is characterized as a lack of access to basic human needs, such as nutrition, clean water, and shelter. Poverty can also include a lack of access to social services such as education, healthcare, security, and income. Current statistics indicate that as much as 44.2% of Mexico’s population lives below the poverty line, as defined by the country’s National Council of Social Development Policy Evaluation. In 2008, 33.7% of the population lived in moderate poverty, and at least 10.5% suffered from extreme poverty.

While the causes of poverty are multiple, many social scientists have posited that the government’s emphasis on national economic growth has neglected the needs of the country’s poorer citizens. For example, Mexico’s heavy dependency on foreign influences, particularly the United States, has led it to adopt policies that do not favor its own citizens. Similarly, many critics claim that while the NAFTA agreement proved effective in increasing Mexico’s economic performance, foreign trade policies have not done enough to promote social advancement and reduce poverty. To remain competitive in the international market, Mexico has had to offer low wages to its workers, while at the same time allowing high returns and generous concessions to international corporations.

Unemployment, or the rate of potential members of the labor force who are unable to find or maintain employment, has been at continuously high levels in Mexico. In spite of splendid macroeconomic indicators, low levels of inflation, and stable currency, job creation has not kept pace with a growing population and labor pool.

Underemployment refers to an employment situation that is insufficient in some important way for the worker, such as holding a part-time job despite desiring full-time work, or being over-qualified for a position. Over-qualification occurs when an employee has education, experience, or skills beyond the requirements of the job.

In Mexico, underemployment results largely from over-qualification. There are few high paying jobs available for university graduates. Often, college graduates search for years to find a job that is suitable for their qualifications, while working low-paying jobs that do not utilize their skills in the meantime. Situations like this have caused the standard of living among the urban middle class to deteriorate and has also resulted in emigration from this sector to other countries, especially the United States and Canada. The situation also depicts how Mexico’s economy has failed to provide the structural opportunities for social mobility that industrialization and economic development purportedly promise. 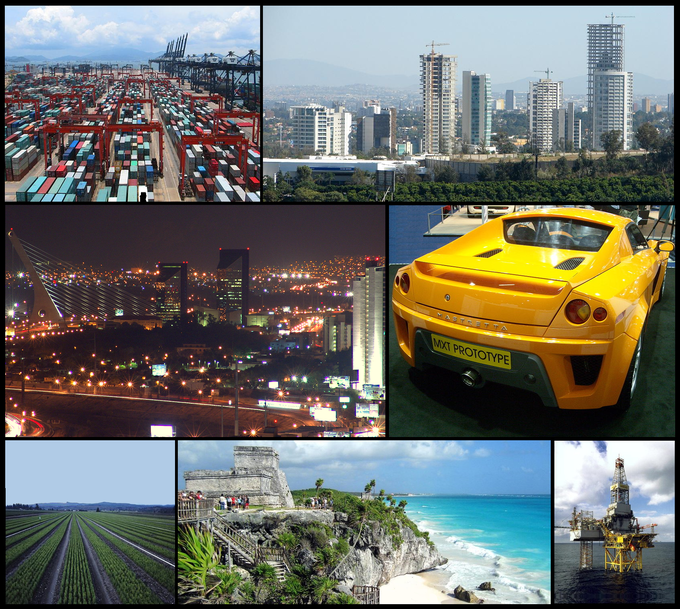