Over the past three decades, marriage rates in the United States have increased for all racial and ethnic groups.

Marriage is a social union or legal contract between people, called spouses, that creates kinship. The definition of marriage varies according to different cultures, but is usually an institution in which interpersonal relationships, usually intimate and sexual, are acknowledged. Such a union is often formalized through a wedding ceremony.

Marriage Rates in the United States

African Americans have married the least of all of the major ethnic groups in the U.S., with a 29.9% marriage rate, but have the highest separation rate which is 4.5%. This results in a high percentage of single mother households among African Americans compared with other ethnic groups (White, African American, Native Americans, Asian, Hispanic). This can lead a child to become closer to his/her mother, the only caregiver. Yet one parent households are also more susceptible to economic difficulties. Native Americans have the second lowest marriage rate at 37.9%. Hispanics have a 45.1% marriage rate, with a 3.5% separation rate. 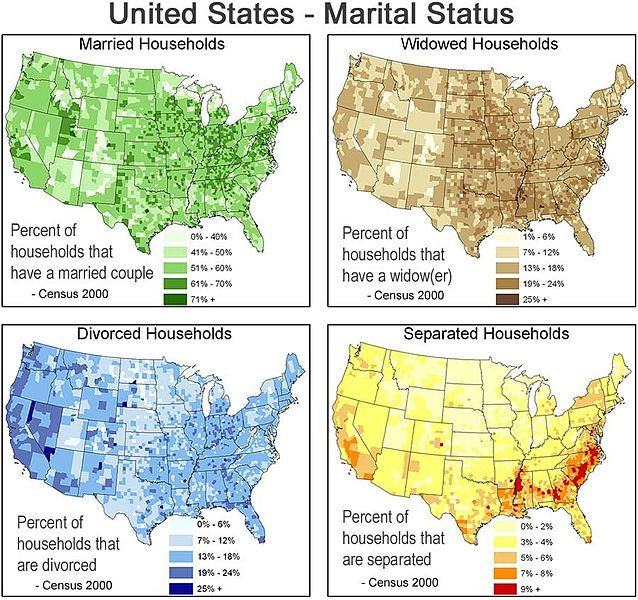