Tracking separates students within a school into different tracks based on their skills and abilities.

Whereas the Coleman Report focused on between school effects, or inequality between different schools, other research has looked at within school effects, or ways in which inequality may be produced or maintained among students in the same school. One of the primary mechanisms for creating and maintaining inequality within schools is tracking. Tracking was once popular in English-speaking countries, but is less used now.

Tracking consists of separating pupils into groups by academic ability. Student can be tracked for all subjects or for certain classes and curriculum within a school. Proponents of tracking argue that it allows teachers to better direct lessons toward the specific ability level of the students in each class. Another positive aspect of tracking is that since it separates students by ability, students’ work is only compared to that of similar-ability peers. Supporters of tracking also note that it allows for higher achievement of high-ability students. A 1992 study by Kulik and Kulik found that high-ability students in tracked classes achieved more highly than similar-ability students in non-tracked classes.

Studies show that, while tracking for regular instruction makes no real difference in scholastic achievement for low and average ability students, it does produce substantial gains for gifted students in tracks specially designed for the gifted and talented. In other words, tracking can promote even higher achievement among high-achieving students, but it does little to improve the achievement of lower achieving students. Additionally, some studies suggest that tracking can influence students’ peer groups and attitudes regarding other students. A 1992 study by Gamoran showed that students are more likely to form friendships with other students in the same tracks than students outside of their tracks. 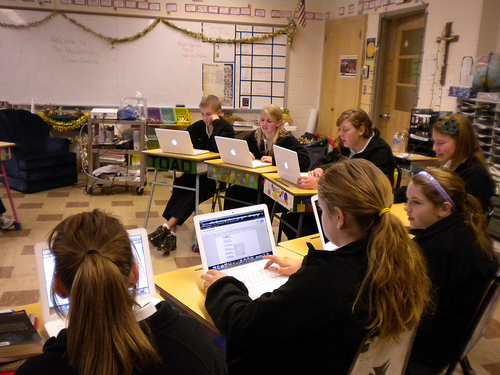 Critics worry that by keeping students separate, tracking tends to reinforce rather than overcome educational inequalities. This may be particularly true since low-track classes tend to have higher proportions of low-income and minority students, while upper-track classes are often dominated by students from high socioeconomically backgrounds. In this respect, tracking may not only reinforce academic inequalities, but also reinforce class- and race-based disparities in educational quality. Students from more privileged backgrounds gain access to higher quality instruction in upper-level tracks, while, even within the same school, poorer students are relegated to lower-level, less challenging tracks.

The 2010 HBO documentary, A Small Act, documented Kenyan students’ difficulty affording secondary schools. These elite schools were viewed as pathway to law school, medical school, and other forms of advanced education. Students who were kicked out of school for insufficient funds were essentially fated to lives of poverty. In Kenya, having only a primary school education prepared one for menial labor, while secondary school equated to future social mobility for poor Kenyan children.

Detracking occurs when students are deliberately positioned into classes of mixed ability. As opposed to tracking, students are no longer placed in groups based upon academic achievement or ability. Tracking can be associated with giving students in low-track classes less resources, fewer experienced teachers, low expectations, and non-challenging curricula. Proponents for detracking believe that low-track students will greatly benefit in school achievement if they are mixed in with high-track students.

Ability grouping, tracking and grouping alternatives: This video explores the history, practice, perils and alternatives to grouping students for classroom instruction according to their perceived abilities. 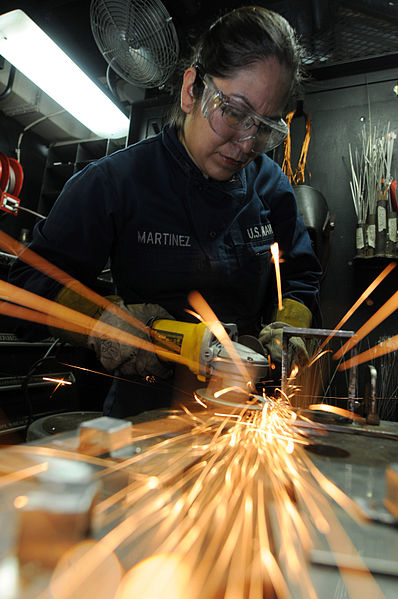 A Navy technician welding: Vocational tracks may teach skills such as welding or encourage students to join the armed forces