In Lenski’s view, inequality is a natural product of societal development.

In sociologist Gerhard Lenski ‘s view, inequality is a product of societal development. Lenski differentiated societies based on their level of technology, communication, and economy. Human groups begin as hunter-gatherers, move toward pastoralism and/or horticulturalism, develop toward an agrarian society, and ultimately end up industrializing (with the potential to develop a service industry following industrialization ). While this is a common progression, not all societies pass through every stage.

The origins of inequality can be found in the transition from hunter/gatherer societies to horticultural/pastoralist societies. In hunter/gather societies (around 50,000 B.C.), small groups of people gathered what they could find, hunted, and fished. People collected enough food to satisfy all of their needs, but no more—there was no surplus of goods. There was little trading between the groups, and there was not much inequality between groups because everyone possessed basically the same goods as everyone else. Division of labor was virtually non-existent—people working for subsistence completed all steps of each job. Food gathering and food production were the focus of work.

In horticultural/pastoralist societies (around 12,000 B.C.), groups grew very large, and humans began to settle in one place. For the first time, people had more time to do work other than producing food, such as making leather and weapons. This new division of labor led to surplus goods and the accumulation of possessions. Groups traded these surplus goods with each other, and trade led to inequality because some people accumulated more possessions than others. As societies developed more advanced technologies and underwent industrialization, more surplus was created, increasing the potential for social inequality. According to Lenski, inequality is the result of increasing surplus—some individuals will have ownership of surplus goods, others will not. Those with more goods have an economic advantage relative to those with less goods because they have greater bargaining power, creating social inequality. 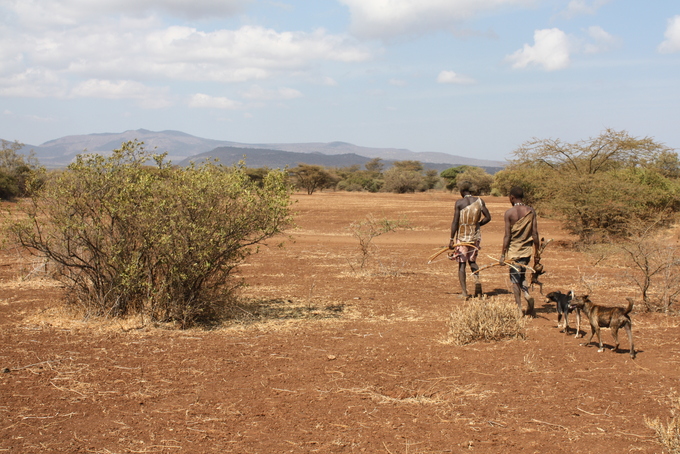 Modern-day Hunter/gatherer Societies: Nearly all societies have become industrialized to varying extents, but a few continue to function based on hunting and gathering. In these societies, there are few surplus goods. According to Lenski, this means that such societies do not exhibit inequality.