Visit Audio Recordings for the audio version of this section.
This chapter aligns with Chapters 3-5 of the PMBOK and 33% of the CAPM questions come from these chapters. The content connects to the Initiating, Planning and Monitoring & Controlling category of the PMP questions. 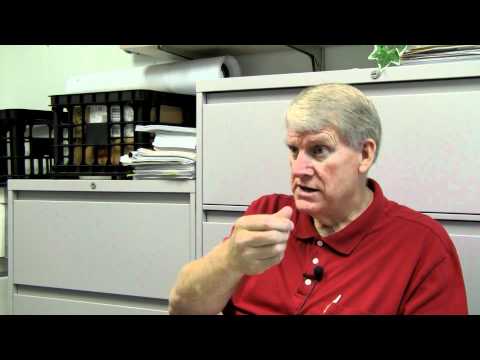 The starting of a project is always an exciting time. There is so much happening and it has to happen so fast, you almost can’t catch your breath. This project was on a technical subject matter, how to fly helicopters. I’ve never flown in a helicopter before, much less piloted one. Sensor operators operating sensitive electronic equipment. So one of the big challenges was getting up to speed on the technology. One of the things that they hadn’t taught me in school that I wished they had taught me was about different types of content and how to do an analysis of the subject matter. Because there were different kinds of subject matter in this training. And we were getting up to speed as quickly as we could, but we were treating the subject matter as if it was procedures and rules and facts that had to be memorized. When in fact it was a very complex skill that had to be learned. And we didn’t analyze it appropriately. So one of the challenges was how to learn the content fast. And how to see in the content structures that even the subject matter experts didn’t see. There were other projects that I worked on where after I had learned to see into content the people had, it’s a skill that you learn as a designer by the way, how to see the constructs that exist in their subject matter. There were times when I could actually anticipate and ask questions where the subject matter expert would say “Oh yeah that is a part of our, that is something that you have to learn in order to do this.” As designers, one of a designer’s biggest challenges at the beginning of a project is getting their minds around the subject matter and seeing invisible structures inside. When training is bad, and as a designer, you get called in to replace somebody else’s bad job, or inadequate job. When training is bad very often it is because the subject matter was misconceived. So that was one big challenge. The other was just a matter of getting budgets completed, and getting staff organized, and getting them assigned to tasks, figuring out who is going to do what. Making sure that–one interesting process that we–that I had to undertake was a challenge. And that was, we created probably four or five hundred different pieces, instructional pieces, actually elements, media elements from videotapes down to individual handout lessons that had to be managed and configure managed–configuration managed. And we had to have a way as they were going through the development process. Each piece that was created had to go through seven or eight stages including, the reviews and the paste-up artists, and the Navy reviews, and the subject matter, excuse me the designer reviews. Artwork had to be created, text had to be written. And so each piece had to go through a chain of events. Managing one piece of instruction through that chain of events, and because there were things that were this kind of event, there were this kind of workbook, or maybe there was this kind of a slide sound presentation, or a videotape, or there were all kinds of different events going through this process. We found that managing that was going to be a nightmare, and so one of things that really saved us on this particular project was we devised a little system of, you normally had some kind of a check off that would go around with each package of material at each stage of development. Well, we devised a little system where each person, as it would get sent to the artist, and it says create the art for this segment. When they had finished it they would check it off and they would put the date and the time and then they would clip that and put it into a box. Each day at the end of work we were able to tell where every segment was because it was going to be on somebody’s desk. We were able to tell how much time they had worked on it and how fast things were moving through this pipeline. And which artists had free time, which artists had surplus–who didn’t have surplus but were being overworked and were falling behind. It was a stroke of luck actually that we discovered early on that we had to have this kind of a tracking system for all these little tiny pieces and parts that had to go through this system. That was a really a stroke. With Art 45, I think our greatest challenge was at the beginning there were so many ideas. Because we had so many artists working on the project, people with art backgrounds. So I think that the challenge was trying to figure out how do we best present this in a long distance atmosphere. Traditionally, with an art class, you’re in the classroom, the teacher is looking at what you’re doing, you’re seeing examples. And so as much as possible we wanted to see how we could give that experience. So it was a combination of having everyone at the table talking about, well this would be a good example of when video would be appropriate for the actual instructor to draw or, you know, show what she is doing. We showed technology, you know, have them show the program and a little video snippet and then some Flash activities where the student can have some kind of virtual experience. So I think that was probably the beginning, the start-up. All these amazing ideas, how to bring them in together and be concrete in deciding okay what is the best way to proceed? Well, the project start-up for the BYU Learning Suite was a little bit kind of an interesting start-up. The way evolved is out of an existing product. We built something called the Syllabus Builder, which was an attempt to offer a systematic way for departments and faculty to build a uniform syllabus. We did a database at the backend of it at the request of a college who needed to output all of their syllabi for creditors. The University as they were going through and looking at the learning management system with the University currently purchases and renews on an annual basis. As they were looking at alternatives to that, one of the administrators took a look at the Syllabus Builder and said “Hey we could extend that and make it into a learning management system.” And so the start-up of the project really came from the University down to us. And they gave us a huge list of requirements. So the start-up was really difficult because we had to pair through all of those requirements and match those against our limited capabilities and see, you know, what could we do in the, with the resources that we had. The people, the money, which is essentially how much can we pay for students. And the time that we have to make all of this stuff. And so, you know, start-up was interesting. And then of course, because of who we are, we have lots of instructional designers, we have consultants who have Ph.D.’s in Instructional Design. So they went out and started talking to faculty and students, so our list of requirements, it got to be really big. And we had, you know, our biggest challenge at start-up was to figure out what we could do in the time frame that the University was going to give us.