Middle adulthood is generally accompanied by a decline in physical health and fertility, and an increase in ability to cope with stress.

Middle age is the period of age beyond young adulthood but before the onset of old age. Various attempts have been made to define this age, which is around the third quarter of the average life span. The U.S. Census lists middle age as including people aged from 35 to 54, while developmental psychologist Erik Erikson argues that middle adulthood occurs from the age of 40 until 65.

Middle-aged adults often show visible signs of aging such as the loss of skin elasticity and the graying of hair. Physical fitness usually wanes, with a 5–10 kg (10-20 lb) accumulation of body fat, reduction in aerobic performance and a decrease in maximal heart rate. Strength and flexibility also decrease throughout middle age. However, people age at different rates and there can be significant differences between individuals of the same age.

Both male and female fertility declines with advancing age. Advanced maternal age increases the risk of a child being born with some disorders, such as Down syndrome. Advanced paternal age sharply increases the risk of miscarriage, as well as Down syndrome, schizophrenia, autism, and bipolar disorder. Middle aged women will experience menopause, which ends natural fertility, in their late 40s or early 50s.

In developed countries, mortality begins to increase more noticeably each year from age 40 onwards, mainly due to age-related health problems, such as heart disease and cancer. However, the majority of middle-age people in industrialized nations can expect to live into old age. In general, life expectancy in developing countries is much lower and the risk of death at all ages is higher.

However, well-being involves more than merely physical factors, and middle age is not experienced as a “time of decline” for healthy people. Middle-aged people benefit from greater life experience than they had when they were young; this contributes to happiness and makes emotional responses to stress less volatile. 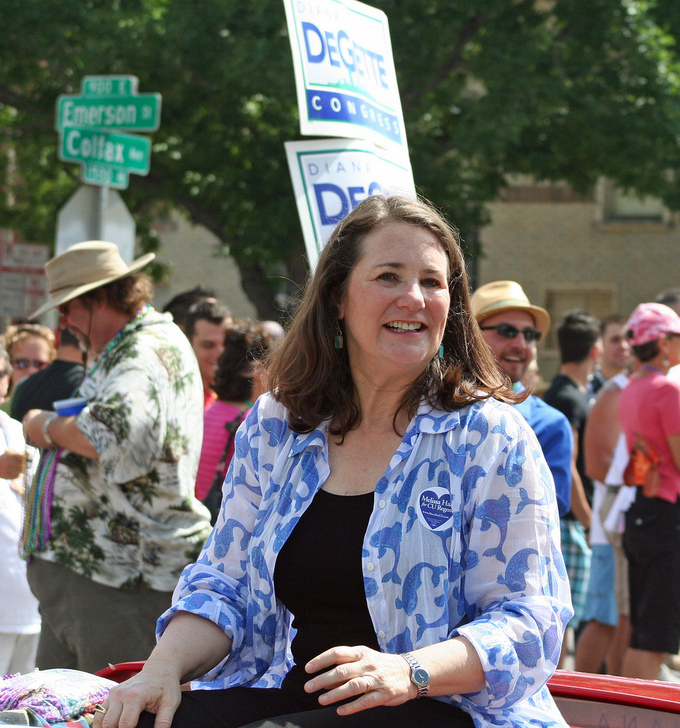 Middle Age: Diana DeGette, a politician from Colorado, was born in 1957 and is in the middle age stage of life.