The traditional family structure consists of two married individuals providing care for their offspring, but this is becoming more uncommon.

The traditional family structure in the United States is considered a family support system which involves two married individuals providing care and stability for their biological offspring. However, this two-parent, nuclear family has become less prevalent, and alternative family forms have become more common. The family is created at birth and establishes ties across generations. Those generations, the extended family of aunts, uncles, grandparents, and cousins, can all hold significant emotional and economic roles for the nuclear family.

The nuclear family is considered the “traditional” family and consists of a mother, father, and the children. The two-parent nuclear family has become less prevalent, and alternative family forms such as, homosexual relationships, single-parent households, and adopting individuals are more common. The nuclear family is also choosing to have fewer children than in the past. The percentage of married-couple households with children under 18 has declined to 23.5% of all households in 2000 from 25.6% in 1990, and from 45% in 1960. However, 64 percent of children still reside in a two-parent, household as of 2012.

A single parent is a parent who cares for one or more children without the assistance of the other biological parent. Historically, single-parent families often resulted from death of a spouse, for instance during childbirth. Single-parent homes are increasing as married couples divorce, or as unmarried couples have children. Although widely believed to be detrimental to the mental and physical well-being of a child, this type of household is tolerated. The percentage of single-parent households has doubled in the last three decades, but that percentage tripled between 1900 and 1950. In fact, 24 percent of children live with just their mother, and 4 percent live with just their father. The sense of marriage as a “permanent” institution has been weakened, allowing individuals to consider leaving marriages more readily than they may have in the past. Increasingly single parent families are a result of out of wedlock births, especially those due to unintended pregnancy.

Step families are becoming more common in America. Divorce rates, along with the remarriage rate are rising, therefore bringing two families together as step families. Statistics show that there are 1,300 new step families forming every day. Over half of American families are remarried, that is 75% of marriages ending in divorce, remarry.

The extended family consists of grandparents, aunts, uncles, and cousins. In some circumstances, the extended family comes to live either with or in place of a member of the nuclear family. About 4 percent of children live with a relative other than a parent. For example, when elderly parents move in with their children due to old age, this places large demands on the caregivers, particularly the female relatives who choose to perform these duties for their extended family. 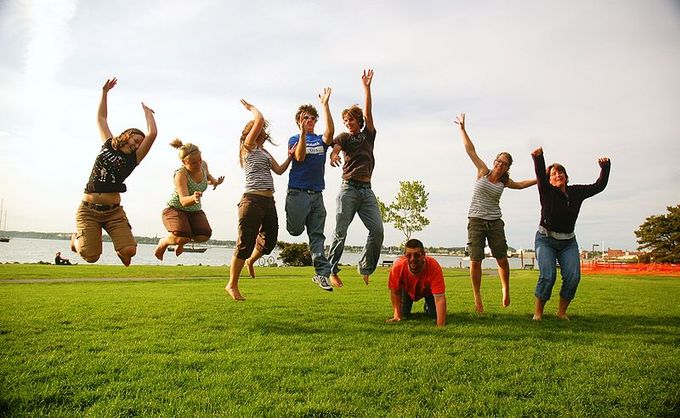 The traditional family in the U.S.: An American family composed of the mother, father, children, and extended family.